Top Posts
‘Company’ to Hit the Road on North American...
Meet the Full Cast of ‘Shucked,’ Coming to...
Full Cast for ‘Parade’ Announced
Stephen McKinley Henderson Gives the Performance of His...
The McKittrick Hotel Announces the Return of ‘The...
Broadway Stars Honored with Academy Award Nominations
Taylor Trensch, Danny Wolohan, and More Join the...
A Gay Road Trip Comes to The Brick...
Maude Apatow of ‘Euphoria’ is the Next Audrey...
Tony Award Winners to Star in ‘Hercules’ at...
Home Reviews You Ask, You Learn, You Live: ‘Jagged Little Pill’
Reviews 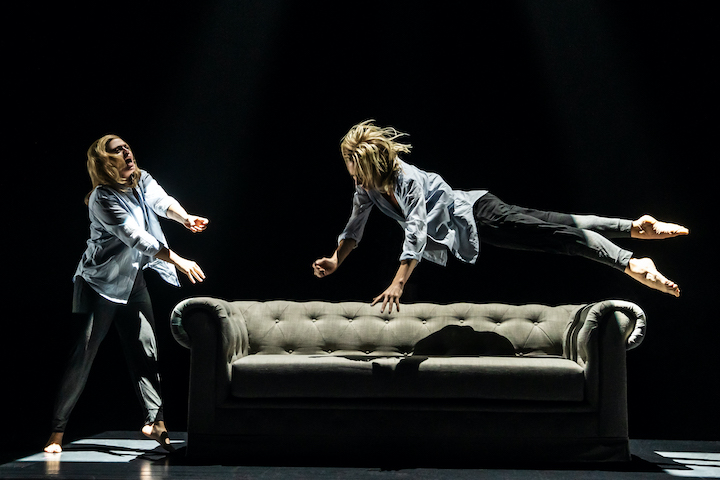 It comes midway through the second act of Jagged Little Pill, and I’m not referring to Lauren Patten’s stop-the-show rendition of “You Oughta Know” that garners a well-deserved standing ovation and will undoubtedly secure the actress a Tony Award nomination. It’s the moment after, as Elizabeth Stanley, portraying a well-coiffed, opioid-addicted mother, melts into a nearly fatal overdose (her alter ego embodied by dancer Heather Lang). She has fallen over the precipice, collectively representing a culture fueled by mind-numbing substance abuse. And it’s absolutely staggering.

Featuring an original book by Diablo Cody (Academy Award winner for her Juno screenplay) and score by Alanis Morissette and Glen Ballard (based on Morissette’s chart-topping 1995 album of the same name), Jagged Little Pill crushes the concept of a jukebox musical, instead, using the album’s alt-rock melodies and emotionally charged lyrics to tackle a catch-all of subjects from addiction and rape to race and sexual identification. Sound like a lot? It is, but director Diane Paulus (Waitress, Pippin, Finding Neverland) manages to mostly wrangle its themes with focus and flair. 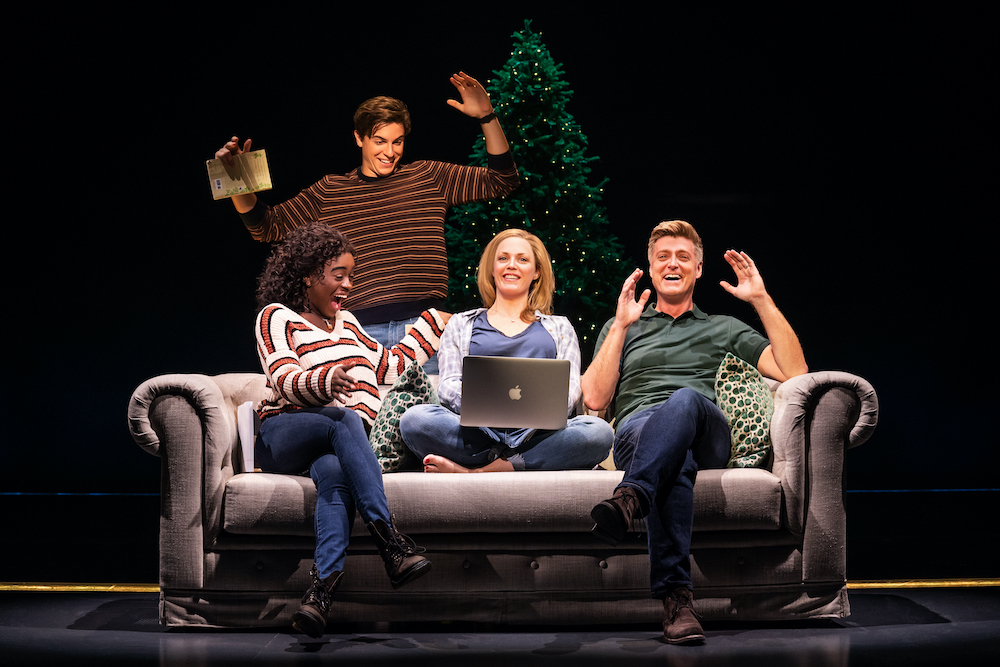 The Healy family provides the anchor to Jagged Little Pill’s multiple storylines. Dad Steve (Sean Allan Krill) and mom Mary Jane (Stanley) are raising their son Nick (Derek Klena) and adopted daughter Frankie (Celia Rose Gooding) in picture-perfect Connecticut. But all is not as it appears to be. Since a car accident last year, Mary Jane (MJ) has become increasingly dependent on prescription drugs; dad watches lots of porn and works late hours, and Frankie — in addition to coming to terms with her racial identity, which differs from her adoptive family, is also exploring her sexuality with casual girlfriend Jo (Patten).

Cody’s script ping-pongs back and forth among the family, relying on Morissette’s familiar tunes to establish a foreboding and unsettling tone that comes to fruition at a high school party where the unthinkable but far-too-familiar happens: Bella (Kathryn Gallagher), a fellow student, is raped. While Frankie advocates for justice, we come to learn that Nick knows more about the incident than first disclosed.

Jagged Little Pill really takes off, though, when the inanimate objects stop moving and those with pulsating hearts take the spotlight. Belgian choreographer Sidi Larbi Cherkaoui makes his Broadway debut with fearless, untethered movement that embodies Jagged Little Pill’s underlying emotional ferocity. From the reverse chronology “Smiling” as MJ scores street drugs for the first time, to Bella’s assault, set to “Predator” with bloodlike liquidity, to Jo’s roaring “You Oughta Know,” backed by a thrashing mosh pit, Cherkaoui delivers a kind of explosive movement never before seen on Broadway.

Jagged Little Pill doesn’t always go down easy. Cody’s script resists tidying up the aftermath of sexual assault but leans into resolution and healing for the Healy family. Most of all, it reflects the creative team’s humility to be in service to the story rather than the outcome. With new arrangements and orchestrations by Tom Kitt, Morissette’s album that defined a generation has become a musical for a new one.