Top Posts
‘Company’ to Hit the Road on North American...
Meet the Full Cast of ‘Shucked,’ Coming to...
Full Cast for ‘Parade’ Announced
Stephen McKinley Henderson Gives the Performance of His...
The McKittrick Hotel Announces the Return of ‘The...
Broadway Stars Honored with Academy Award Nominations
Taylor Trensch, Danny Wolohan, and More Join the...
A Gay Road Trip Comes to The Brick...
Maude Apatow of ‘Euphoria’ is the Next Audrey...
Tony Award Winners to Star in ‘Hercules’ at...
Home Show Folk James Monroe Iglehart Joins Cast of Broadway’s ‘Chicago’
Show Folk 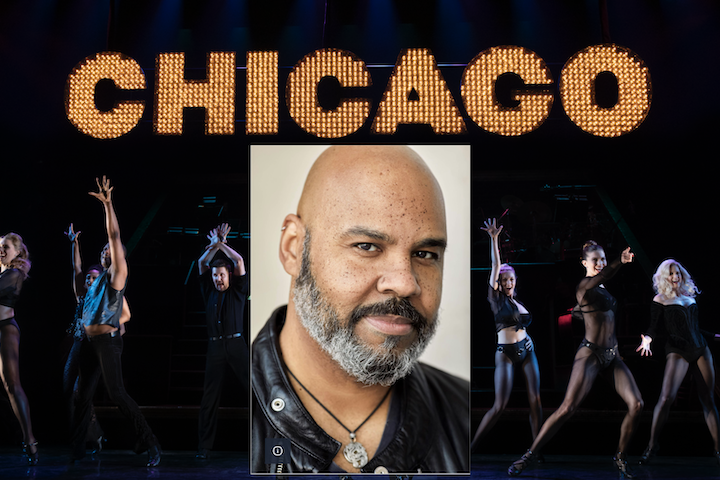 Chicago celebrates its 25th anniversary and currently features Ana Villafañe as Roxie Hart and Bianca Marroquín as Velma Kelly. With a legendary book by Fred Ebb and Bob Fosse, music by John Kander and lyrics by Fred Ebb, Chicago has played more than 9,800 performances since winning six Tony Awards in 1997, including Best Musical Revival.

“This new incarnation, directed by Walter Bobbie and choreographed by Ann Reinking (who also stars), makes an exhilarating case both for ”Chicago” as a musical for the ages and for the essential legacy of Fosse, whose ghost has never been livelier than it is here,” wrote Ben Brantley for The New York Times upon its opening.

Set amidst the razzle-dazzle decadence of the 1920s, Chicago is the story of Roxie Hart, a housewife and nightclub dancer who murders her on-the-side lover after he threatens to walk out on her. Desperate to avoid conviction, she dupes the public, the media and her rival cellmate, Velma Kelly, by hiring Chicago’s slickest criminal lawyer to transform her malicious crime into a barrage of sensational headlines, the likes of which might just as easily be ripped from today’s tabloids.