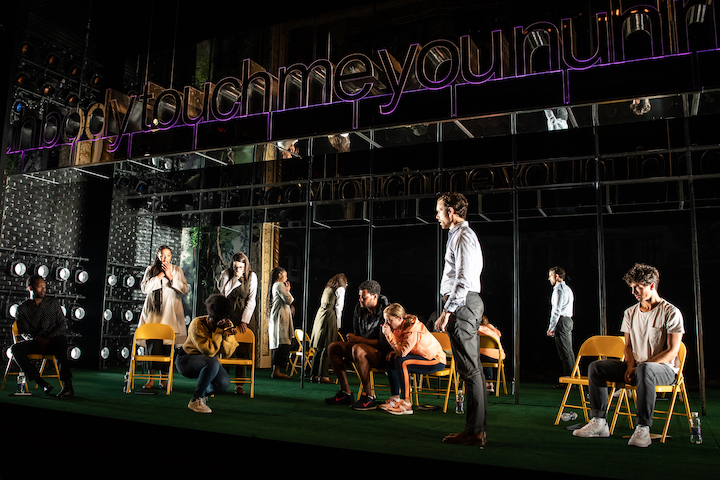 The collection is named in honor of Harris’ grandfather Golden Harris who passed away two weeks before Jeremy learned that Slave Play would play Broadway’s Golden Theatre.

In lieu of sending scripts to Tony Award voters, Slave Play will donate The Golden Collection, totaling 800 individual scripts, to libraries and community centers in all 50 states, Washington, D.C., Puerto Rico, and Guam. Many of these libraries and community centers spotlight historic sites of racial progress, sites of continued racial violence and inequity, and serve predominantly Black communities. Ultimately, this collection was donated to libraries that were passionate about bringing these plays into their communities. The donated scripts were purchased from Sister’s Uptown Bookstore, the oldest Black-owned bookstore in Manhattan and a community resource center.

To encourage individuals to purchase, gift, or donate the collection, Slave Play has also partnered with Books and Crannies, a Black woman-owned independent bookstore, located in Harris’s hometown of Martinsville, VA. For every purchase of the full collection, Books and Crannies will make a $10 donation to the National Black Theatre. To buy, gift, or donate The Golden Collection, please visit the Books & Crannies website.

The collection is being launched in partnership with the Human Rights Campaign, which will host an event celebrating The Golden Collection in the New Year.

In addition to Slave Play, other plays included in the Golden Collection are Les Blancs by Lorraine Hansberry, The Colored Museum by George C. Wolfe, An Octoroon by Branden Jacobs Jenkins, Sweat by Lynn Nottage, A Collection of Plays (Wedding Band and Trouble in Mind) by Alice Childress, Fucking A by Suzan-Lori Parks, We Are Proud to Present a Presentation by Jackie Sibblies Drury, The Mountaintop by Katori Hall, Is God Is by Aleshea Harris, Fires in the Mirror by Anna Deavere Smith, Funnyhouse of a Negro by Adrienne Kennedy, For Colored Girls Who Have Considered Suicide / When the Rainbow Is Enuf by Ntozake Shange, Bootycandy by Slave Play’s Tony Award-nominated director Robert O’Hara, and Dream on Monkey Mountain by Derek Walcott.