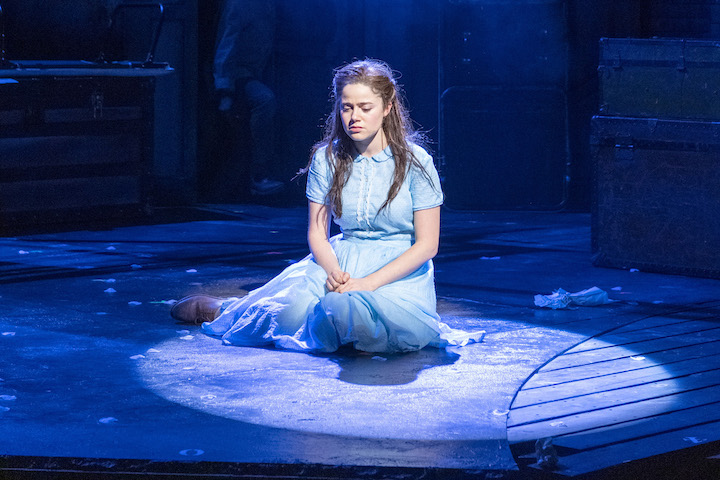 Bursting with absurdist fantasies and an ever-evolving plot that keeps — well, spiraling down a rabbit hole — Lewis Carroll’s Alice in Wonderland provides an abundant foundation for retelling and adaptation. Alice by Heart, a new musical inspired by Carroll’s classic, opens February 26 at MCC Theater and uses the text as an escape mechanism set against London circa World War II.

With a book by Steven Sater and Jessie Nelson (Waitress), music by Duncan Sheik and lyrics by Sater (the Tony and Grammy Award-winning duo that penned Spring Awakening), Alice by Heart brims with references to the beloved tale. It also extrapolates themes and characters relevant to the musical’s setting, and that of today’s landscape.

Sater and Sheik initially explored using Alice in Wonderland in multimedia works. The pair approached Nelson as a collaborator when they decided to put it into a musical form. In this version, Alice reads excerpts of the novel to her friend while they’re seeking refuge from the Blitz bombings. 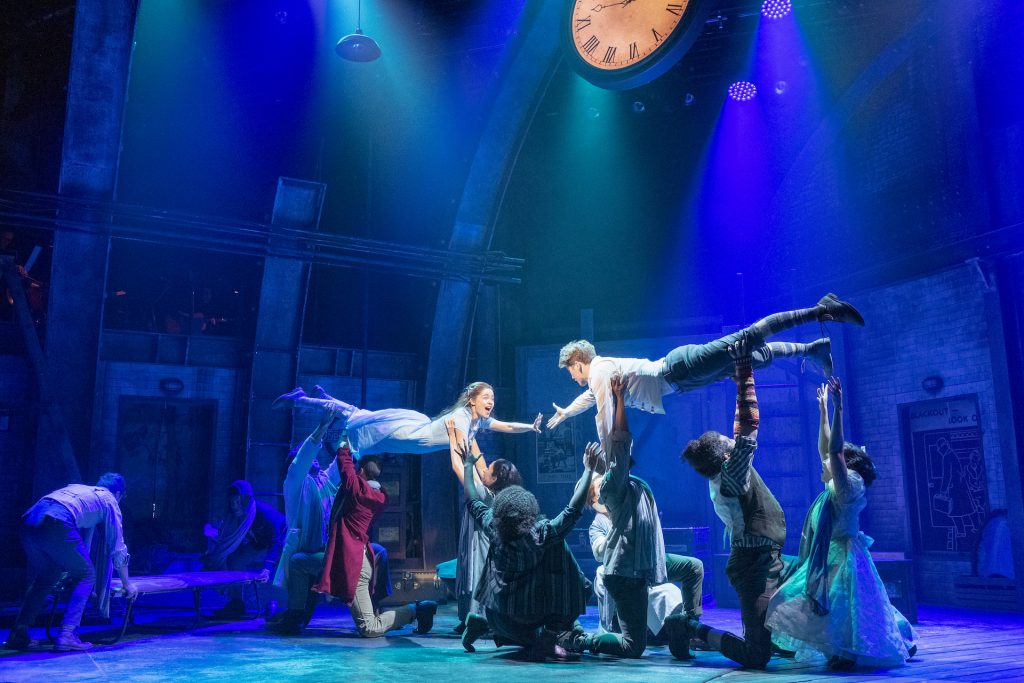 The book’s thinly veiled brutality immediately struck Nelson. “When I revisited the text, I was amazed to see what Alice actually went through on her journey,” she recollects, “how abusive the Mad Hatter and the March Hare and White Rabbit were at the tea party, and how cruel the Red Queen was.” Nelson looked closely at Alice’s growth, noting how lines like “you’re just a pack of cards” show Carroll’s exploration into Alice’s character, and her ability to fend for herself by the tale’s end.

“I think that’s why these stories are so timeless,” Nelson says. “Sometimes the reason fairy tales endure is because they’re dealing with archetypical journeys that everyone can relate to, like this young girl’s journey to find her voice and be her most expansive self.”

Nelson also has a personal connection to the musical’s time period. “My father fought in World War II and told me a lot of stories about the Blitz and being underground in the tube, in the subway station,” she says. “It’s the ultimate metaphor of living underground, of falling down the rabbit hole.” She also latched onto Alice’s growth in the source material, in which the young heroine says she’s shrunk enough and eventually demands to be her expanded self.

Alice by Heart also eerily echoes the current political climate. “Wonderland is led by a mad, narcissistic Red Queen who is kind of crazy and everyone has to answer to them,” Nelson says. “So many scenes are salient to what’s happening today: there are groups of students living in the tube station [in the musical], and there are refugees living in temporary housing today and experiencing horrors.” 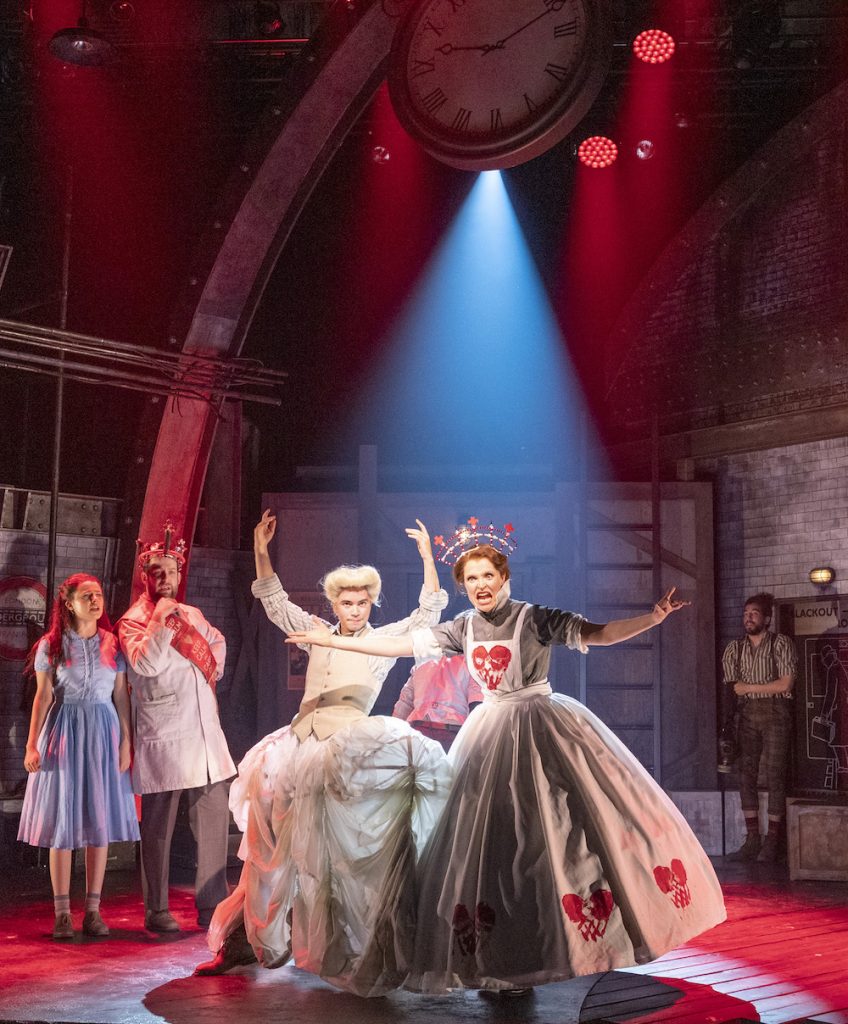 Loss of innocence and childhood naiveté is another theme in Alice by Heart. “Our story is about being confronted with loss and death at such a young age, and moving through those steps and accepting loss in life.” When asked how Alice’s plight in the musical relates to today’s children, often forced to grow up before their time, Nelson agreed that there is a definite connection. “Kids live in a violent world, with school shootings and the like. Our world is so precarious” reflects Nelson. “Kids are confronted with this way before they should be.”

Alice by Heart received a workshop at Vassar College last summer (some of those cast members are in the MCC company, including Molly Gordon and Noah Galvin) and has been fine-tuned over the past months. “Our show has evolved constantly, clarifying Alice’s journey and how it affects and shapes her.”

Audiences will also experience a visually kinetic world through the use of army blankets, helmets, and other wartime articles, as well as a unique physical vocabulary, thanks to the contributions of co-choreographers Rick and Jeff Kuperman.

One thing is for certain: with Jessie Nelson at the helm, expect the unexpected in this journey down the rabbit hole.