Top Posts
Broadway Photographer Matthew Murphy Heads Underground to Help...
Keala Settle Heads to West End to Join...
‘The Kite Runner’ Heads to Broadway for Limited...
First Look at Audible’s ‘Long Day’s Journey Into...
Robert Cuccioli Stars in ‘A Touch of the...
Tim Rice Teases that ‘Chess’ May Come to...
‘Girl From the North Country’ Announces Closing, Sort...
NYC Broadway Week 2-For-1 Tickets Now on Sale
Brittney Johnson Will Be First Black Glinda in...
Broadway-Bound ‘Paradise Square’ Delays Opening Due to COVID-19
Home Show Folk Joshua Henry on Music, Fatherhood and Believing That ‘There Are No Creative Limits’
Show Folk

Joshua Henry on Music, Fatherhood and Believing That ‘There Are No Creative Limits’ 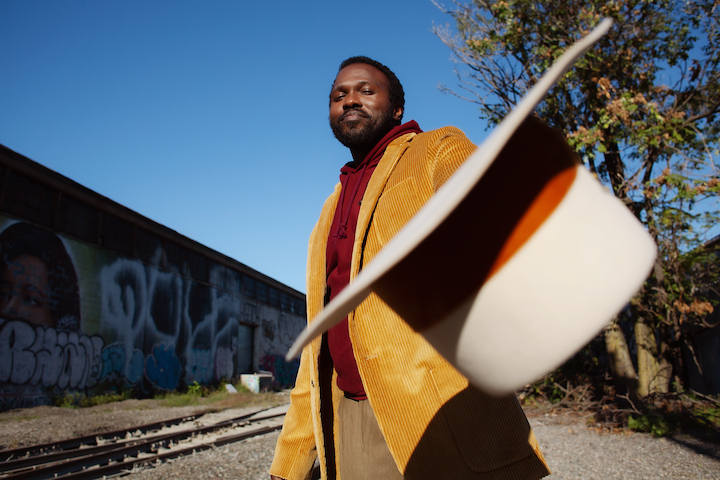 Joshua Henry’s life could have gone in a completely different direction. Had he followed in his mother’s footsteps as an accountant, he might now be crunching numbers or filing other people’s tax returns.

Instead, Henry set his sights on theater, earning a degree from the University of Miami. The choice has rewarded him with three Tony Award nominations (The Scottsboro Boys, Violet, Carousel), a Drama Desk award (In the Heights) and several opportunities in film and television.

Lately, Henry has focused on recording. Earlier this spring, he released his debut EP, Guarantee, along with a newly interpreted cover of a well-known Broadway standard.

Perhaps his proudest role, however, is that of a father. In addition to a three-year-old, Henry and his wife added twins to their growing family in March.

The Broadway Blog recently spoke with him about creativity, discipline, fatherhood, and the future of theater.

The Broadway Blog: How have you weathered the past year in terms of coping mechanisms, downtimes, and silver linings?

Joshua Henry: I like that you say, ‘coping mechanisms.’ One of those has been to be more productive by creating more. What helped me get into a creative flow was being gentle and kind with myself. By that, I mean I wasn’t trying to jam in a five-hour session on zoom with someone. In fact, I got ‘zoom’-ed out quick. I just told myself that I would play guitar for 20 minutes, and that might be enough. That turned into 30 minutes, which turned into working with a producer in Los Angeles who helped me record an album. I thought that by practicing a little bit each day, it would be enough—and I’d build on that each day.  It was a shift from how what I used to tell myself, which was, ‘if you don’t create a thick lather of creative sweat for two hours, you aren’t doing it right.’ I’m in a new season of my life now and am going with that flow.

Your new single, “Tomorrow,” from the musical Annie, has been described as ‘neo-soul.’ What is your personal definition of that?

My first thought would be singer/songwriter D’Angelo because he’s the one who put neo-soul firmly on the map. It is music that moves you emotionally, and that also has an incredible pulse… crunchy chords and a timing that lags a bit to ensure you’re not missing any of the emotional depth. That’s what I was going for in this version. I didn’t want to just go straight up with a regular A major chord. The feelings in this song were pretty complicated. I recorded it last year when most of my creative outlets, as I knew them, were gone. I found myself in a place that was vulnerable and raw. This style of music lends itself to finding the bulls-eye of the emotion.

Your vocal versatility is quite impressive. You can cross seamlessly between traditional musical theater as well as gospel, pop and soul.

I appreciate you saying that. Coming from the University of Miami, I’ve set out to be the best vocalist I can be. I’ve coupled that with the belief that are no creative limits on me.  I don’t have to fit any mold because I’m connected to an endlessly creative force field. I really believe that there is nothing I can’t sing, not because I think that I’m a badass, but that belief in my head is so major, and I’ve cultivated that over the last twenty years.

What artists have influenced you the most?

I listened to a lot of jazz growing up. I’d also say Stevie Wonder, Marvin Gaye, Donny Hathaway, and other singers who understand what emotional singing is. They didn’t approach music with the idea of ‘listen to what I can do,’ but rather ‘listen to how I can make you feel with these vibrations’ — and that is what I’ve been interested in and have tried to do. Nowadays, I’d have to say Kurt Elling, Chris Stapleton, Janelle Monae, H.E.R., and Jazmine Sullivan. 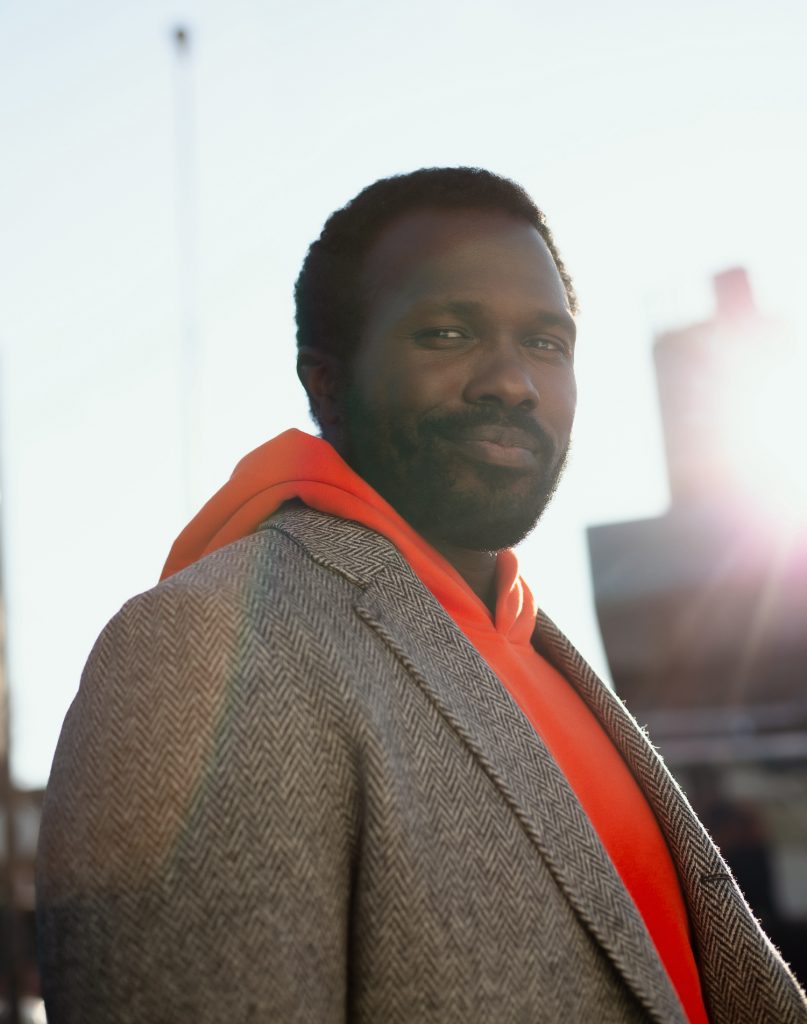 With projects in theater, television, film, and albums, do you see your path leading to one of those specific mediums, and do you prefer one over the others?

My focus right now is music. I love Broadway, and I’ve done a fair amount of film and tv, but they are places that I’ve been. I’m more intrigued by the music industry because it’s something I don’t know. I’m all about growing into things that I don’t know rather than relishing in things that I can do very well. I love being a student. This is an opportunity for me to learn a whole new field-one that was my first because I developed my singing in a praise & worship church band.

Which do I like better? I like any medium that tells a great story. There is nothing as raw or more straight to the point than music. You can hear three seconds of a song and it can either break your soul apart or build it right back up. Other mediums can do that, but they take a little while to unfold. Music has a unique, quick power.

With a new set of twins and a three-year-old, how has fatherhood changed you?

It’s really made me focus on my purpose and the reason I’m here. I’m blessed to be able to go in my different artistic directions, but when you have a child —or three — there are only a certain number of hours in a day.  I’m not interested in sewing seeds in places that are just fun. If I have time away from my family, I want to do the thing that is going to help me spread a message of growth and the possibilities in growth. Kids grow up all too fast, and that forces you to be focused on the important things.

Has your three-year-old shown any signs of following in father’s musical footsteps?

(Laughs) Sometimes we go to the guitar center together for hours. He loves music. We have a bunch of toddler music books in the house and when we go to the park, he’ll stop and listen to other musicians. He’s a really big music-oriented kid, and I think we’ll be getting him into some classes. 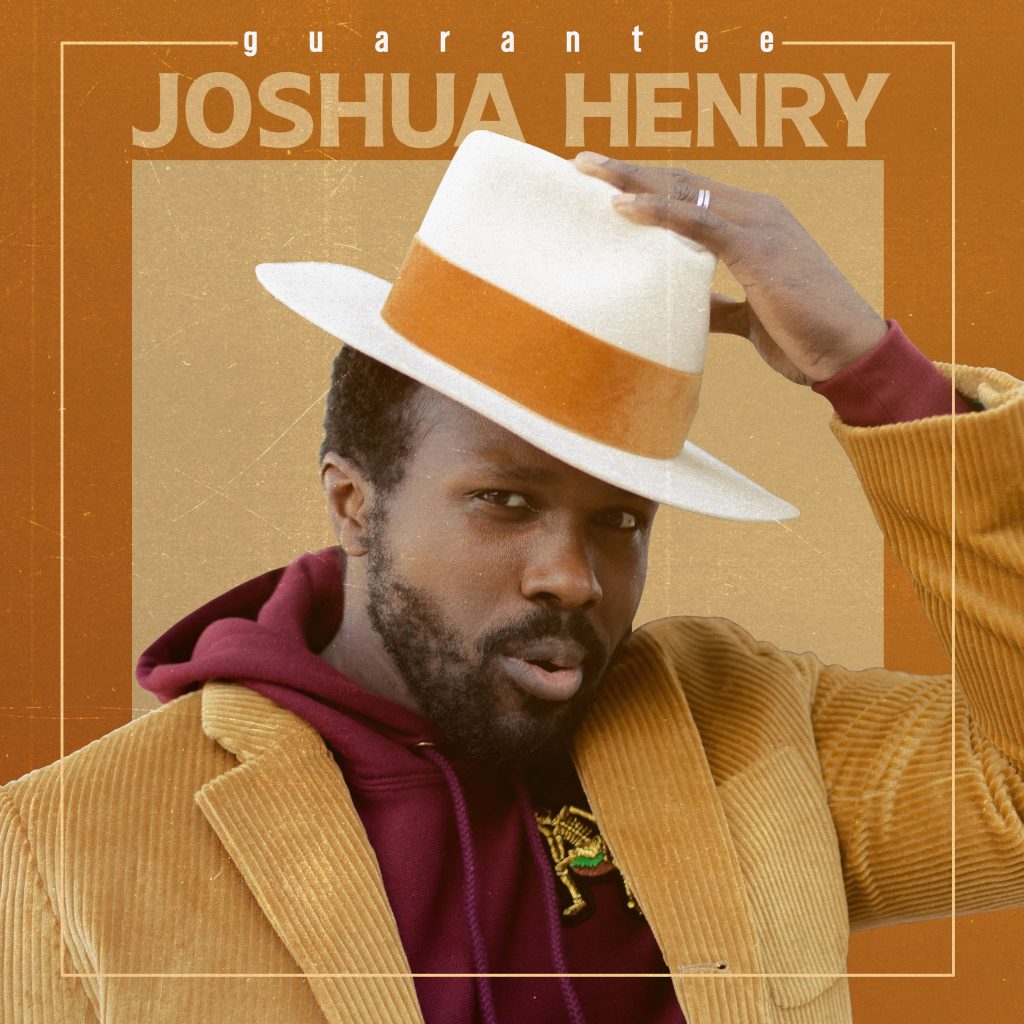 The past year has forced a reckoning with race, not only for the entire country but also for the theater community. What are your hopes and wishes regarding what the theatrical landscape will look like upon its return?

I think about producers and company management. I want to see more Black people. Our stories and contributions have been massive, and people have been making money off them for a very long time. I want to see that money generating wealth for Black folks. Not just for the Black community, but that’s the immediate thing that’s important to me right now, among other major changes.

Having starred in two Scott Rudin productions (Carousel, Shuffle Along), do you have any thoughts or comments on his allegations?

After reading The Hollywood Reporter article and hearing other accounts, I want to see him truly address them. That kind of behavior has no place in the industry, and I don’t think we should tolerate it.

What’s on the horizon for you right now, career-wise?

I’ll definitely be releasing new music and there may be some stage work happening down the line.

Ryan Leeds is a freelance theater journalist who lives in Manhattan. He is the Chief Theater Critic for Manhattan Digest and a contributor to Dramatics Magazine. Follow him on Twitter  or Instagram.