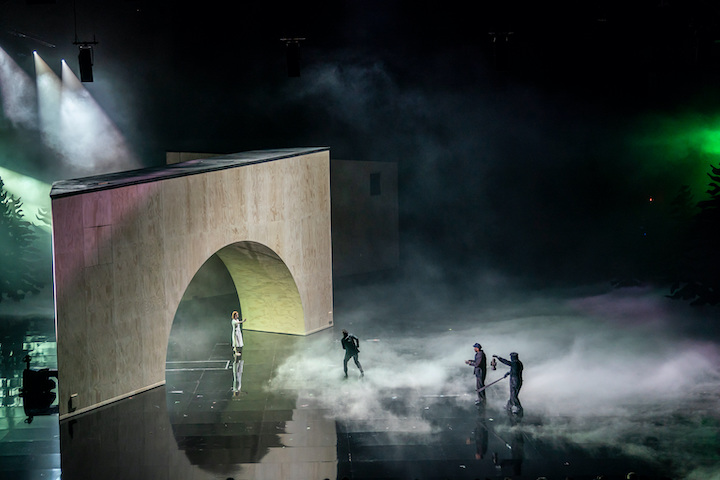 “It’s like the earth exploded. Horrible,” says a witness of the carnage in a tragic train accident that leaves 18 people dead. But the real horror of Judgment Day, Ödön von Horváth’s 1937 cautionary play, reverberates throughout the Park Avenue Armory’s soaring drill hall as the audience comes to understand the dangers of group consciousness.

Stationmaster Thomas Hudetz (Luke Kirby) is widely respected in town, in spite of his emotionally volatile wife (Alyssa Bresnahan), who all but brandishes a scarlet “A” for the disdain she endures from the townspeople. On an otherwise uneventful afternoon, the innkeeper’s daughter, Anna (Susannah Perkins), teases, taunts and distracts Hudetz during his shift, triggering a chain of events that causes the deadly crash.

The people’s jury — including the caddy Frau Liembruber (Harriet Harris), Frau Hudetz’s brother Alfons (Henry Stram) and Anna’s father Tom McGowan) — declares volleying judgments of innocence and guilt as the truth eventually comes out. But it’s not so much the outcome as the collective vitriol that permeates adaptor Christopher Shinn’s script. 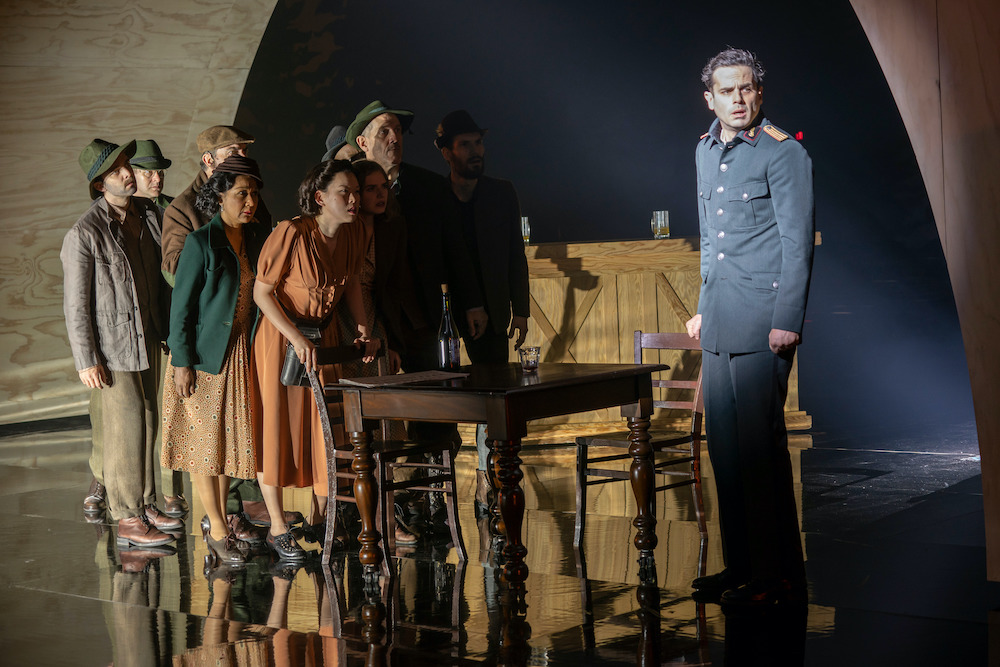 The son of an Austro-Hungarian diplomat, Horváth lived in Berlin, Salzburg, Vienna, and ultimately relocated to Paris amid the tensions of World War II and Nazi takeover. Judgment Day was one of his last works before being killed by a falling tree branch on Champs-Élysées.

Nods to German Expressionism permeate Judgment Day, from its mob-like ensemble to the dramatic shadows cast upon Hudetz and Anna as they secretly meet at a viaduct, a visual reinforcement of the secrets they hold. Substance and style converge thanks to stellar performances led by Kirby, known to The Marvelous Mrs. Maisel fans for his Emmy Award-winning portrayal of Lenny Bruce. Here, Kirby descends from unfortunate victim to wild-eyed perpetrator, fueled by quickly shifting allegiances of his community once they learn of his guilt.

“You don’t know anything – there are reasons for everything, you shouldn’t judge,” Hudtz says in defense of his wife, who, ironically, later share details of the incriminating interaction between her husband and Anna before the accident.

A key witness in the case dies, followed by a funeral processional eerily staged as goose-step march reminiscent of Nazi Germany. The visual reference reminds us how quickly we fall in line, spurred by factless assumptions, subjective news and hearsay. 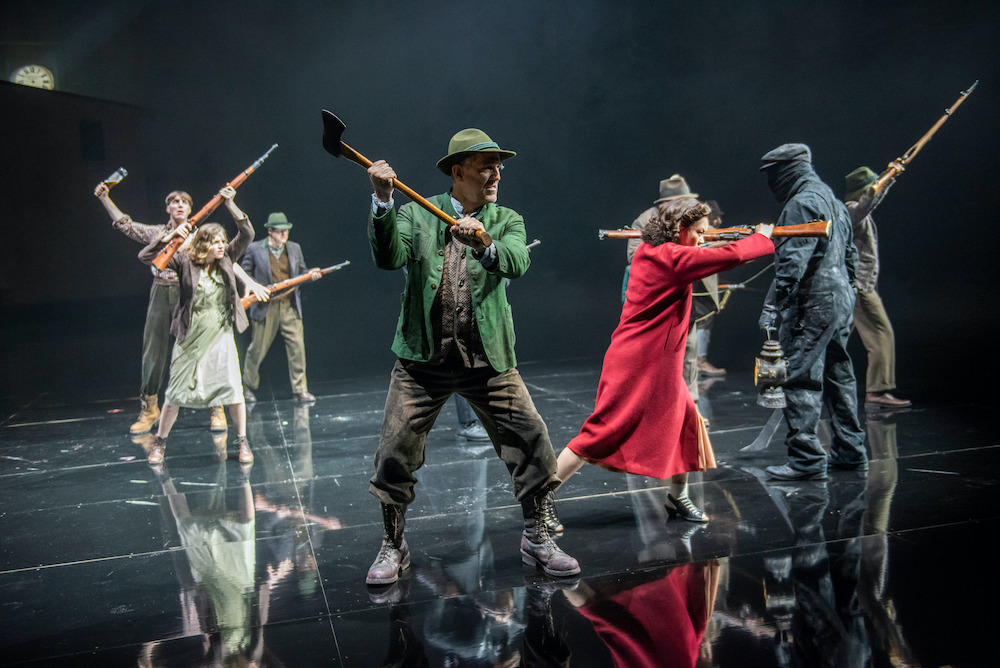 “Horväth plays a sly trick on the audience,” writes author and essayist Shalom Auslander in the program notes. “Because as you sit together, in a large group, watching this story of one man’s guilt, what Horväth is really telling us the story of another kind of guilt. Of the guilt of crowds. And that’s much more difficult and dangerous guilt than the guilt of an individual.”

Judgment Day feels as relevant as when it first premiered 82 years ago. Perhaps more so. Now we judge at the speed of the Internet, and small-town gossip can span the globe within seconds.