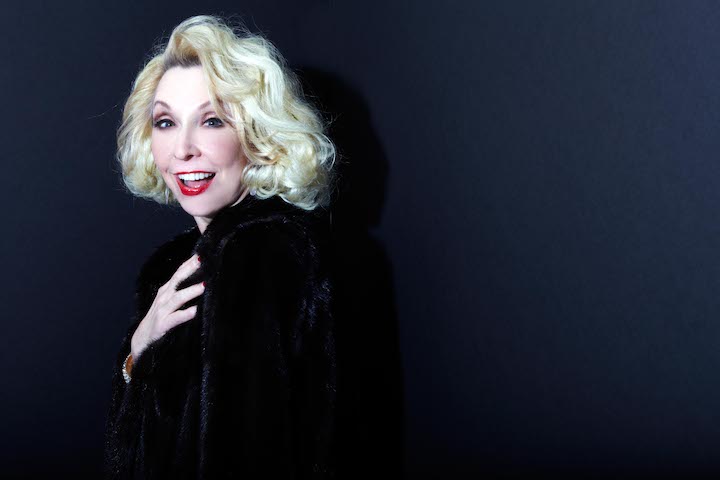 “If anyone should have a talk show, it’s you!” That’s what nightlife host Jim Caruso told a resistant Julie Halston shortly after the lockdown began. “Jim, I’m not interested,” she said in her unmistakable, thick Long Island accent. “I would like to go to bed for four months. I’m very tired.” It would take two more phone calls to wear down her defenses, but with the promise of Caruso as producer, it was an offer she couldn’t refuse.

Halston is a familiar face to New York audiences, having appeared in numerous Off-Broadway and Broadway shows. She’s also racked up quite a few nominations and awards from the Outer Critics Circle, Drama Desk, and Manhattan Association of Cabarets and Clubs. Broader audiences will recognize her from several television and movie roles.

At the beginning of the year, she wrapped up her Broadway run of Tootsie: The Musical, hosted a gala at midtown’s Edison ballroom, and began work on a Scott Ellis-directed reading with Kristin Chenoweth about a woman who worked for the Tupperware organization. (She played Chenoweth’s mother.) 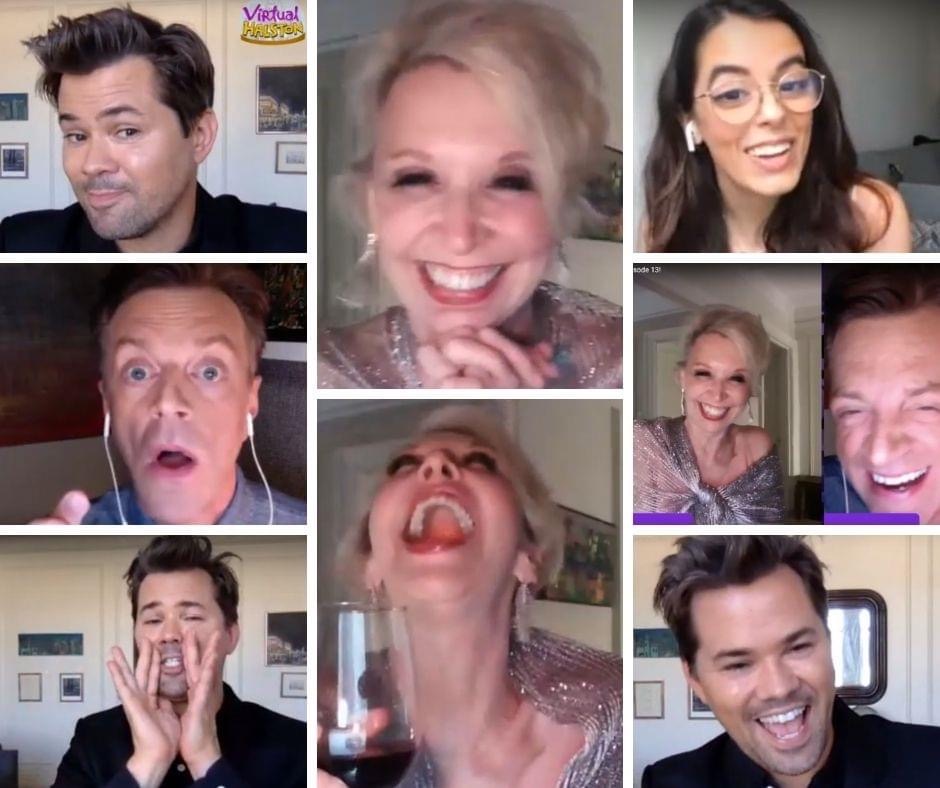 In mid-March, it all came to a screeching halt, and Halston thought it would last a maximum of four months. As the pandemic dragged on, Caruso—along with wunderkind producer Ruby Locknar—sprang into action. On May 22, the world premiere of Virtual Halston was born. Funny man Mario Cantone was her first guest. Since then, Mary Testa, Andrew Rannells, Marilu Henner, Mo Rocca, Mercedes Ruehl, Michael Urie, and gospel legend Bebe Winans have graced the weekly show on Fridays on YouTube’s Cast Party Network at 5 p.m. ET. The program is a treasure for theater fans as she and her guests dish about stage mishaps, backstage dramas and current affairs.

“I thought we’d do maybe five episodes,” she told the Broadway Blog in a recent phone conversation. Last week, she celebrated her 20th episode and shows no signs of slowing down. “We’d like to see an even bigger format, so we’re putting a reel together to see where it goes.” Halston will soon travel to upstate New York to film a new movie penned by Charles Busch titled The Sixth Reel with André De Shields, Margaret Cho, Dee Hoty, and Tim Daly. Her hope is to broadcast the show from the set.

Halston is keen to tag-team some personalities. “I’d love to pair Queen Lesli Margherita with Isaac Mizrahi,” she said. “Actually, Billy Porter and Lindsay Graham,” she said with devilish enthusiasm. “Billy Porter is gonna make you come out of that closet, Mr. Graham! That’s my dream! You can write that down!” She continued her wave of excitement, adding, “At this point, considering that I’ve never done anything like this and that it’s successful, I’m just gonna go for it!”

Fans and first-time viewers may be surprised to learn that the weekly broadcast is scripted, as Halston, Caruso, Locknar and their guests banter effortlessly through the hour. “It a lot of work!” she observed. “I have a script and a script consultant.” Yet Halston is quick to steer the discussion into spontaneous territory if the show calls for it.

Donations to the Pulmonary Fibrosis Foundation are solicited throughout the broadcast. The organization is special to the talk show host, whose husband, veteran radio broadcaster Ralph Howard succumbed to PF in 2018. This past August, she was appointed to the Foundation’s Board of Directors. To date, Halston has raised approximately $3,000 for the cause.

In addition to daily planning for her weekly show and learning the script for her upcoming film, Halston is working on writing a play with Broadway director Sheryl Kaller (Mothers and Sons), actor Maddie Corman (A Beautiful Day in the Neighborhood), and playwright Richard Greenberg (Take Me Out). “It’s a subtle work about four people in quarantine, but then it takes a whole different turn and turns into a murder-mystery. I think it’s the kind of piece that could be done virtually, on-screen, or on stage,” Halston explained. “We’re hoping to really present it as a socially distant live event. It’s been a wild ride.”

With her newfound success as a talk show host, Halston’s biggest concern is what she will wear this fall. “I think it helps me psychologically to get dressed and put tons of make-up on,” she confessed. “I go up and down, but I don’t want to be unproductive, and I want to keep the viewers of Virtual Halston happy and ourselves happy at the same time,” she said.

“Laughter is really important because we are at a really terrible moment in our history, and I think we need to laugh more than ever. We also need to vote,” Halston exclaims. Her best nutshell advice to fans: “I really do believe—and I know I am deeply shallow—don’t sit around in your pajamas. Get up, face the day, get dressed. Be healthy. Go out and walk. Wear your mask. Get some sunshine. Keep in touch with people and don’t get into the ‘I don’t care enough’ mindset.”