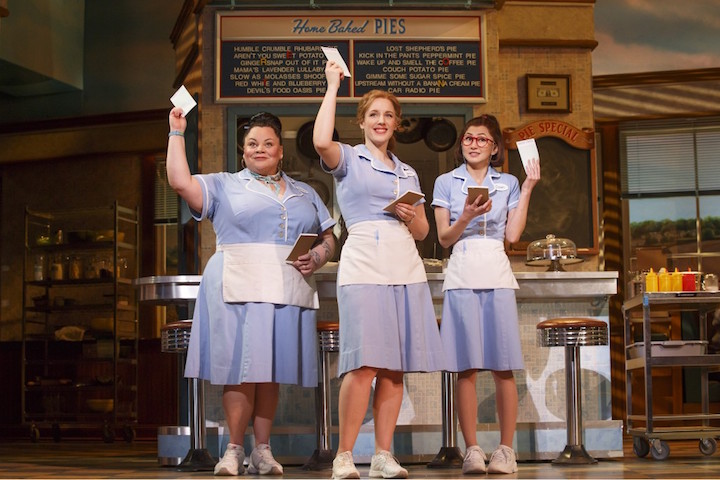 “Did my heart love til now?” Romeo asks in Shakespeare’s classic love story. Well, if it didn’t, it will now: Keala Settle is joining the cast of & Juliet! This musical romp has been a smash West End show for a few years now, but Americans are now getting extra invested in the production as one of our own superstars is heading across the pond to join the London company. Keala Settle — a Broadway alum, the sassy Becky in the original cast of Waitress, and the belting voice behind the Academy Award-nominated song “This is Me” from The Greatest Showman — will play Angelique/The Nurse in the West End hit musical.

Settle, who has played Madame Thenardier in Les Misérables and Norma in Hands on a Hardbody on Broadway, will play the chatty, nurturing Nurse from March 29 to June 18, 2022.

& Juliet reimagines the ending of Shakespeare’s tragedy, asking what if Juliet Capulet didn’t die but instead ran off to Paris with her friends May and Angelique to commence a journey of self-actualization. The smash West End show is a jukebox musical featuring songs by Max Martin, including pop hits such as “I Want it That Way,” “I’m Not a Girl, Not Yet a Woman,” “Teenage Dream,” “Roar,”  and “Can’t Stop the Feeling” as introduced by megastars such as Britney Spears, Justin Timberlake, Katy Perry, and others. Luke Sheppard directs, Jennifer Weber choreographs, and David West Read contributes the book.

Settle takes over a role originated on the West End by Melanie La Barrie. & Juliet opened at the Shaftesbury Theatre in 2019. The production received nine Laurence Olivier Awards nominations, winning three for performers Miriam-Teak Lee, Cassidy Janson, and David Bedella as Juliet, Anne, and Lance, respectively. The production closed on March 16, 2020, due to COVID, and then reopened on September 24, 2021.

Settle has been seen in films such as Ricky and the Flash, All My Life, and Rent: Live, in which she sang the solo part in “Seasons of Love.”