What better way to kick off 2019 than an evening with Tony Award winner Kelli O’Hara and musical theater virtuoso musical director Seth Rudetsky? That’s what New York City audiences have in store as the duo pairs up for The Town Hall’s Broadway @ series on Monday, January 14.

With career-spanning roles in revivals from Broadway’s Golden Age (including snagging a Tony for Lincoln Center Theater’s The King and I as well as the critically acclaimed revival of South Pacific) to contemporary works (the underrated and gorgeously written The Bridges of Madison County), Ms. O’Hara has also been making waves in the new web series The Accidental Wolf. She recently returned from reprising her King and I role on the West End and is in rehearsals for Kiss Me, Kate (last seen on Broadway in 1999 starring the luminous Marin Mazzie). No rest for the weary though, right?

The story-filled evening promises to be packed with insider banter and plenty of showtunes. Ms. O’Hara and Mr. Rudetsky’s longstanding friendship began in New York City’s Riverside Park. “We both had black labs and met more on the level of neighbors, so we’d talk,” she reminisces.

“It’s a fun, easy night,” says Ms. O’Hara of what audiences can expect. “Seth will go back to a story I told him 15 years ago, and we’ll sing about it or remember a stage mishap. It takes all the work out of doing a solo show. He’s so funny, and we play off each other. There is a narrative but I’m good off the cuff, and he really wants to be unrehearsed. Expect about one-third hijinks.” 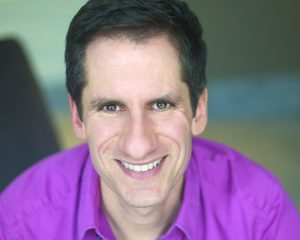 Make no mistake, though. Mr. Rudetsky’s superior musical skills will be put to the test. He’s collaborated with nearly every leading actor on Broadway, co-wrote and appeared in a Broadway show of his own (Disaster!, a musical spoof of 1970s disaster movies), hosts SiriusXM’s On Broadway channel, and will be setting sail this spring and summer hosting Seth’s Big Fat Broadway Vacations, two cruises featuring a bevy of leading ladies including Jessie Mueller, Lindsay Mendez, Andrea McArdle, and more.

“He plays piano like nobody’s business,” says Ms. O’Hara of Mr. Rudetsky’s skills at the ivories. “The songs have a new energy because he plays them differently. I usually don’t do Light in the Piazza because it’s hard for people to play, but with Seth, we can throw it in. Last time I said, ‘Let’s do this but in a different key.’ He quickly played through bits here and there and said, ‘I’m ready.’”

Ms. O’Hara has previously appeared at The Town Hall and used the venue for the release of her 2011 album Always. A group of suffragists fighting for the 19th amendment (“The right of citizens of the United States to vote shall not be denied or abridged by the United States or by any State on account of sex.” Amen!) built the 1,500-seat theatre in 1921. That historical context resonates with the singer as much as the architectural details, which she says remind her of New York City Center — a keen observation as the latter was erected in 1923.

It would be more than two decades before Kiss Me, Kate arrived on Broadway in 1948. And if there’s anyone “too darn hot” enough to breath new life into this musical theater chestnut, it’s Kelli O’Hara, who will begin performances in the title role beginning February 14.