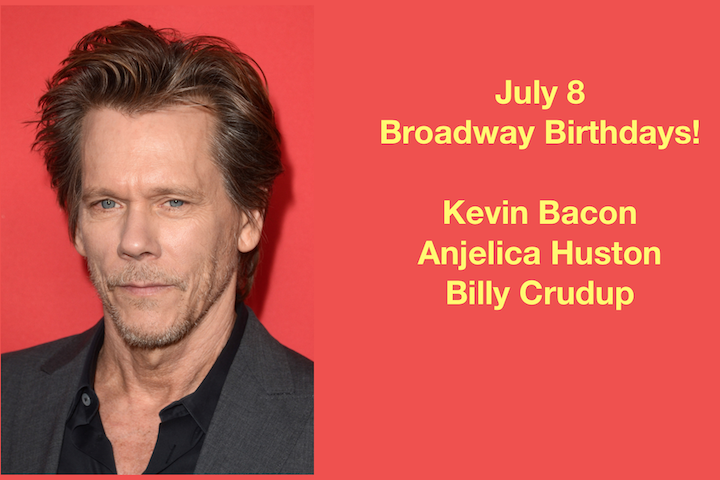 July 8 is a big Birthday for Broadway fans. Wish your favorites stars a happy one on social media!

Anjelica Huston
Born in 1951, Ms. Huston made only one appearance on Broadway. The year was 1969 and she was in the ensemble of Hamlet starring Nicol Williamson in the title role. Fun fact: she understudied Ophelia.

Billy Crudup
Born in 1973, Mr. Crudup has appeared on Broadway 10 times (if you include the two-part Coast of Utopia for which he won a Tony Award). His last appearance was in the 2013 revival of Harold Pinter’s No Man’s Land.

Kevin Bacon
Born in 1958, Mr. Bacon has appeared on Broadway twice, first in 1983 in the short-lived Slab Boys, then again in 2002’s An Almost Holy Picture, directed by Michael Mayer. For a backward game of “Six Degrees of Kevin Bacon”…

Michael Mayer’s most recent Broadway show was Burn This, which earned Brandon Uranowitz a Tony nomination for Best Performance by an Actor in a Featured Role in a Play.

Brandon Uranowitz previously appeared as a replacement in the Tony-winning The Band’s Visit with Katrina Lenk.

Katrina Lenk’s first Broadway role was as an understudy in the 2010 revival of The Miracle Worker directed by Kate Whoriskey. 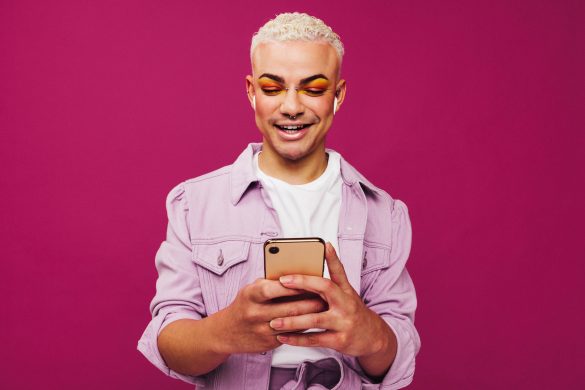