Top Posts
‘Company’ to Hit the Road on North American...
Meet the Full Cast of ‘Shucked,’ Coming to...
Full Cast for ‘Parade’ Announced
Stephen McKinley Henderson Gives the Performance of His...
The McKittrick Hotel Announces the Return of ‘The...
Broadway Stars Honored with Academy Award Nominations
Taylor Trensch, Danny Wolohan, and More Join the...
A Gay Road Trip Comes to The Brick...
Maude Apatow of ‘Euphoria’ is the Next Audrey...
Tony Award Winners to Star in ‘Hercules’ at...
Home Show Folk Kristin Chenoweth Chats About New Album, ‘For the Girls’
Show Folk 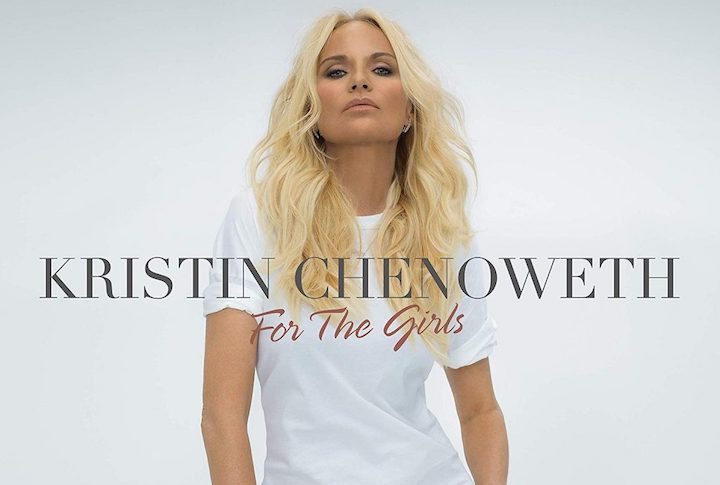 Can I declare today Kristin Chenoweth day? Well, I just did. What happens on Kristin Chenoweth day? The Emmy and Tony Award-winning performer’s latest album drops, and we spend the day listening to her take on terrific songs written and/or performed by women. For the Girls is a celebration of many of the influential artists that have impacted Chenoweth’s life over the years, from her early days in Oklahoma to starring on Broadway in Wicked, On the Twentieth Century, and more.

In addition to cast albums, Chenoweth is no stranger to the recording studio. Her last album, The Art of Elegance, was released in 2016 and showcased her vocal prowess on songs from The Great American Songbook. For the Girls features 12 tracks that many will recognize as well, recorded in the past by some of the greatest female singers of the past century.

“I really wanted to pay homage to all the women singers who have influenced me over the years,” says Chenoweth. “I wanted to make something that men could also enjoy, but this is by the girls and for the girls. These songs have all stood the test of time, and most of them are songs that I grew up listening to.” 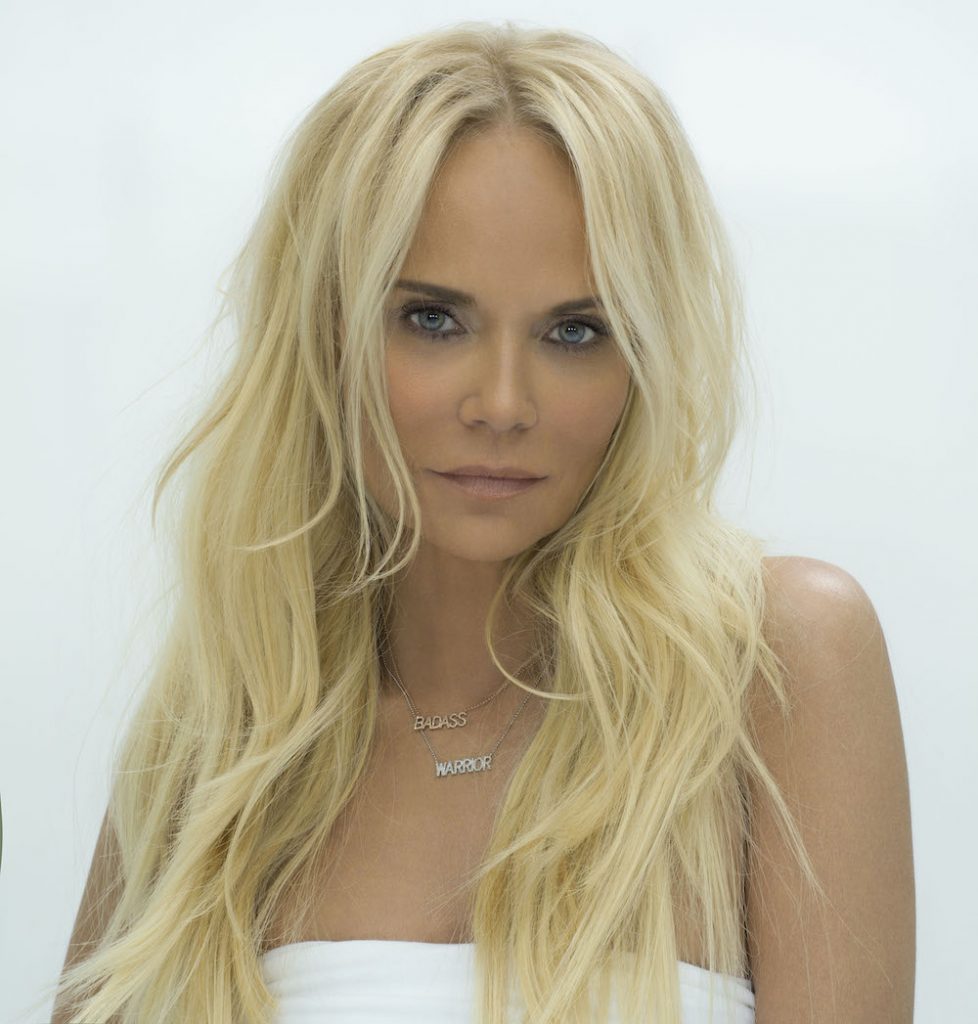 With a busy concert schedule and several film projects (she stars alongside Scott Wolf in the holiday film A Christmas Love Story, which is slated to debut on Hallmark Channel in November, and the film Holidate, which will premiere on Netflix in 2020), getting back into the recording studio was a labor of love.

“Music is my language. I’m better than it than English,” Chenoweth jokes. “I asked myself, ‘What do you want to do?’ All of the songs I’ve wanted to sing were by women singer/songwriters or women stars. This is a woman’s album, I thought, and it should be for them: for the girls.”

As she started researching, listening and considering how to build the song list even Chenoweth was surprised at what eventually made the cut, particularly Leiber and Stoller’s hit “I’m a Woman.” Many famous renditions of the song had been recorded, but when she heard Peggy Lee’s original 1963 recording, she thought, “That I can do!”

But then she thought wouldn’t it be great to bring in other voices to create a one-of-a-kind homage to the hit? The result is a vocal triumph, featuring Jennifer Hudson and Reba McEntire. The song soars on many levels —not just vocally, but also as a cultural commentary that brings together three talented women from different genres and backgrounds, uniting to sing:

Carol King’s “Will You Love Me Tomorrow?” is another classic Chenoweth bolstered the courage to record. “My mom is a massive Carol King fan, and I grew up listening to Tapestry. I’ve always loved this song, and it really became a gift for me and my mom, and I love the arrangement.”

Those familiar with Chenoweth’s stratospheric vocal range will love to settle into the almost smoky quality that she delivers on this song as she leans into the pocket with an undercurrent of piano and guitar.

Though an initial listen may reveal favorites tracks (my vote: “The Man That Got Away”), Chenoweth thoughtfully arranged the album to deliver a particular story arc.

“I feel like in the past several years in our industry that nobody cares about [story arc] anymore. It’s all about downloads and singles. But when I put an album together, the order is very important to me. I came up with my order for a reason. I wanted to start the album as a remembrance with ‘The Way We Were.’”

But the message that follows breaks from the idea that relationships solely define an individual, with the powerhouse “You Don’t Own Me” featuring Ariana Grande.

“What a Diff’rence a Day Makes,” originally recorded in Spanish by María Grever, reminds the listener that no matter what trials and tribulations one faces, there is a new day ahead — a message Chenoweth received as a child, listening to her grandpa play the Grammy-winning Dinah Washington version on the record player.

“This is a message to my younger fans and young artists. Those lyrics are hope. Kids who feel lost, artists who don’t know what to do next. In your love life or business life, have hope. You know my beliefs, and with the LGBTQ community and the number of suicides, this is my version of ‘It Gets Better.’” 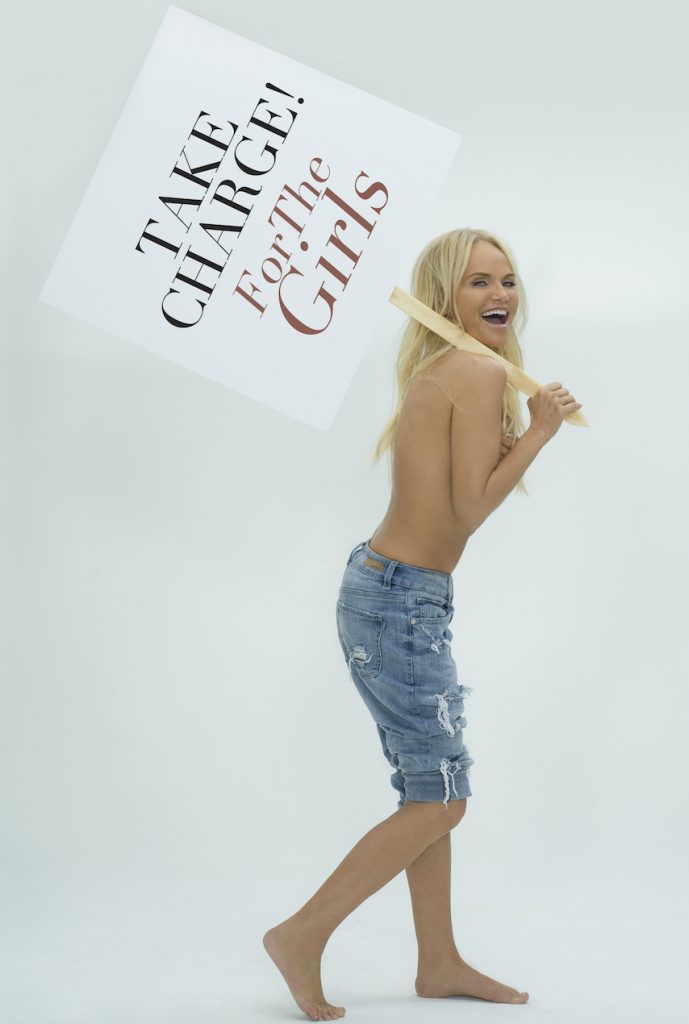 The album concludes with “Will You Love Me Tomorrow,” “I Wanna Be Around,” a song made famous by Eydie Gorme, (Chenoweth says, “Look that up!”), and “Desperado,” written by the Eagles and previously interpreted by other famous female singers including Linda Ronstadt and Diana Krall.

Chenoweth reunited with The Art of Elegance music producer Steve Tyrell to craft an album with nuance and vocal color.

“Steve Tyrell will say to me, “KC, you don’t have to sing this to the last row.” Or ‘KC, let the hounds out.’ He will sometimes ask of me the opposite of my intuition, but I want all of my fans to know, listen to your mentors in order to learn,” says Chenoweth.

Chenoweth, photographed with tousled hair, less makeup and sporting necklaces emblazoned with “Badass” and “Warrior,” chose to express a different side of herself to fans with the album artwork.

“I’m very uncomfortable without high heels and lashes,” she confesses. “I just did less. I want people to see me. If I said I was in yoga pants and a T-shirt most days, I don’t think people would believe it. I’m trying to be a warrior. Not just for me but for the women in my life.”

Chenoweth returns to Broadway this November, performing a live concert of the album.