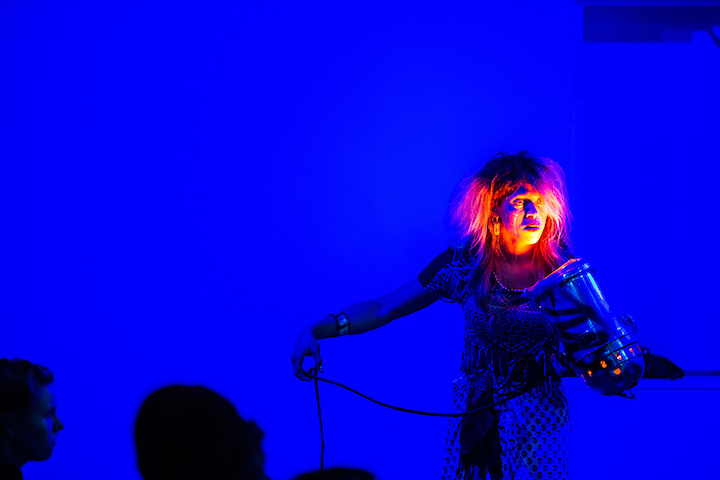 In spite of Whole Foods and organic coffee roasteries on every corner, the East Village still has some edge thanks to La MaMa Experimental Theatre Club, now celebrating its 57th anniversary season.

The New York-based Tony Award-winning theater company helmed by Artistic Director Mia Yoo, has announced the lineup for its 57th season; performances include new works by artists from around the world, which will focus on subjects including social inequality, racism, homophobia, and social inequality. The China Fringe Festival will also take place from February 8-16, featuring three U.S. world premieres from mainland China.

While La MaMa is currently undergoing renovations at its original theaters at 74 East 4th Street, performances for the spring and fall will take place at La MaMa’s Ellen Stewart Theatre and The Downstairs (66 E. 4 St.) and La MaMa Galleria (47 Great Jones Street) in the East Village, kicking off January 24, 2019.

Generation NYZ
(Revival: January 24 – February 3)
Conceived by Ping Chong, directed by Sara Zatz and Kirya Traber, written by Zatz and Traber in conjunction with the play’s cast of eight international performers as they bravely speak their truths about coming of age in New York City.

City of No Illusions by The Talking Band
(World Premiere: February 8 – 24)
A funeral home at the edge of our country, a borderland between the living and the dead, becomes a refuge for two asylum seekers. A new play with music from the multiple OBIE award-winning Talking Band: written and directed by Paul Zimet, with music by Ellen Maddow.

Dying in Boulder
(World Premiere: February 28 – March 17)
Depicts the story of a quest for a ‘good death’, as a dying Caucasian-American Buddhist woman in Boulder, Colorado enlists her reluctant mixed-Filipino family in micro-managing her impending Buddhist funeral rites. Written by Linda Faigao-Hall and directed by Ian Morgan.

55 Shades of Gay
(New York Premiere: March 7 – 17)
A fictional story about the first gay marriage in Kosovo, which as of now has not yet taken place. The play follows a same-sex couple applying for a marriage license in a homophobic provincial town. Written by Jeton Neziraj, the play delves into what it means to be young and gay in this new nation where despite laws legalizing gay marriage, coming out as gay is a perilous choice.

now my hand is ready for my heart: intimate histories
(World Premiere: March 22 – April 7)
John Jesurun directs Nicky Paraiso’s deep exploration of an artist’s life, investigating aging, identity, sexuality, class and race. This work is a celebration of a particular artistic community as it grows older and continues to make work, both individually and with each other. Choreographer/dancers Jonathan Gonzalez, Lance Gries, Jon Kinzel, Paz Tanjuaquio & Vicky Shick collaborate and perform with Mr. Paraiso.

The Fat Lady Sings
(World Premiere: March 21 – April 7)
Written by renowned playwright Jean-Claude van Itallie, and directed by David Schweizer, the production is a loud, no-holds-barred, in-depth exploration of the hidden myths that have brought current America to its knees. Jean-Claude has won an Obie, Drama Desk and Outer Critics Circle awards.

The Floor is Lava
(World Premiere: May 9 – 19)
Sean reunites with his high-school buddies at the launch party of their friend’s hugely successful app. Set in a world consumed by social media, ‘The Floor Is Lava’ follows a group of millennials struggling with success, jealousy, and the true meaning of connection. Written by Alex Riad; Directed by Glory Kadigan.

Messiah
(World Premiere: May 23 – June 2)
A brand new play by Nia Witherspoon centers on Malika, a teenager on the trans-spectrum, who creates an alter-ego named Messiah, a popular basketball-ball star and aspiring rapper. When Messiah’s secret is revealed at 16, all comes crashing down, and a fatal mistake is made. Against the musical backdrop of hip-hop, the ring shout, and the wailing of ghosts, Messiah must find a way home. Written by Brooklyn-based, Nia O. Witherspoon. 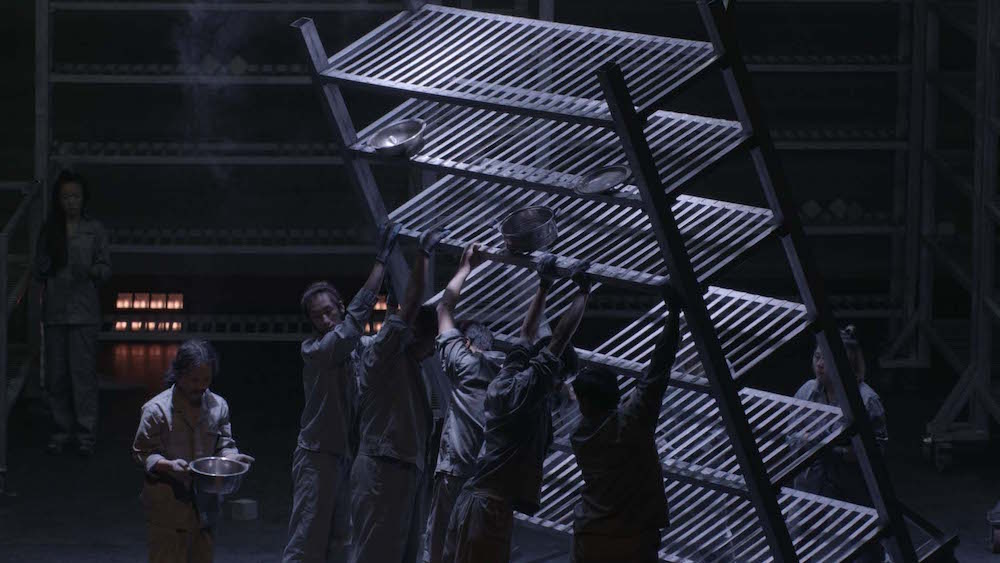 ‘The Dictionary of Soul’ (Photo provided by La MaMa.)

The Dictionary of Soul
(U.S. Premiere: February 8 – 9)
A live work of performance art and physical theater, performed by the Physical Guerrillas, a group founded in 1997 and directed by LI Ning, theatre and film director, physical education researcher and practitioner, curator, and a graduate from the Fine Arts Education Department of Shandong Art Academy.

Two Dogs
(U.S. Premiere: February 10 – 11)
(Opinions On Life) is one of the most popular plays on mainland China, coming to La MaMa in a production directed by Meng Jinghui, one of China’s most influential theatre directors, Artistic Director of Beijing Fringe Festival and Beijing Bee Hive Theatre. In TWO DOGS, two dogs journey to the big city to pursue their dreams, only to have their adventures rudely disrupted by reality.