Top Posts
‘Company’ to Hit the Road on North American...
Meet the Full Cast of ‘Shucked,’ Coming to...
Full Cast for ‘Parade’ Announced
Stephen McKinley Henderson Gives the Performance of His...
The McKittrick Hotel Announces the Return of ‘The...
Broadway Stars Honored with Academy Award Nominations
Taylor Trensch, Danny Wolohan, and More Join the...
A Gay Road Trip Comes to The Brick...
Maude Apatow of ‘Euphoria’ is the Next Audrey...
Tony Award Winners to Star in ‘Hercules’ at...
Home Show Folk 15 Minutes with LaChanze
Show Folk One of Broadway’s biggest voices will be rolling into the Highline Ballroom on Monday, February 27, but don’t expect show tunes. LaChanze will be celebrating the launch of her new EP, Feeling Good.

The inspiration came from a cabaret set that the Tony Award-winning actress (The Color Purple) has been performing, coupled with work on her memoir. Together, she felt there were stories to tell that would showcase the music with key moments of her life. “All of the moments are very specific — from my childhood through adolescence, adulthood and midlife,” says the actress, who, after several ensemble roles on Broadway, captured the hearts of audiences and critics alike in Once on This Island. The show, directed by Tamara Tunie, also touches upon some of the challenges she’s faced and the people who were influential in getting her back into her life after a personal tragedy.

One of LaChanze favorite moments, which she describes as “pure joy,” is from a specific moment from her childhood, expressed through Dianne Reeves’ radiant song, “Nine.” The multi-talented artist also showcases her own songwriting skills with “You’re Free.”

LaChanze is thrilled to be back at the Hammerstein Ballroom, where she played a Valentine’s Day concert in 2009 and fell in love with the space. In the heart of Chelsea and tucked under the historic High Line elevated park, the venue’s size sits comfortable between a cabaret and concert venue.

“The stage size is huge and equipped with terrific lighting. I love the venue. It’s open, expansive and easily transformed,” says LaChanze of the artistic hub that has welcomed such artists as Stevie Wonder, Lady Gaga, Carlos Santana and more.

LaChanze’s impetus to produce the concert and tour the show later this year (visit www.mslachanze.com for future dates) is multi-faceted. Creatively, it is a celebration of her professional and personal life through song, but it is also an opportunity to stay engaged and relevant in a notoriously fickle industry. “For women in general, and not just women of color, when you become a certain age opportunities narrow. We’re viewed differently than men,” observes LaChanze. “Men have full careers in film and television. Women are often relegated to specific roles — the mom or the girlfriend. This happens across the board and even more for African American women.”

“One of the reasons I’m doing this show is because I don’t want to sit around and wait for the phone to ring,” she continues. “And we’re not a monolith. It’s a wide net that’s cast for a few roles, so I’m telling my own story.” LaChanze brought on director Tamara Tunie

In spite of the challenges, LaChanze continues to be in demand and has been working in television, film and voiceover. Broadway audiences will have to wait until at least 2018 for her return to the Great White Way until her daughter graduates from high school before the seasoned actress is ready to commit again to eight shows a week.

But for now, we’re feeling good knowing that LaChanze 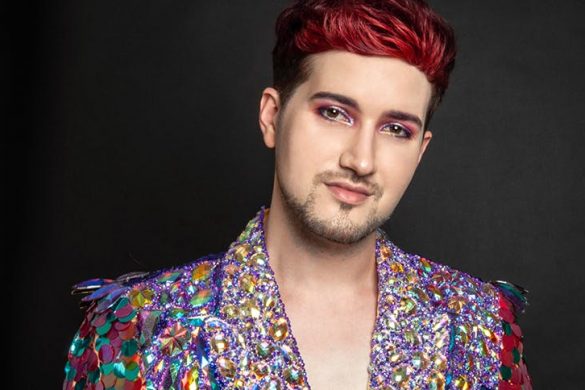