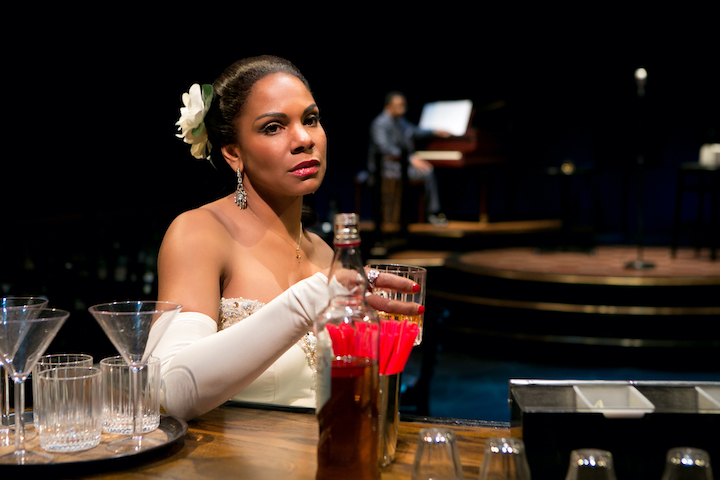 “When I die, I don’t care if I go to heaven or hell long’s as it ain’t in Philly,” quips Billie Holiday early on in Lady Day at Emerson’s Bar & Grill. Not all wishes are granted.

It’s 1959, and a heavily self-sedated Billie Holiday in the final months of her life stumbles through a performance in a seedy Philadelphia jazz club. For the next 90 minutes, we’re treated to Audra McDonald (Frankie and Johnny in the Clair de Lune, The Gershwin’s Porgy and Bess) in pitch-perfect performance of the troubled jazz singer. It was this turn that garnered the actress her sixth record-breaking Tony Award and now available to stream on BroadwayHD.

Billie Holiday had good reason not to show any love for the City of Brotherly Love. It was in Philadelphia that she was convicted of drug possession, an event that led to her stint in prison and effectively cut her career short. This and accounts of indignities of racism while touring the American south in the 1930s and 40s make up the patchwork of playwright Lanie Robertson’s compelling drama with music. 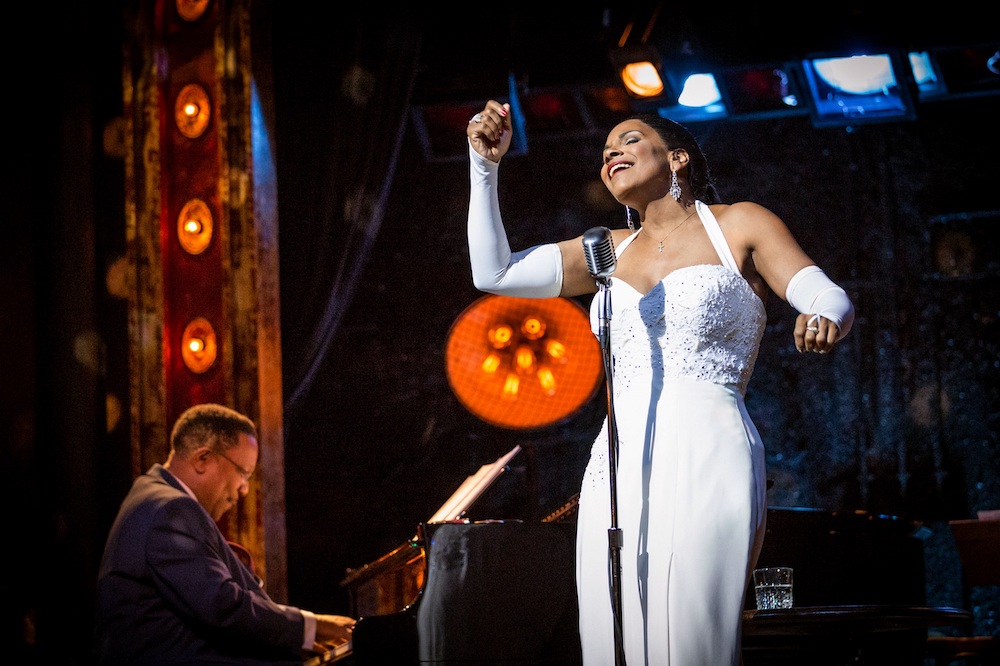 And while the near one-hander (McDonald is provided some dialogue with onstage piano player Jimmy Powers (a wonderfully stoic Shelton Becton) is short on plot, it’s a gripping look at a musical icon in decline. As a home video, its major triumph is that it provides audiences outside of the Broadway sphere a prime opportunity to see for themselves why McDonald is the American theater’s most-awarded performer.

It’s almost next to impossible to compare McDonald’s performance as Billie Holiday to recent Academy Award-winner Renée Zellweger’s turn as another famed troubled icon Judy Garland in Judy. But where both actresses flawlessly disappeared into each of their respective diva’s personas, McDonald one-ups the screen star by actually sounding almost exactly like Holiday.

Trading her lyric soprano known for its rich lower register, McDonald adopts the signature frontal placement, clipped top notes, scoops, and rapid vibrato that made Billie Holliday’s voice unmistakable. But this goes beyond mimicry. McDonald injects joy into “What a Little Moonlight Can Do,” sass into “Pig Foot,” and a raw pathos into “God Bless the Child” and “Strange Fruit.” The performance is as uncanny as it is brilliant.

Billie Holiday may have preferred hell to Philadelphia, but for music and Broadway lovers alike, Lady Day at Emerson’s Bar & Grill is pure theatrical heaven.

Lady Day at Emerson’s Bar & Grill
Like this? Consider A Night with Janis Joplin.
‘Lady Day’ flashback: Check out our review of Dee Dee Bridgewater in a 2013 adaptation of Billie Holiday’s life written and directed by Stephen Stahl.