Top Posts
‘Company’ to Hit the Road on North American...
Meet the Full Cast of ‘Shucked,’ Coming to...
Full Cast for ‘Parade’ Announced
Stephen McKinley Henderson Gives the Performance of His...
The McKittrick Hotel Announces the Return of ‘The...
Broadway Stars Honored with Academy Award Nominations
Taylor Trensch, Danny Wolohan, and More Join the...
A Gay Road Trip Comes to The Brick...
Maude Apatow of ‘Euphoria’ is the Next Audrey...
Tony Award Winners to Star in ‘Hercules’ at...
Home Hot Ticket Laura Benanti to Join the New York Pops for Holiday Concert
Hot TicketShow Folk Get your mittens on and your sleigh bells out! Tony Award winner Laura Benanti is set to join famed orchestra The New York Pops for a holiday concert at the esteemed Carnegie Hall. The musical event, entitled “Back Home For the Holidays,” marks the New York Pops’ first concert back at Carnegie Hall since February of 2020.

Led by Music Director and Conductor Steven Reineke, the New York Pops will perform alongside Benanti on Friday, December 17 at 8:00 PM in Stern Auditorium / Perelman Stage. Some of the already announced numbers to be performed include “It’s the Most Wonderful Time of the Year,” “I’ll Be Home for Christmas,” “Winter Wonderland,” “Have Yourself a Merry Little Christmas” and “O, Holy Night.” 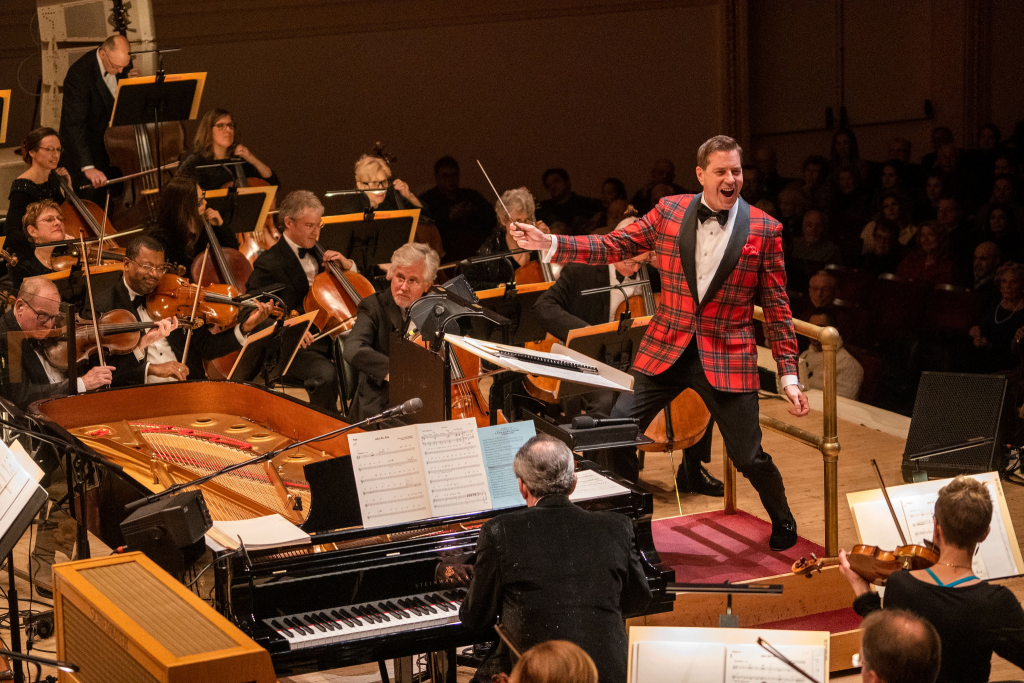 In a statement, Reineke said, “This holiday concert is a homecoming for our entire New York Pops family — our musicians, PopsEd students, subscribers and donors — and I’m so glad we get to celebrate our return with the incomparable Laura Benanti. I can’t wait to see you there!”

Benanti won a Tony Award for her turn in the Patti LuPone-led revival of Gypsy and has also received four additional Tony Award nominations. The shows she has been nominated for include Swing!, Into the Woods, Women on the Verge of a Nervous Breakdown, and She Loves Me. She has also been on TV in “Younger” and “The Late Show with Stephen Colbert,” in which she imitated First Lady Melania Trump. Additionally, Benanti will next be seen in Lin-Manuel Miranda’s Tick, Tick… Boom! for Netflix.

Proof of vaccine is required for entry, and masks must be worn at all times. Tickets are available for purchase at the Carnegie Hall Box Office, at 57th and Seventh, or can be charged to major credit cards by calling CarnegieCharge at (212) 247-7800 or by visiting the Carnegie Hall website at carnegiehall.org.