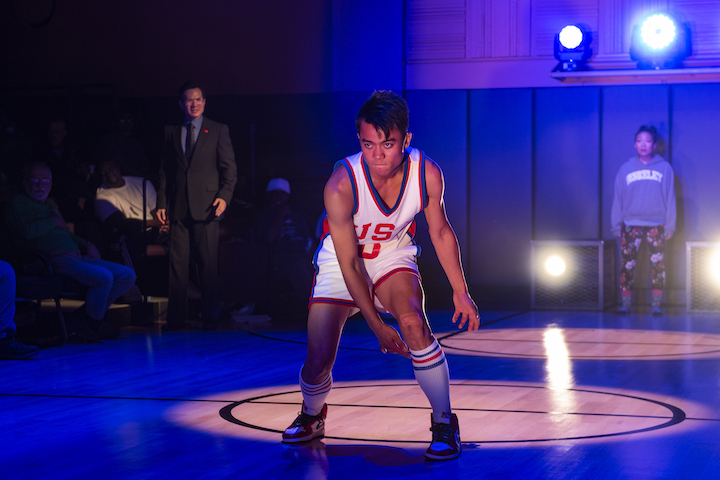 An underdog, a player-coach relationship that goes beyond the field and a lot of metaphors for life all contribute to making playwright Lauren Yee’s The Great Leap a slam dunk. Injecting politics into drama without getting too heavy-handed – especially in the Trump era – can be difficult, but Yee’s play moves across the court with ultimate grace, scoring copious points for complex characterization, exciting moves and a startling look at Chinese-American relations during the post-Cultural Revolution.

The Great Leap’s ultimate underdog is Manford Lum (Glenn Obrero): a recently orphaned Chinese-American teenager obsessed with basketball. He’s a talented point guard, but his big mouth frequently gets him into trouble, and at only five feet, seven inches tall (at best) even college ball is a long shot. Meanwhile, University of San Francisco basketball coach Saul (Keith Kupferer) is preparing for an overseas “friendship” game: USF versus University of Beijing, the latter coached by Wen Chang (James Seol), Saul’s translator turned protégé. Manford knows he can get the USF team out of its slump – all he has to do is convince Saul. But why is Manford so obsessed with going to Beijing? And in 1989, as Chinese students protest their government in the city streets, will the USF team even survive the trip?

Loosely inspired by Yee’s father, a former basketball player who cut his teeth on the courts of San Francisco’s Chinatown, The Great Leap has all the elements of a great sports story. Manford is a hotheaded kid with nothing to lose while his smart, responsible cousin (Deanna Myers) tries to keep him on track. Saul is on the verge of losing his coaching position, and with an estranged ex-wife and daughter, his personal life is in shambles. Thanks to flashbacks, we see Wen evolve from shy and tentative translator to ruthless coach of the tallest young men in China. And of course, everyone has something to hide. 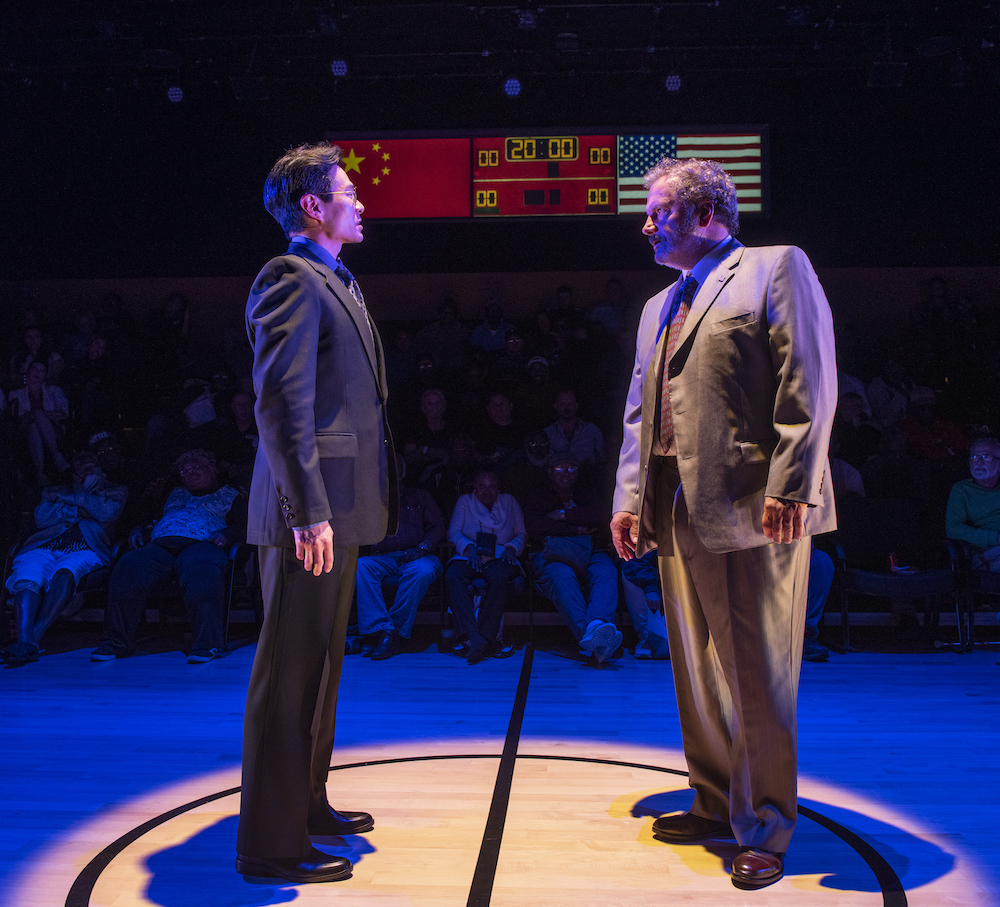 In Yee’s capable hands, The Great Leap is both about basketball and so much more as she weaves the high stakes of basketball with those of late 1980’s China into a complex, compelling tapestry. According to a program interview, Yee didn’t know much about basketball before writing this play, and she guides the uninitiated with a steady hand while also passing along a sense of wonder. Director Jesca Prudencio, known for her physical theater work, is the perfect choice for this piece, choreographing Manford’s energetic movements with style and conveying an entire basketball game through one single player in a way that has the audience leaning forward in their seats.

The Great Leap’s technical elements (Rasean Davonte Johnson’s stunning neon projections, Justin Humphres’ realistic basketball-court set and Keith Parham’s arena-style lighting) may have overwhelmed a lesser production. Not here. Yee takes the utmost care to craft multi-faceted storylines with each the four character and Prudencio’s fast-paced direction is in a league of its own. The Great Leap is about parenthood, history and most of all, the contagious, all-consuming love of a game. And for audiences of Yee’s latest work, everyone’s a winner.