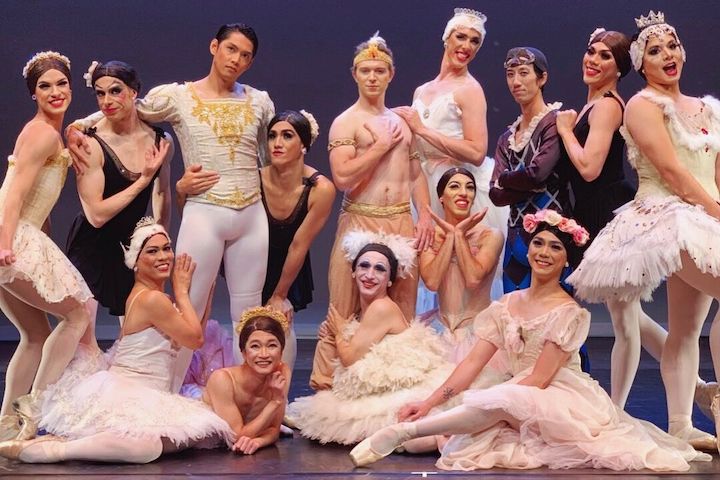 Seven months after attendees mostly missed the mark on capturing the essence of the exhibit at the Met Gala, event producers downtown showed uptown the true meaning of the word “camp.” Last Tuesday, New Yorkers were treated to a rare performance of all-male comedy dance troupe Les Ballets Eloelle at the Judson Memorial Church as part of the annual gala for significantly smaller yet no less significant fine art institution – the Leslie-Lohman Museum, currently celebrating 50 years of fostering LGBTQ art and artists.

Performing dances from their full evening show Men in Pink Tights, which included ballet standards “Pas de Quatre,” “The Harlequinade Pas de Deux,” and Saint-Saëns’ iconic solo “The Dying Swan,” this talented company of ballet comedians proved that serious dance is anything but a drag.

The dances were performed with over-the-top gusto by members of this talented company of ingenue hams and varying degree divas, each one giving credence to their troupe’s moniker Eloelle (LOL). 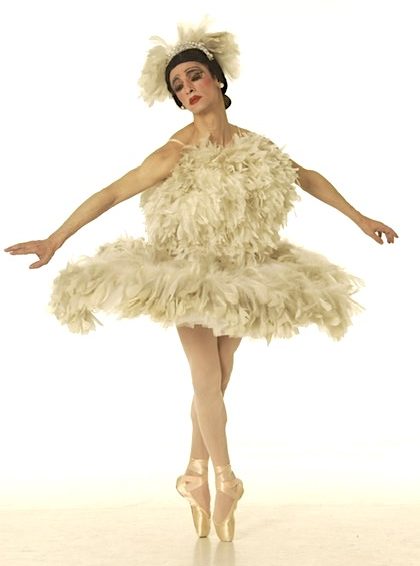 Standouts in the company include artistic director and prima ballerina Victor Trevino as a molting waterfowl in The Dying Swan, Jonathan Mendez’ aggressive soubrette with whip-length eyelashes in Pas de Quatre, and Walter Battistini as a sassy etoile in The Harlequinade Pas de Deux.

While comedy may be front and center, company members have their toe shoes firmly planted in technique and serious training. Messrs. Mendez and Battistini were plucked by Mr. Trevino from the prestigious Jacqueline Kennedy Onassis pre-professional division of American Ballet Theatre.

Downtown revelers packed the Judson for the performance and after-party, many who took the evening’s attire suggestion “queer futurism” to unpredictable degrees of camp. Men in bejeweled dinner jackets, others in metallic shoes, and even one person who wore (what looked like) a painted shower curtain, were on hand to strut their gala stuff, all proving what the crowd uptown failed to grasp – art doesn’t have to take itself so seriously.

Looking for more dance in New York City? Check out these upcoming performances: