Top Posts
‘Company’ to Hit the Road on North American...
Meet the Full Cast of ‘Shucked,’ Coming to...
Full Cast for ‘Parade’ Announced
Stephen McKinley Henderson Gives the Performance of His...
The McKittrick Hotel Announces the Return of ‘The...
Broadway Stars Honored with Academy Award Nominations
Taylor Trensch, Danny Wolohan, and More Join the...
A Gay Road Trip Comes to The Brick...
Maude Apatow of ‘Euphoria’ is the Next Audrey...
Tony Award Winners to Star in ‘Hercules’ at...
Home Buzz Lincoln Center Celebrates Pride
BuzzHot Ticket 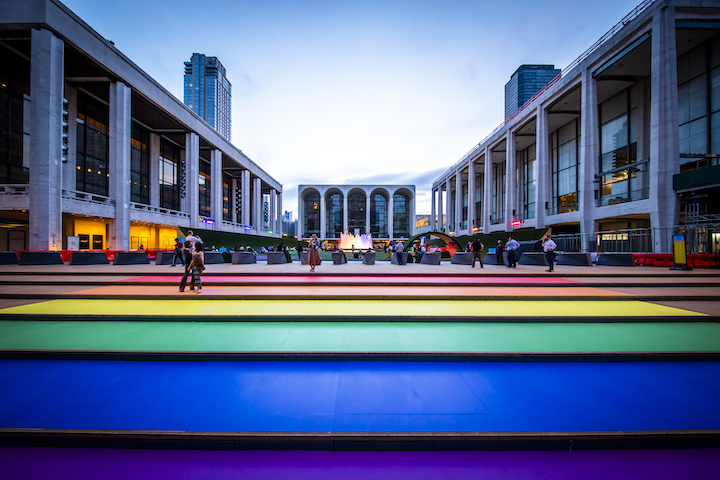 “It is incredibly important for us to support artists of all backgrounds and identities here at Lincoln Center. We serve the City of New York first and foremost, and this diversity is at the core of our values and is how we will achieve excellence,” said Jordana Leigh, Senior Director of Artistic Programming at Lincoln Center for the Performing Arts. “As we play our part in the city’s revival, we welcome all to join us in honoring, celebrating, and lifting up our LGBTQIA+ communities.”

For the first time, Lincoln Center for the Performing Arts is partnering with the National Queer Theater and will bring two new theater works to Restart Stages as part of the Criminal Queerness Festival, which supports the development and production of new works by international and immigrant theater-makers experiencing censorship or criminalization around the world. Playwright Victor I. Cazares presents their new work «when we write with ashes», a personal and complicated love story set in their native Mexico. Actor and writer Dima Mikhayel Matta’s debut autobiographical solo performance This is not a memorized script, this is a well-rehearsed story, explores Matta’s lived experience and evolution as a creative queer scholar and a lover—through the lens of a sometimes-troubled relationship with their hometown of Beirut. For additional Criminal Queerness Festival performances in NYC, visit NationalQueerTheater.org.

Lincoln Center will once again light its iconic fountain with a rainbow design and fly the Pride flag, starting in June. Pride celebration performances, beginning June 21 through June 26, include the incomparable Taylor Mac – featuring The 24-Decade Gang with Matt Ray and Machine Dazzle – in a nighttime concert entitled Egg Yolk, a specially commissioned performance by poet and political activist Staceyann Chin, a concert of beloved and brand-new works by singer/songwriter Treya Lam, and a musical theater exploration of queer, immigrant, and Latino identity by Migguel Anggelo in LatinXoxo. 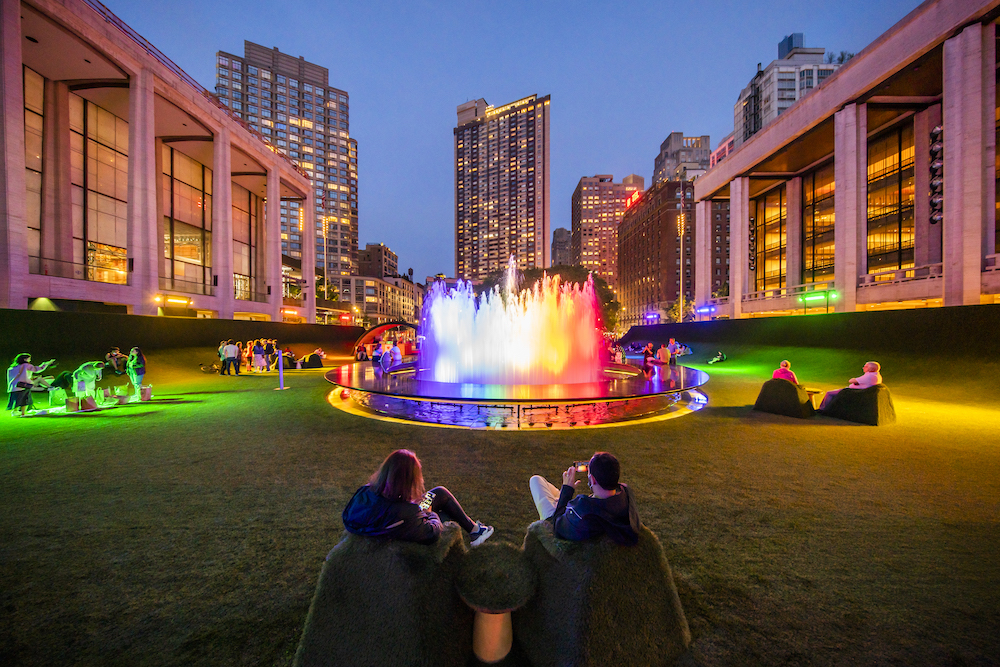 In addition to artistic programming throughout June, Lincoln Center will be facilitating opportunities for its staff to participate in reflection and celebration throughout the month with guided conversations, gatherings, and support groups.

*No purchase is necessary to enter the TodayTix Lottery and reserve free tickets for these June performances.

June 21 at 7:00 p.m.
The Club at Hearst Plaza
Pride at Lincoln Center’s Restart Stages
Staceyann Chin
The NYC-based poet and outspoken political activist Staceyann Chin has a long tradition of support for and from within the LGBTQ and Black communities. Chin’s star first rose with a break-out role in the Tony-nominated Def Poetry Jam and burst into a supernova with her critically acclaimed memoir The Other Side of Paradise. Her fierce and uncensored rhetoric, matched with an abiding kindness and clarity of purpose, have made her an indispensable voice of righteous truth and a Lincoln Center featured artist for over a decade. For this performance, specially commissioned in support of Restart Stages’ Pride Celebration, Ms. Chin will bring to bear her considerable talents as an author and a monologist, confronting topics of race, class, gender, sexuality and post-pandemic life.

This event is a part of the National Queer Theater’s Criminal Queerness Festival, which presents exciting new plays by LGBTQ artists from countries that criminalize queer and trans people. 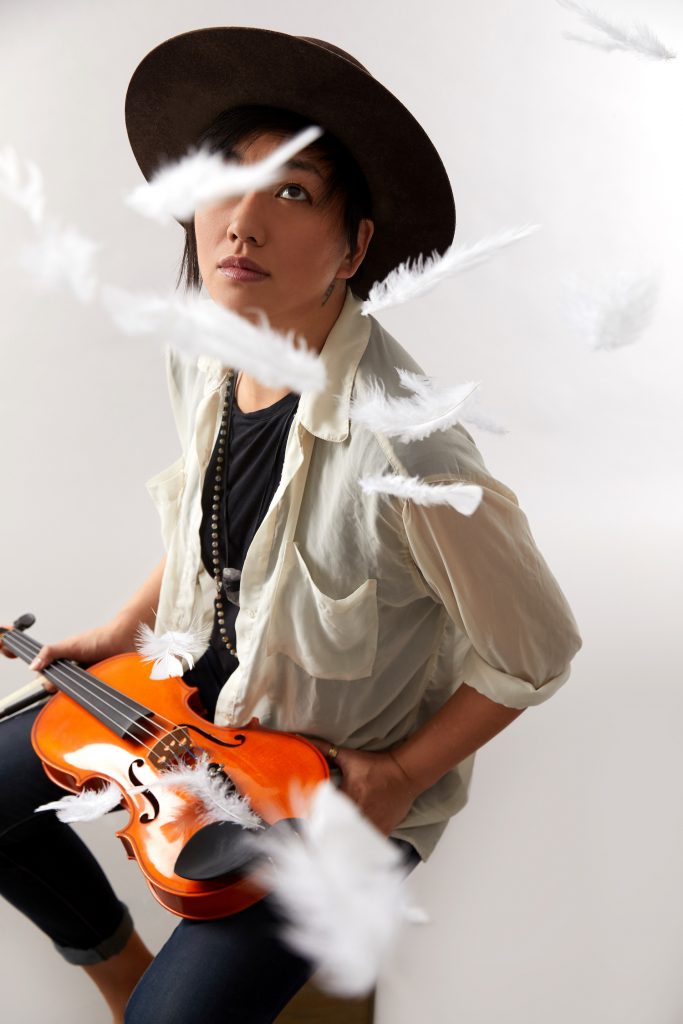 June 24 at 8:00 p.m.
The Restart Stage at Damrosch Park
Pride at Lincoln Center’s Restart Stages
Treya Lam
Treya Lam is a classically-trained, nonbinary, Taiwanese-American singer/songwriter whose joyously complex identity informs but does not define their work, whether solo or when playing with The Resistance Revival Chorus. Their strident voice, politically charged songwriting and fluent instrumental prowess on guitar, piano and strings recall not only Nina Simone and Ani DiFranco but also Kaki King, who signed Treya to her Short Stuff Records label in 2018. A regular performance veteran of past NYC Pride celebrations, Lam’s headlining Lincoln Center debut will be backed by a supporting septet of musicians and will feature music from their album Good News, more recent songs developed during their recent Joe’s Pub Working Group residency and brand-new work crafted during quarantine and intended for their forthcoming sophomore LP.

This event is a part of the National Queer Theater’s Criminal Queerness Festival, which presents exciting new plays by LGBTQ artists from countries that criminalize queer and trans people. 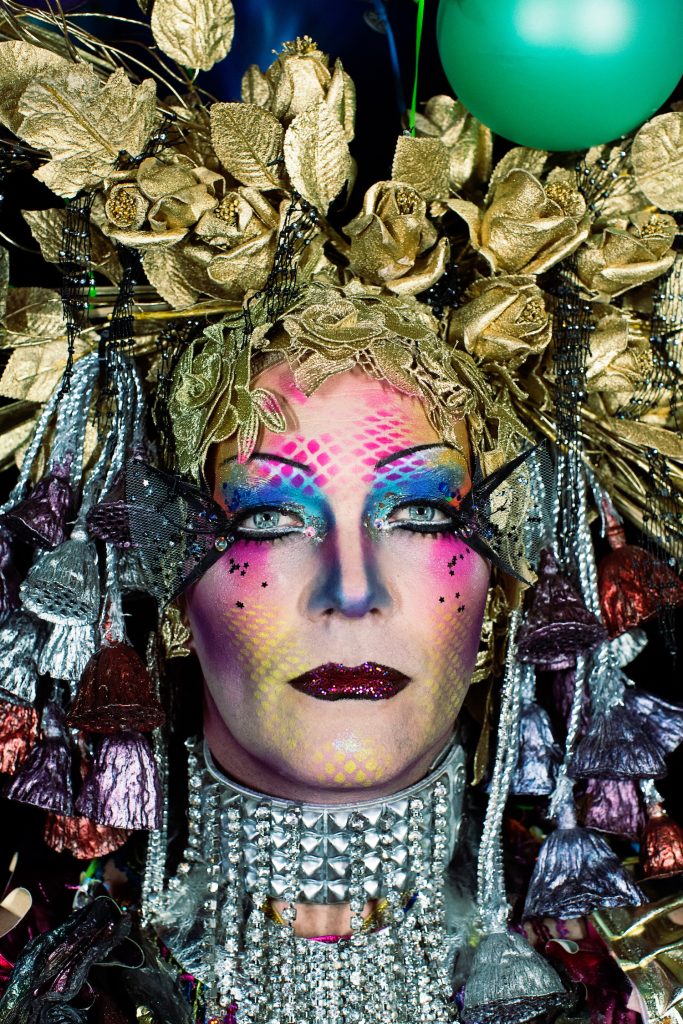 Friday, June 25 at 8:00 p.m.
The Restart Stage at Damrosch Park
Egg Yolk
Taylor Mac
Featuring The 24-Decade Gang with Matt Ray and Machine Dazzle
In 2016, Wesley Morris of The New York Times called theater artist Taylor Mac’s marathon performance art concert A 24-Decade History of Popular Music “one of the great experiences of my life.” In the nearly five years since that Pulitzer Prize-nominated piece launched Taylor onto the world stage, Mac (who prefers “judy” as a chosen pronoun) has toured internationally, received a MacArthur Fellowship, brought the multiple Tony-nominated Gary: A Sequel to Titus Andronicus to Broadway and recently released a short film based on the work of Walt Whitman for ALL ARTS. Now, judy returns to Lincoln Center with some 24-Decade friends for Egg Yolk, an evening of songs created in collaboration with his longtime music director, arranger and American Songbook favorite Matt Ray. As with every Taylor Mac show, no doubt Egg Yolk will offer some unpredictable surprises.

An outrageous and gender-busting solo musical theater performance that makes full use of his remarkable vocal range, nuanced acting and muscular grace, LatinXoxo—conceived by Anggelo with musical direction by Jaime Lozano, book by C. Julian Jiménez and directed and developed by SRĐA—is by turns hilarious, risqué and deeply moving. The work’s flamboyant costumes and ostentatious characters frame Anggelo’s reckoning with cultural preconceptions of machismo and identity, presented through intimately personal renditions of the Spanish boleros and pop music of his youth.