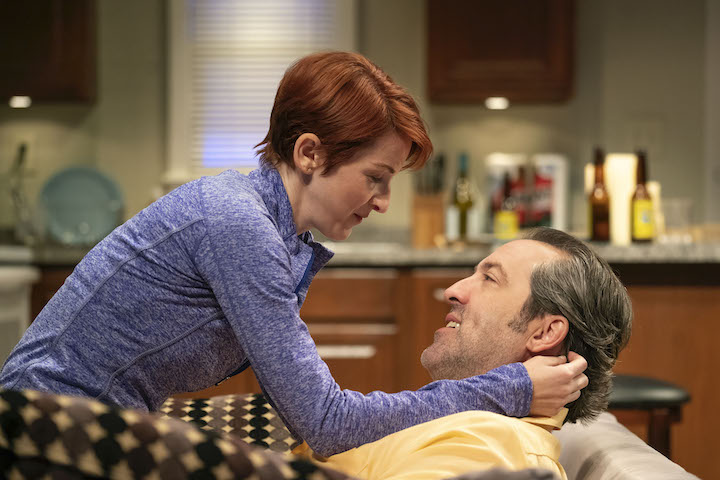 Amid an increasingly (and gratefully) diverse collection of narratives arriving on Broadway, Linda Vista boldly challenges the perception of straight white male privilege. Through the lens of playwright Tracy Letts, it’s not all it’s cracked up to be.

Some might find Wheeler’s (Ian Barford) predicament — recently turned 50, divorced and settling into a modest apartment in a San Diego community from which the play gleans its name — challenging to empathize with. The reasons for his separation, as he describes as “not exactly nasty,” are kept at arm’s length, just enough to allow the audience to get in bed with Wheeler’s multiple post-mid-life crises, including a nagging hip, dead-end job, and general malaise. But when he meets Jules (Cora Vander Broek) on a blind date at the insistence of his old friend Paul (Jim True-Frost), the possibility of happiness (or at least optimism) re-enters his life.

Letts, who won both a Tony Award and Pulitzer Prize for the sprawling family drama, August: Osage County, here portrays a more intimate portrait of life at the crossroads. His gift for language, amplified by Barford’s achingly nuanced performance, pulls in the audience with the character’s liberal yet set-in-his-ways idealism. “Most of life is disappointing,” he says to his co-worker Anita (Caroline Neff). 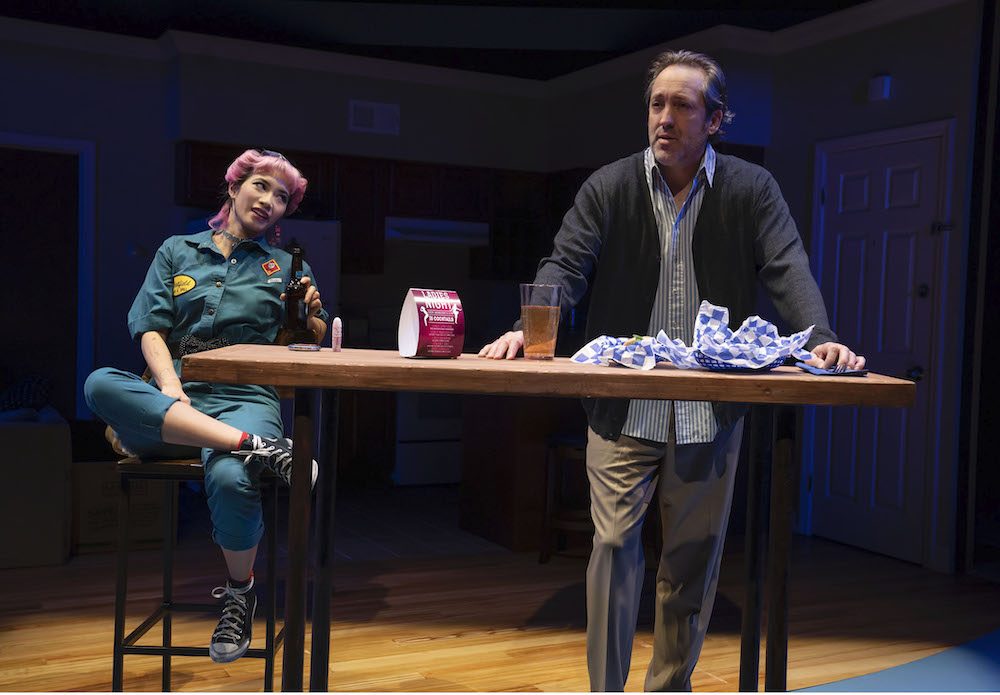 Jules encourages Wheeler to reconsider how he moves through the world, and though he finds comfort in semantics, she suggests that “it’s more fun to like things.” Their relationship moves quickly until Minnie (Chantal Thuy), a young neighbor, enters the picture. Without revealing any spoilers, his actions follow an expected route and his newly built glass house comes crashing down.

Letts explores our confounding relationship with intimacy through multiple perspectives. Jules, bouncing back from a hard-hitting break-up, latches on to Wheeler with an intensity that implodes at their one-month anniversary dinner. Minnie, who says early on that she’s going to hurt him, sticks to her word. Wheeler’s desperation for love, sexual satisfaction and validation is his undoing as his own needs eclipse everyone around him.

It might be easy for some to dismiss Linda Vista as a “boo hoo for you” commentary on a class, gender and race that, by in large, have been given a fast-pass through life’s trials and tribulations. But Letts asks us to consider the reawakening of men of a certain age, at a certain time, who recognize their multi-generational entitlement is not without perils.

“Grab whatever happiness you can,” Paul says to Wheeler. “You’ll fuck it up whatever you do.” That’s at once Linda Vista’s greatest truth and flaw: a major character who we grow to love, but ultimately can’t believe in.