Top Posts
Stephen McKinley Henderson Gives the Performance of His...
The McKittrick Hotel Announces the Return of ‘The...
Broadway Stars Honored with Academy Award Nominations
Taylor Trensch, Danny Wolohan, and More Join the...
A Gay Road Trip Comes to The Brick...
Maude Apatow of ‘Euphoria’ is the Next Audrey...
Tony Award Winners to Star in ‘Hercules’ at...
‘New York, New York’ Finds its Two Leads
Full Casting Announced for Oscar Isaac-Led ‘The Sign...
Disco Pop Musical ‘Here Lives Love’ to Bow...
Home Beyond Broadway Recap: Lindsay Mendez at Feinstein’s/54 Below
Beyond BroadwayHot Ticket

Lindsay Mendez —the powerhouse Tony Award-winning actress — promised us a cozy evening with humor and throwbacks to her inspirations. It’s precisely what we got, and then some.

Her show, playing through January 26 at Feinstein’s/54 Below, was a mixture of contemporary numbers and stories and, as promised, a walk down memory lane with classic songs from musical theater and the American Songbook. Leaping to the stage, Mendez made a beeline for the microphone and began the evening with a jubilant rendition of a Judy Garland classic “Everybody, Sing!”

Radiant with energy, Mendez finished the number (“Judy is and always will be my queen”) then spoke to how much she loved being back at Feinstein’s/54 Below. She also addressed how difficult it is for her to open up and share personal anecdotes but she did reveal some of her more intimate personal and professional challenges.

“I’m a bonafide Mexican Jewess — I grew up loving theater and Mariachi,” Mendez quipped, and went on to explain that she was one of three Latinos in the entire Musical Theater Program at Orange County High School. This segued nicely into “Nothing” from A Chorus Line, a piece accompanied by a hilarious physical routine. “Thank you for letting me live my Chorus Line dream,” she said. 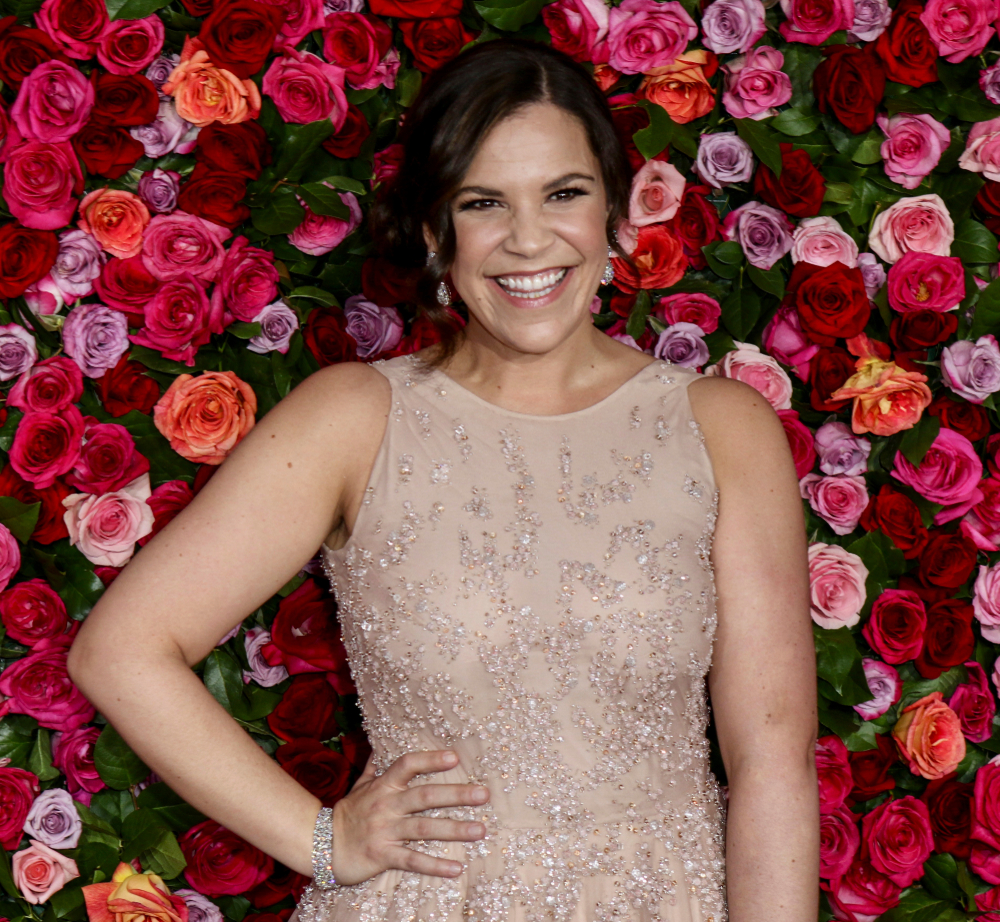 The evening also delivered a nostalgic trip to the golden age of supper clubs. One number, “Who Knows” from I Can Get It For You Wholesale, was a tribute to New York, love and daydreams — a quintessential song that put the audience back in the days of top hats and pearls.

Charmingly self-deprecating, Mendez spoke about her own pitfalls in romance and lauded the benefits of self-care. “No limit to years of working on yourself,” she said to the crowd, to smatterings of applause. Indeed, the sentiment was followed by a song written by Mister Rogers’ “It’s You I Like” about appreciating someone for who they are, rather than how they look or what they do.

Mendez, still enraptured by the early days of television sitcoms, asked the audience whether we were I Love Lucy fans (affirmative). She then sang Vivian Vance’s “Lily of the Valley” from I Love Lucy, repeating her curtsies and sways to comedic perfection. It was a hilarious, warm emulation of a classic tune that had a tantamount influence upon Mendez. “One of my absolute joys is bringing live art to a room full of people in real time,” Mendez said, smiling at the happy crowd.

What came next was a treat, though not particularly unexpected. “I really feel that I owe a lot to Carrie Pipperidge,” Mendez said of her Tony-winning run as the lovable sidekick to Julie Jordan in Carousel. It was a joy watching Mendez reprise and relive her role: nearly bursting with joy, she scaled the song to perfection, emitting a fondness of the number and the memories it conjured. The crowd, jubilant and applause-happy, appreciated Mendez’s song list, and a couple even got engaged towards the end of the set!

Be sure to catch Mendez through January 26 at Feinstein’s/54 Below, and while another wedding proposal might not be in the future, there’s plenty of love to be had in her musical affection.