Top Posts
‘Company’ to Hit the Road on North American...
Meet the Full Cast of ‘Shucked,’ Coming to...
Full Cast for ‘Parade’ Announced
Stephen McKinley Henderson Gives the Performance of His...
The McKittrick Hotel Announces the Return of ‘The...
Broadway Stars Honored with Academy Award Nominations
Taylor Trensch, Danny Wolohan, and More Join the...
A Gay Road Trip Comes to The Brick...
Maude Apatow of ‘Euphoria’ is the Next Audrey...
Tony Award Winners to Star in ‘Hercules’ at...
Home Beyond Broadway Ladysmith Black Mambazo Can’t Escape the Afterlife in ‘Lindiwe’
Beyond BroadwayReviews 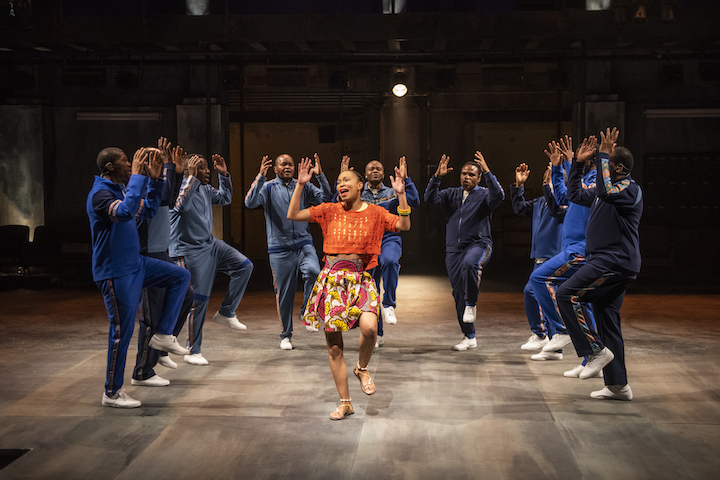 Grammy-winning Ladysmith Black Mambazo. A love story that transcends death. Chicago Blues. Steppenwolf Theatre Company’s Lindiwe has all the ingredients for a transformative theatrical experience. What could go wrong? Practically everything.

Mainstream music fans were introduced to Ladysmith Black Mambazo on Paul Simon’s 1986 Graceland. The group began touring after the album’s success and found their way to Chicago as part of Steppenwolf’s The Song of Jacob Zulu (1992), a play with music based on actual events surrounding a terrorist attack in a shopping mall outside of Durban. Lindiwe director Eric Simonson has had a relationship with the group since that time, and in 2013 began developing a new work with the support of the theater company’s then artistic director Martha Lavey.

What has come out of this highly-anticipated endeavor is no doubt a labor of love, but its long-distance narrative — a love story that spans Chicago and Durban, real-life and afterlife — lacks any compelling thread to engage its eager audience. And worst of all, Ladysmith’s hauntingly rich vibratory tones rarely convey the group’s more than 50-year existence as messengers of the music and culture of South Africa. Instead, the nine members haunt the proceedings like a clumsy Greek chorus. 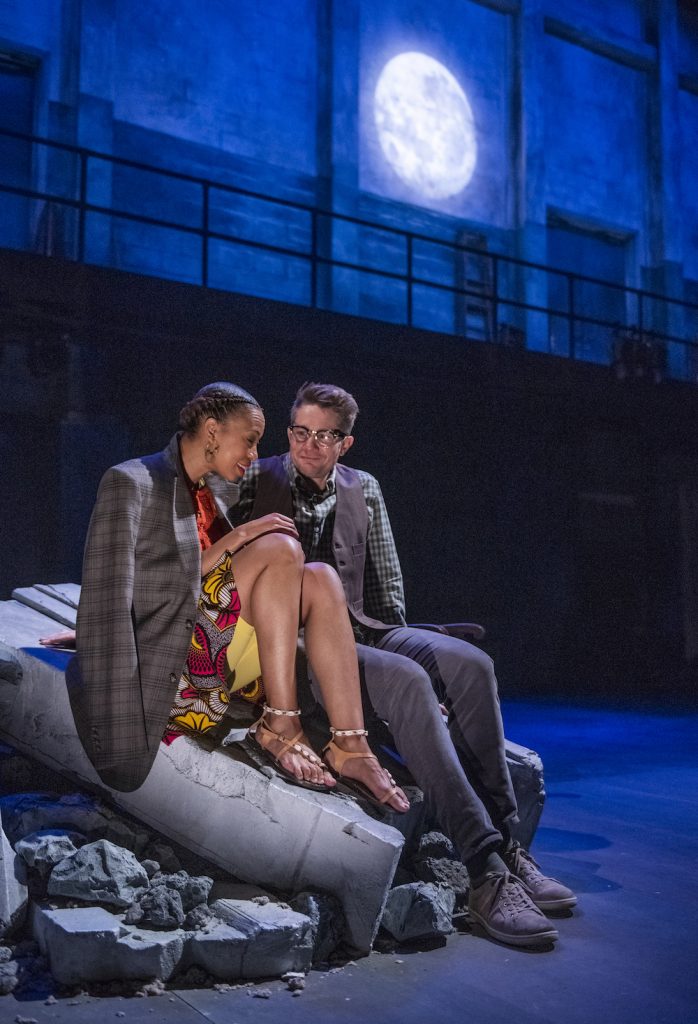 Lindiwe (Nondumiso Tembe), a passionate South African singer, and her boyfriend Adam (Erik Hellman), a drummer with occasional gigs at Kingston Mines, attempt to manage a multi-continent relationship, but culture and visas get in the way, and in a heated argument en route to the airport, a car accident occurs. They hover in purgatory under the droll watch of the Keeper (Yasen Peyankov), a Hades-like figure wielding a staff and curiously dressed like the SQUIP from Be More Chill. In order to return to the living (I won’t give away any spoilers as to which one is actually dead), Lindiwe must sacrifice her voice — cue The Little Mermaid. Oh, Adam also meets up with his aunt (Jennifer Engstrom) for no apparent reason in the almost after-life to throw one more unnecessary ingredient into the melting pot.

Tembe and Hellman’s lack of chemistry ruins any illusion that their relationship could survive long-distance let along purgatory, while Simonson’s script offers such broad and obligatory mentions of Chicago icons (the Cubs, hot dogs, blues) that anyone with a 312 or 773 area code or a faint familiarity with the Windy City will feel as if they were lifted from a hotel visitor’s guide.

Collette Pollard’s gloomy, crumbling industrial set could be leftovers from a recent production of West Side Story or Follies but gets a lift from Marcus Doshi’s lighting design. Saturated shadow-shifting can’t save Lindiwe’s less-than-compelling narrative. But if you shut your eyes, which I did by the second act, and simply take in Ladysmith Black Mambazo’s resonating sound — well, that’s a life worth fighting for.