Top Posts
‘Company’ to Hit the Road on North American...
Meet the Full Cast of ‘Shucked,’ Coming to...
Full Cast for ‘Parade’ Announced
Stephen McKinley Henderson Gives the Performance of His...
The McKittrick Hotel Announces the Return of ‘The...
Broadway Stars Honored with Academy Award Nominations
Taylor Trensch, Danny Wolohan, and More Join the...
A Gay Road Trip Comes to The Brick...
Maude Apatow of ‘Euphoria’ is the Next Audrey...
Tony Award Winners to Star in ‘Hercules’ at...
Home Buzz Listen: Jason Robert Brown’s ‘Coming From Inside the House’
Buzz 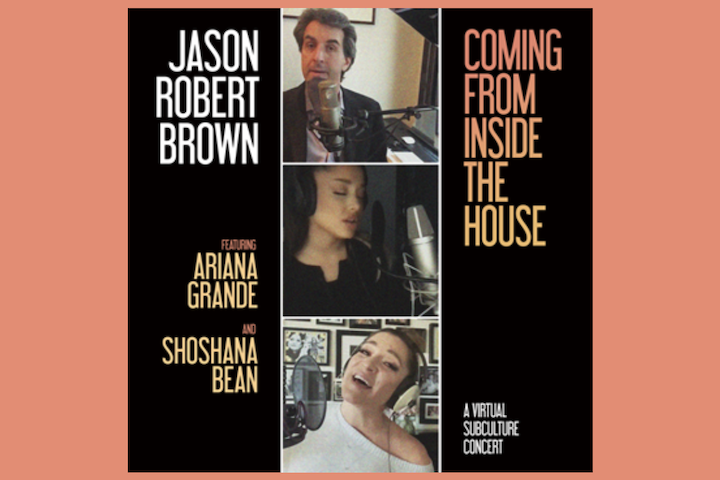 “The first person I called to sing was Shoshana Bean,” said Jason Robert Brown. “We are as simpatico as two musicians can be — where Shoshana breathes, I breathe; when I stretch, she stretches; when one of us flies, the other is the ballast. I asked if she would sing ‘The Hardest Hill,’ a song I had written specifically for her and which I had always hoped she would record.

And then, nervously, I sent a text to Ariana Grande. I’ve known Ari since she was an astonishingly talented 14-year-old. We’ve gotten to make music together a couple of times throughout the years, and whenever it happens, I am struck by how comfortable our collaboration is and how relentlessly hard she works to get things exactly right. My text said, ‘Do you know my song, “Still Hurting”?’And her response was, ‘Am I a person?’ Ari was in.”

Jason Robert Brown is joined by his family; multi-Platinum selling, Grammy Award winner Ariana Grande; and Broadway star Shoshana Bean to perform highlights from Brown’s tremendous career, including Grande’s stirring performance of “Still Hurting” from his musical The Last Five Years. Grande starred in Brown’s Broadway musical “13,” and co-wrote and recorded “Jason’s Song (Gave It Away)” on her Platinum-selling album, “Dangerous Woman” in 2016. Bean starred in the 2018 off-Broadway production of Brown’s Songs For A New World.

“Having the opportunity to make music with my favorite person, Jason Robert Brown, is always an amazing experience – even virtually,” said Shoshana Bean. “Watching the SubCulture concert in April was very emotional for me. I’m hopeful that this album will bring some joy and light to listeners, especially during what has been a challenging time for so many.”

The album also features a bonus track, the world premiere recording of “Nothing’s Bigger Than Kong,” a song that was commissioned for (but ultimately not included in) the 2018 Broadway musical King Kong.

The album was recorded, edited and mixed by Emmy Award winner and Grammy Award nominee Jeffrey Lesser, and produced by Lesser and Jason Robert Brown. It was mastered by Oscar Zambrano. Marc Kaplan of SubCulture served as executive producer. 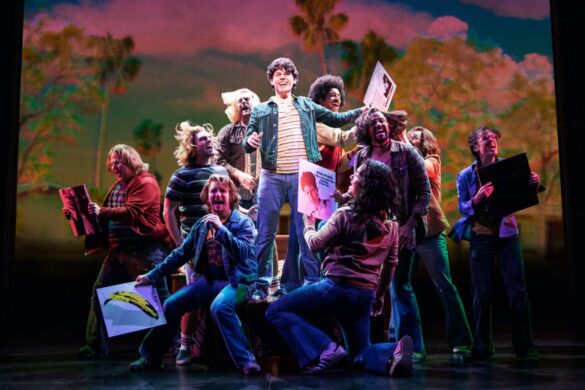