Top Posts
‘Company’ to Hit the Road on North American...
Meet the Full Cast of ‘Shucked,’ Coming to...
Full Cast for ‘Parade’ Announced
Stephen McKinley Henderson Gives the Performance of His...
The McKittrick Hotel Announces the Return of ‘The...
Broadway Stars Honored with Academy Award Nominations
Taylor Trensch, Danny Wolohan, and More Join the...
A Gay Road Trip Comes to The Brick...
Maude Apatow of ‘Euphoria’ is the Next Audrey...
Tony Award Winners to Star in ‘Hercules’ at...
Home Beyond Broadway Feed Me More: ‘Little Shop of Horrors’ is Deliciously Satisfying
Beyond BroadwayReviews 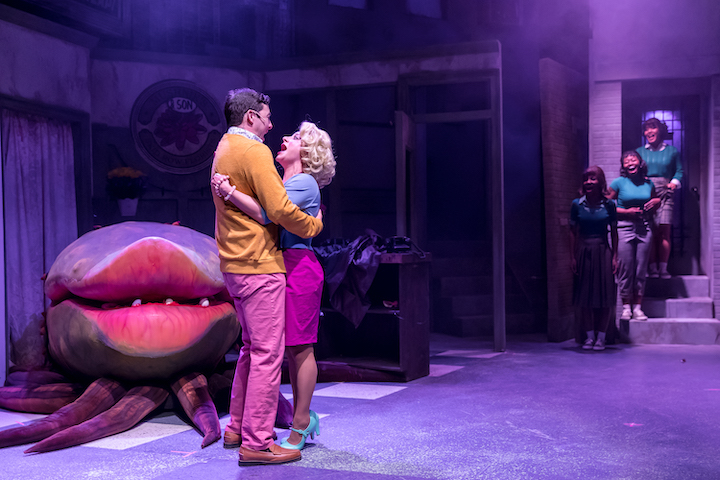 Ever since its 1982 Off-Off Broadway premiere, the sci-fi musical Little Shop of Horrors has been a playhouse staple. From high school and summer stock stages to major productions like the 1986 Hollywood film starring Rick Moranis and the short-lived 2003 Broadway production, the script’s sharp comedic dialogue, eye-popping puppetry and engaging score have proven irresistible to local, regional and international companies alike. Just last fall Drury Lane Theatre presented its own take on the plant with a human-size appetite.

Mercury Theater’s rendition is an excellent burnishing of the legendary teamwork between writer Howard Ashman and composer/lyricist Alan Menken. Helmed by Mercury’s Executive Director Walter Stearns with musical direction and choreography from Eugene Dizon and Christopher Carter respectively, the production boasts a uniformly talented and charismatic cast that brings new energy and excitement to a beloved favorite.

Based on a shoestring-budgeted 1960 black comedy of the same name, Little Shop of Horrors gives audiences the story of Seymour Krelborn, a sweet, intelligent if shy and impoverished young man who often finds himself at the mercy of stronger personalities. As played by Christopher Kale Jones, a musical theater veteran who performed in the first national tour of Jersey Boys, this Seymour is hapless with enough self-aware sexiness to render the character’s tragic flaw painful and appealing. Mr. Jones’ Skid Row botanist knows how his story ends as soon as it starts – so close to love and acceptance he can literally smell it.

Seymour’s path to fame and fortune, as well as his more modest goal of winning the love of Audrey (the petite and powerful Dana Tretta), his flower shop colleague, is offered by an unusual plant. Christened the Audrey II (voiced by the hypnotizing Jonah Winston), the seedling that materializes after a bizarre solar eclipse displays an immediate and sustained bloodthirstiness that forever alters Seymour’s moral topography as he morphs along with Audrey II from harmless nobody to Life magazine cover star to serial killer. The union of terrific material and Mr. Jones’ strong performance allows audiences to laugh and empathize with the doomed character’s descent every (dance) step of the way. 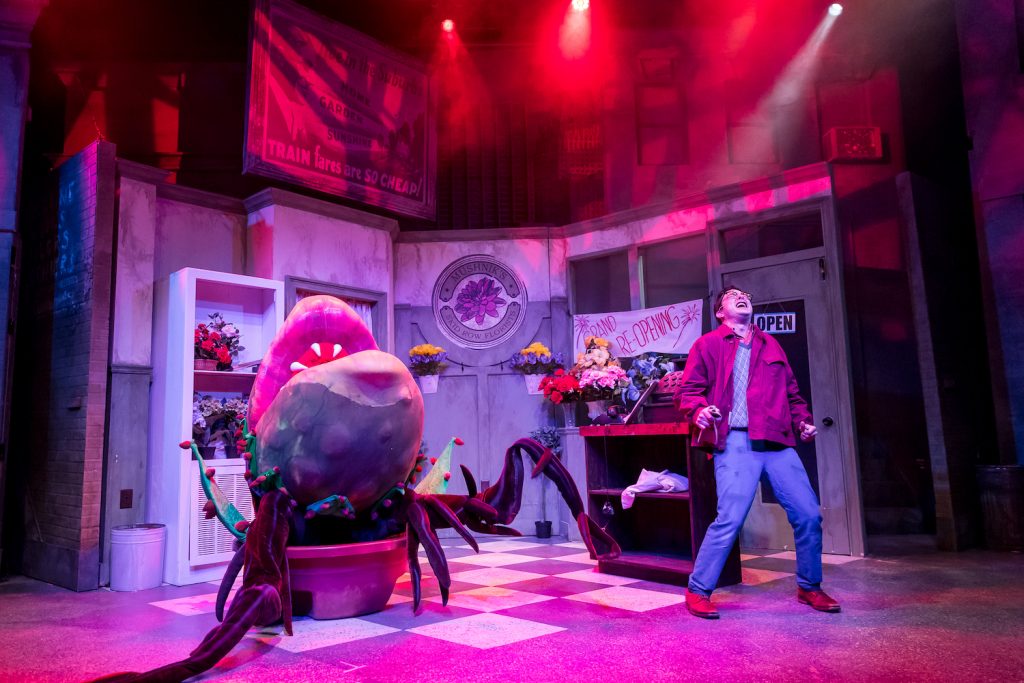 Shantel Cribbs, Nicole Lambert and Adhana Reid bring the right mix of sass, sparkle and harmony to the stage as Chiffon, Crystal and Ronette, a nod to the streetwise girl groups that populated American radio in the 1960s. And David Sajewich, who animates the dental sadist Dr. Orrin (and per the program, literally “Everyone Else” of the cast’s white male persuasion), is a revelation. Tall, dark, unstable and dangerous, Mr. Sajewich brings a dichotomous attraction and repellency to every minor character, rendering his performance as memorable as those of the bigger names on the proverbial marquee. 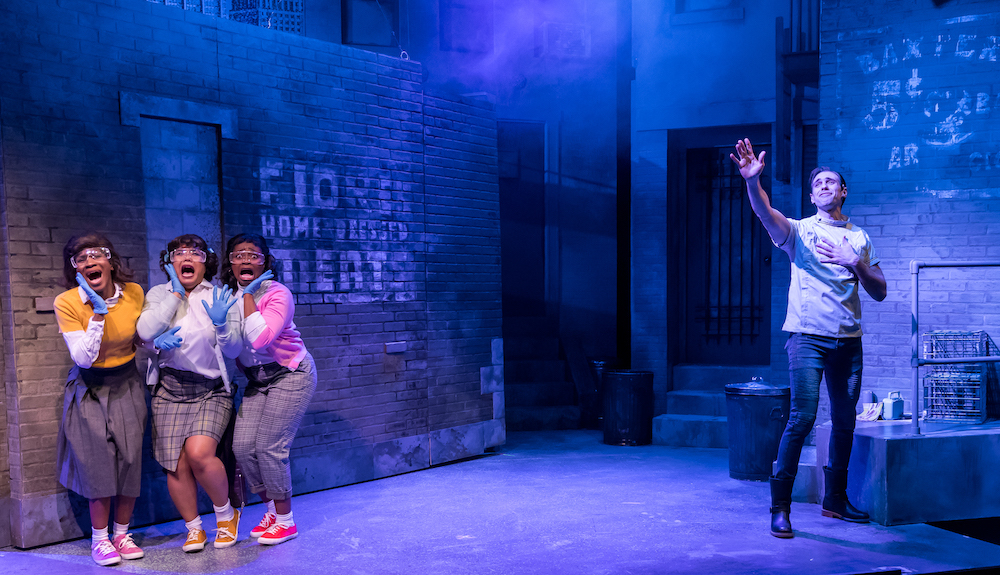 Above all, Little Shop of Horrors is about the songs. Audience members get all the hits, including karaoke staples “Somewhere That’s Green,” “Feed Me (Git It)” and “Suddenly Seymour.” The cast performs the treasured tunes with guileless gusto. And without giving away spoilers, Mr. Winston’s curtain call provides audiences with one final sing- and dance-along that carries the show’s effervescent energy out through the exit doors.

In 20 years of literary and theatrical study and criticism, I have seen more than a few productions of Little Shop of Horrors. Mercury Theater Chicago’s offering is one of the best.