Top Posts
‘Company’ to Hit the Road on North American...
Meet the Full Cast of ‘Shucked,’ Coming to...
Full Cast for ‘Parade’ Announced
Stephen McKinley Henderson Gives the Performance of His...
The McKittrick Hotel Announces the Return of ‘The...
Broadway Stars Honored with Academy Award Nominations
Taylor Trensch, Danny Wolohan, and More Join the...
A Gay Road Trip Comes to The Brick...
Maude Apatow of ‘Euphoria’ is the Next Audrey...
Tony Award Winners to Star in ‘Hercules’ at...
Home Beyond Broadway Society’s Chains That Bind: ‘Lockdown’
Beyond BroadwayReviews 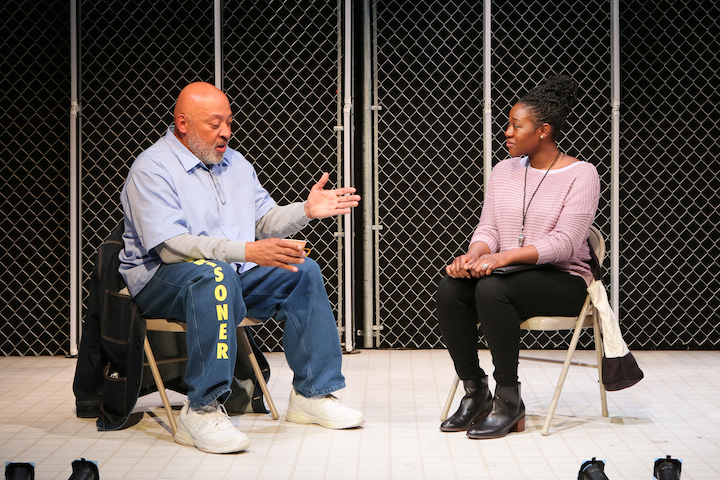 Cori Thomas brings the world premiere of her latest play, Lockdown, to the Rattlestick Playwrights Theater. This 95-minute intermission-less work, directed by Kent Gash, takes a look at the inherent unfairness of the criminal justice system via a longtime inmate and the woman trying to help him get parole.

The play is largely seen through the eyes of Ernie (Zenzi Williams), a book author volunteering at the prison three years after her husband died of a sudden heart attack. The couple had documented inmates as part of a photojournalism project, and when Ernie unexpectedly gets cleared to volunteer years later, she sees it as a message from the beyond, jumping at the chance to do something that brings her a little closer to her husband’s memory.

Ernie, as part of her volunteer efforts, is introduced to Wise (a very fine Keith Randolph Smith), a 62-year-old former gang-banger locked up at 16 years old for killing a police officer during a robbery gone wrong. These days, he’s teaching a program to help black men stay out of prison.

As Ernie says, “education and intelligence are two different things,” and while it’s clear he’s street-wise, Wise just can’t find the right words to make the parole board grant his release, rather than claiming yet again that he doesn’t understand his “causative factors. If they don’t want you to go home, that’s what they say.”

As he prepares for his fourteenth parole hearing, Wise begs Ernie to help write his statement. But before they can get there, Wise has to unpack his own serious baggage: coming up in the streets doing drugs and robbing people, admitting he stabbed someone at the age of nine, and that his own mother died when he was 13 and he had to “hide under the porch to cry.”

“I didn’t care about no one, I had no feelings about anything,” says Wise, reciting the credo that kept him alive on the streets. “I know that in their eyes, I’m nothing.”

Ernie must also dive deep into her own grief over the loss of her husband. Wise encourages her to begin writing again — the balm she needs to get on with her life.

Supporting characters include Eric Berryman as a Corrections Officer learning the ropes, and Curt Morlaye as a young, rapping inmate who regrets dragging his younger brother into a life of crime yet unable to help him. 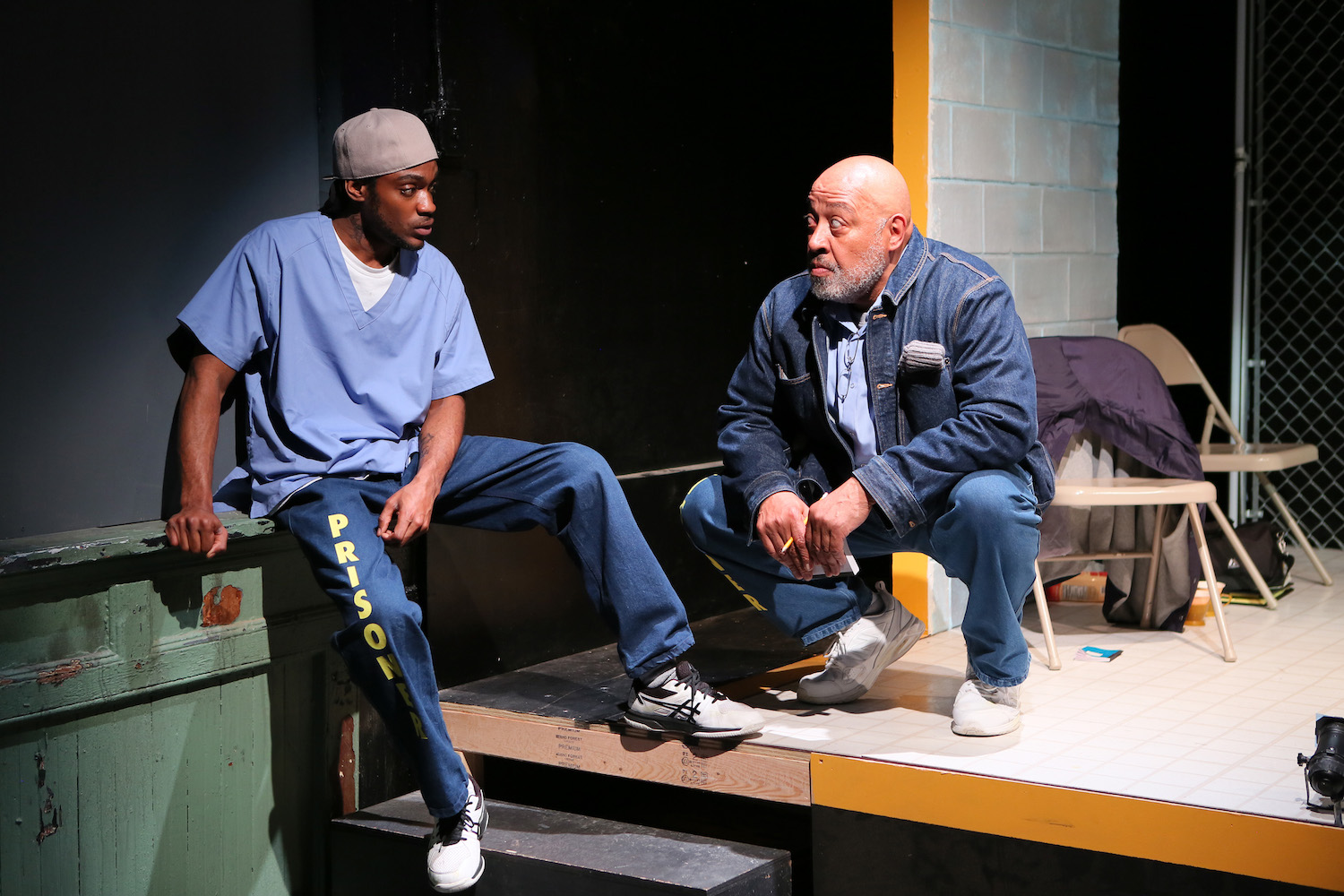 “We are all more than the mistakes we make, and that’s where the system fails,” says Wise. And he’s right. Thomas plays with a theatrical convention where the facts and the wished outcome don’t necessarily correlate; delivering a denouement that’s as unsatisfying as it is honest. Despite Wise’s growing self-awareness, despite his hard work to keep other young black men away from a life of crime, despite his true regret for his crime, the criminal justice system rarely provides anything resembling justice for the criminal.

Lockdown effectively uses this personal narrative to delve into the sprawling issue of prison reform and to show that the mechanisms we use to keep poor men of color in line are just as damaged as the unjust society that puts them there in the first place.