Top Posts
Broadway Review: ‘Skeleton Crew’
‘B is for Broadway’ Feb 1 Release to...
Broadway Photographer Matthew Murphy Heads Underground to Help...
Keala Settle Heads to West End to Join...
‘The Kite Runner’ Heads to Broadway for Limited...
First Look at Audible’s ‘Long Day’s Journey Into...
Robert Cuccioli Stars in ‘A Touch of the...
Tim Rice Teases that ‘Chess’ May Come to...
‘Girl From the North Country’ Announces Closing, Sort...
NYC Broadway Week 2-For-1 Tickets Now on Sale
Home Beyond Broadway London Theaters at Tipping Point, Which Ones Will Survive?
Beyond BroadwayBuzz 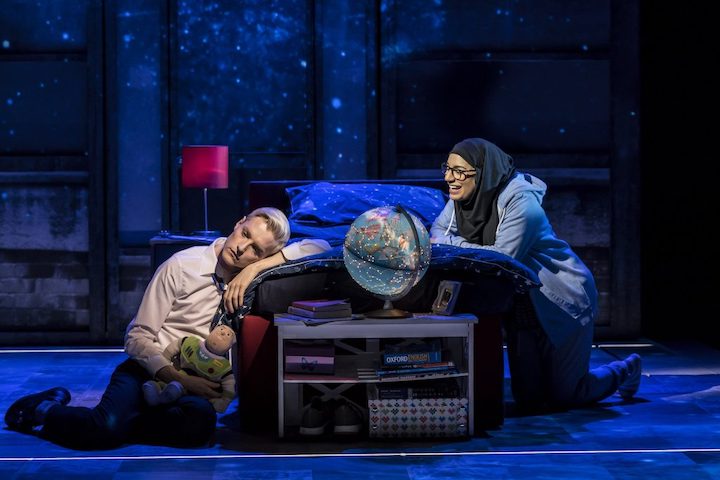 The West End (London’s equivalent to Broadway), along with smaller London theaters and regional productions, are forecasting a bleak future due to the pandemic — one that many may not survive.

British theater producer Sonia Friedman (Harry Potter and the Cursed Child) told the Telegraph, “The loss is inconceivable. What we take for granted has taken generations to create. It would be irrecoverable. We need our government to step up and step in – sharpish. There is no time to waste.”

The National Theatre, which has been an incubator for international hits such as War Horse, the recent revival of Angels in America and Network, may need to reduce its workforce up to 30 percent. Even so, the organization continues to share some of its most prolific productions for free via its YouTube channel. Past streams have included A Streetcar Named Desire starring Gillian Anderson, Barber Shop Chronicles and Frankenstein with Benedict Cumberbatch.

The British government has established a new Cultural Recovery and Renewal task force, helmed by Neil Mendoza. “Our culture holds us together. Arts, music, theatre, museums and heritage and culture in all its other forms are a vital part of people’s lives up and down the country,” said Mendoza. “Our outstanding creativity and arts excellence sets an example for the world. The people that work in cultural sectors want to work, to help continue to support and inspire their communities.”

Within the task force, an Entertainment and Events Working Group will be created, drawing from representatives from around the country to help advise and guide on the reopening of the country’s cultural venues.

Already, the London production of Waitress closed ten weeks ahead of its scheduled July 4 closing date.

While commercial productions are weathering dramatic, unforeseen losses, the impact on the country’s longstanding cultural institutions like the National continue to ripple throughout the city.

Shakespeare’s Globe Theater has a history dating back more than 400 years. Originally built in 1599, it burned to the ground in 1613, and a replica was built in 1997 to honor the legacy of William Shakespeare and his impact on the world of theater.

According to CNN, The Globe’s artistic director Michelle Terry said that the theater is not eligible for Arts Council funding and that the playhouse was faced with having to “balance between surviving and serving” the community.

Only time will tell which theaters and productions will survive and for how long. For now, the intermission carries on.