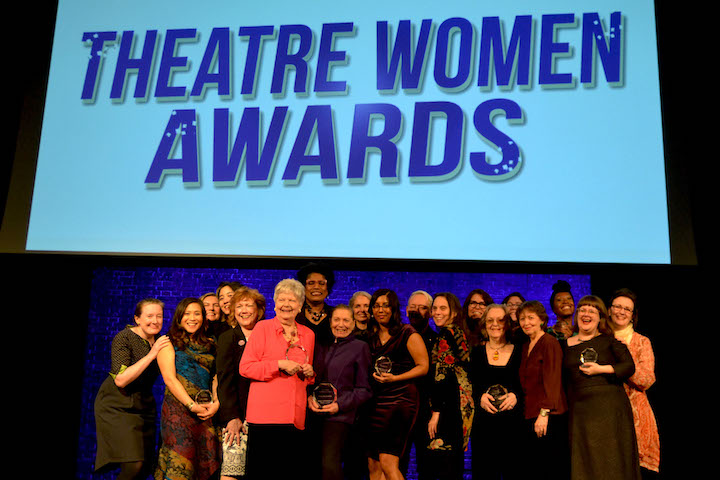 In a world that often seems to pit women against one another or make them into caricatures, it was lovely to watch women joyously praise one another for their accomplishments at the recent 2019 League of Professional Theatre Women Awards. And rightly so: the sheer slew of projects and achievements was both overwhelming and inspiring. Beginning with introductions by LPTW presidents and staff, the evening then turned to Nancy Giles (Good For Otto), who hosted the event.

“We may seem like a league of superheroes,” co-president Catherine Porter said. She paused for effect, then finished, “Well, yes.” The crowd, expressive and overjoyed, cheered her remarks. The evening’s superheroes took the stage one by one, each introduced by Giles, and in turn, introduced the honorees. The speeches ranged from career nascence to establishment, discussing the work that has been done and the glass ceilings still to be broken through.

The presenters, mostly personal friends and colleagues of the recipients, spoke about the honorees’ accomplishments. The recipients were as follows:

The women’s speeches also touched upon themes of diversity and inclusion, and how many of their works seek to include people of color from diverse backgrounds. Natasha Sinha, the new Director of Artistic Programs at Signature Theatre, spoke about how she never saw actors who looked like her on stage and believed this was a theatrical norm. She continues to work toward changing that lack of diversity.

Zakiyyah Alexander, one of the founders of the Kilroys, a female group that promotes plays written by women and trans women, discussed her frustration with herself and theater as an institution, when she discovered that most of her favorite shows were written by white men. “Theater is a world we often pretend is paradise,” Alexander said. “And it is if you’re a white male.” The rhetoric demanded space for women and women of color in the theater world, and the agreement was palpable.

In evening’s highlight, renowned choreographer and director Graciela Daniele received the Lifetime Achievement Award. Speaking about her experience with a mixture of spark and nostalgia, she remarked, “I was lucky — I was good, too, but I was lucky.” 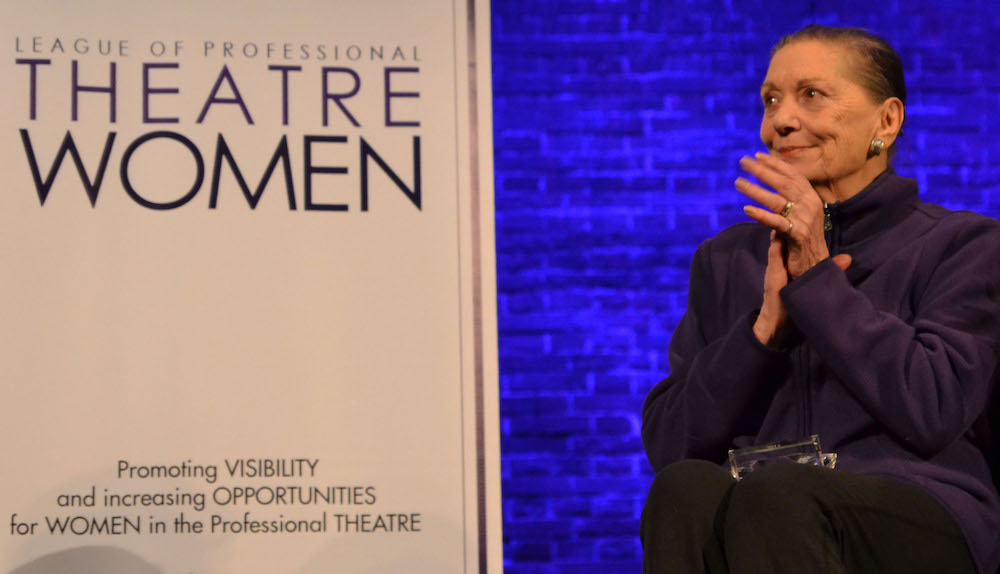 The evening, themed “the road to parity,” urged a transitioning theatrical environment and a movement toward creating spaces for women and people of color in the theatrical community. The subject parallels a recent New York Times piece about the number of people of color in leadership roles at legendary theatrical institutions around the country, taking positions previously occupied by older white men.

The evening ended with an urging to see shows with all-female creative teams, to support women-made work, and an acknowledgment that although we have all in the past been inspired by white males, these women will empower and inspire even more people. “Until we reach parity in theater,” Joy Meads of the Kilroys said, “we are serving no one.” You tell em, sister.