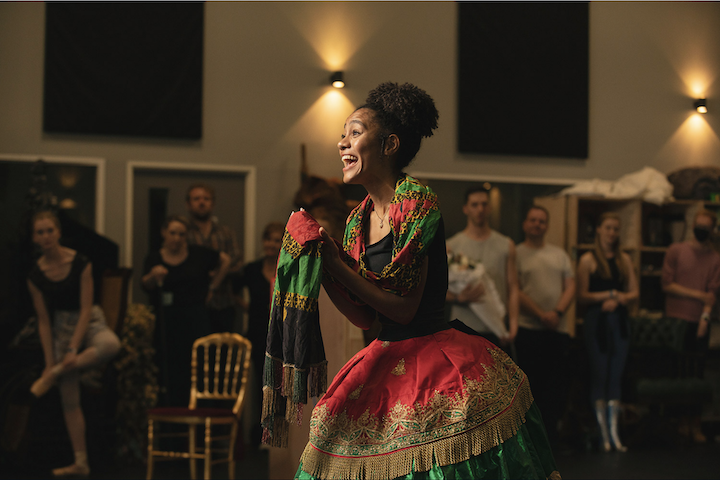 Lucy St. Louis in rehearsal for the UK production of “The Phantom of the Opera.” (Photo: uk.thephantomoftheopera.com)

Lucy St. Louis has made history as the first Black actress to portray The Phantom of the Opera‘s leading lady Christine Daaé in the West End. The smash Richard Stilgoe and Andrew Lloyd Webber musical reopened in London at Her Majesty Theatre on Tuesday, July 27.

In an interview with Broadway.com, St. Louis said, “I have loved this score from the moment I heard it when I was really young. I never thought really that it was ever possible [to play Christine]. Now, I’m just so grateful to be in this position. I know that other women of color have wanted this dream as well.”

“This is more than a dream role,” she added.

St. Louis is the first Black woman to play Christine in the West End; on Broadway, the first woman of color to play the role of the soprano Christine on was Ali Ewoldt. Norm Lewis was the first Black man to play the title role on Broadway, though Robert Guillaume replaced the show’s original star, Michael Crawford, in the Los Angeles production in 1990. The Phantom of the Opera is Broadway’s longest-running musical and will reopen in New York at the Majestic Theatre on October 22.