Top Posts
‘Company’ to Hit the Road on North American...
Meet the Full Cast of ‘Shucked,’ Coming to...
Full Cast for ‘Parade’ Announced
Stephen McKinley Henderson Gives the Performance of His...
The McKittrick Hotel Announces the Return of ‘The...
Broadway Stars Honored with Academy Award Nominations
Taylor Trensch, Danny Wolohan, and More Join the...
A Gay Road Trip Comes to The Brick...
Maude Apatow of ‘Euphoria’ is the Next Audrey...
Tony Award Winners to Star in ‘Hercules’ at...
Home Beyond Broadway Miracles Can Happen: ‘Make Believe’ at Second Stage Theatre
Beyond BroadwayReviews 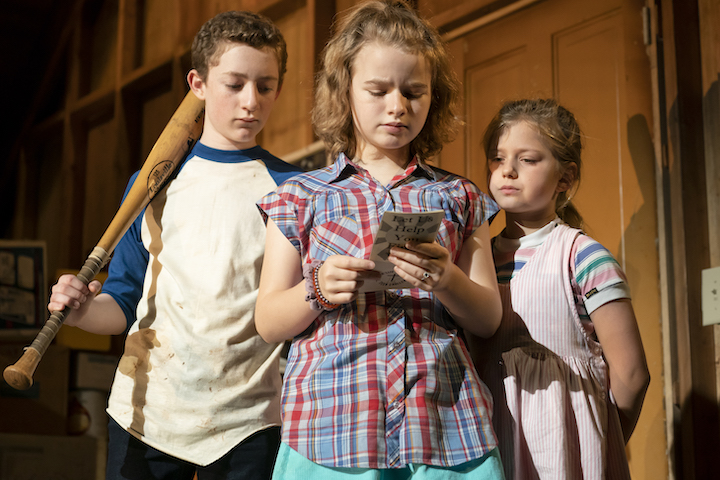 “It’s a miracle anybody survives their childhood,” says Addie Conlee (Susannah Flood) to her younger brother Carl (Brad Heberlee) as the siblings, along with their older sister Kate (Samantha Mathis) bemoan the abandonment and other turns of events that scarred their early years. In Bess Wohl’s play, Make Believe, survival is relative.

The siblings have escaped to the attic of their childhood home to avoid a post-funeral gathering that most audiences won’t see coming — one of a handful of dramatic twists that propels Wohl’s play forward. It’s a welcome shift after the lengthy and grating opening sequence, in which we bare witness to the children’s situation, set some 30 years earlier.

Under Michael Grief’s (Dear Evan Hansen) direction, their childhood versions stomp their way through role-playing their parents’ dysfunctional relationship. (Their emotionally unstable mother likes to drink, while dad has an affinity for long business trips.) Abandoned for several days and afraid they’ll be separated if put into foster care, eldest brother Chris (Ryan Foust) scrounges up groceries for the bunch. It’s only when we revisit the story from an adult perspective that we learn the devastating circumstances of his procurement.

According to some scholars, make-believe play is a critical component of childhood development, including learning to think from different perspectives and learning the art of negotiation. But for Conlee kids, make-believe appears as a Band-Aid on a broken arm. Wohl’s stylistic shift imagines their adult versions as irreparably damaged as they re-hash their early years. When a funeral guest (Kim Fischer) reveals several haunting truths about the eldest sibling, the play dissolves into soap opera sentimentality. 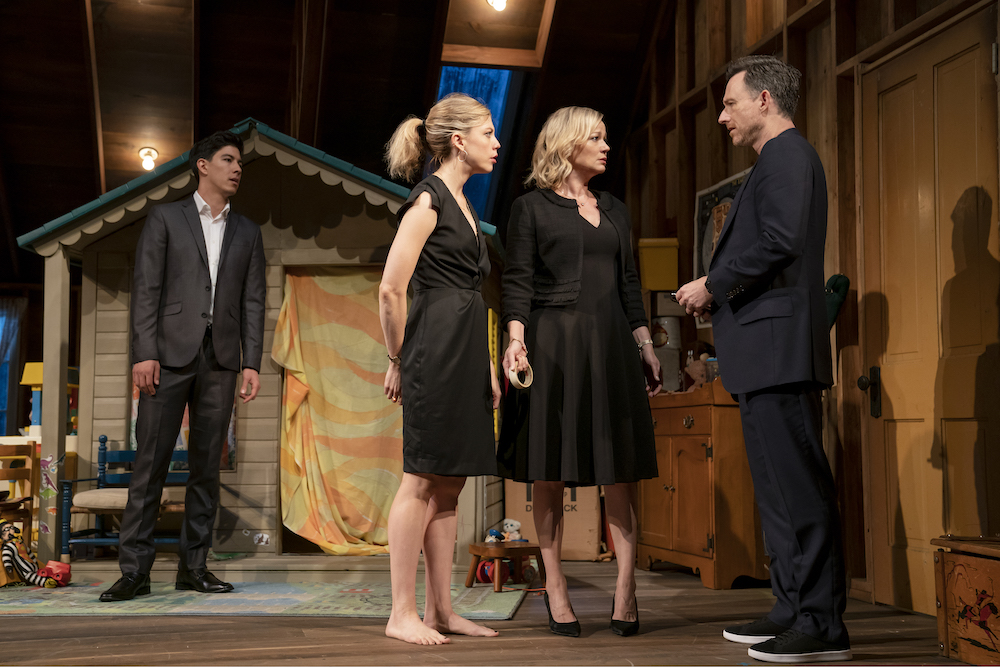 Originally commissioned by Hartford Stage, Make Believe’s New York cast retains Heberlee as the family’s youngest brother, but it’s Flood who captures the spotlight with her dark, deadpan humor. “They all wear helmets now,” she says, reflecting on the reckless days of their youth. “We never wore helmets anywhere… How did we not smash our heads in?”

While the damage might not have resulted in concussions for the Conlee kids, Make Believe reinforces the impact of our childhood experiences. Recovery can take a lifetime.

Matthew Wexler is The Broadway Blog’s editor. He is a member of the American Theatre Critics Association and alumnus of The Eugene O’Neill Theater Center’s National Critics Institute. Read more at wexlerwrites.com.