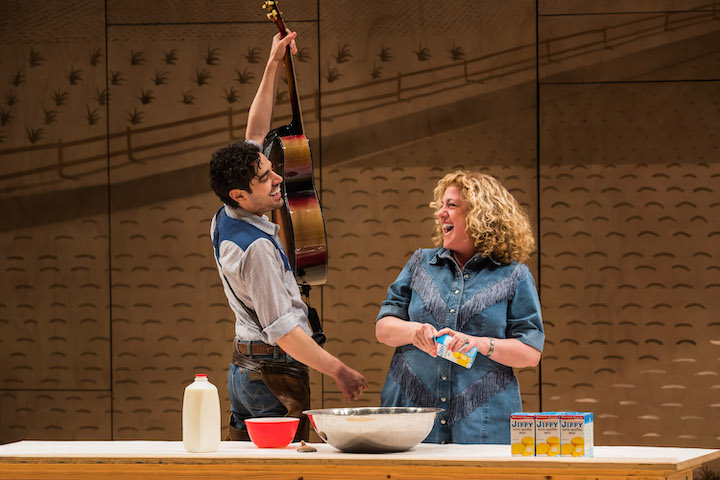 Aunt Eller has no time for your nonsense. Neither does Mary Testa, who sweeps new life into the character in Broadway’s completely reimagined Oklahoma! Eller is the voice of wisdom in this new territory, offering homespun advice to her niece, Laurey, and their fellow country folk. The performance received raves from critics and audiences alike, earning her a Tony Award nomination for Best Featured Actress in a Musical.

Testa is best known for her comedic work (A Funny Thing Happened on the Way to the Forum, Xanadu, On The Town), but she is no stranger to exploring serious territory. As Aunt Eller, she unearths the darkness that lies beneath her character and the original 1943 script.

CLICK HERE for the full interview on ShowTickets.com, where Testa dishes about cell phones in the theatre, unearthing Eller’s backstory, and more!