Top Posts
‘Company’ to Hit the Road on North American...
Meet the Full Cast of ‘Shucked,’ Coming to...
Full Cast for ‘Parade’ Announced
Stephen McKinley Henderson Gives the Performance of His...
The McKittrick Hotel Announces the Return of ‘The...
Broadway Stars Honored with Academy Award Nominations
Taylor Trensch, Danny Wolohan, and More Join the...
A Gay Road Trip Comes to The Brick...
Maude Apatow of ‘Euphoria’ is the Next Audrey...
Tony Award Winners to Star in ‘Hercules’ at...
Home Beyond Broadway MCC Theater Receives $1 Million Grant for New Musicals
Beyond BroadwayBuzz 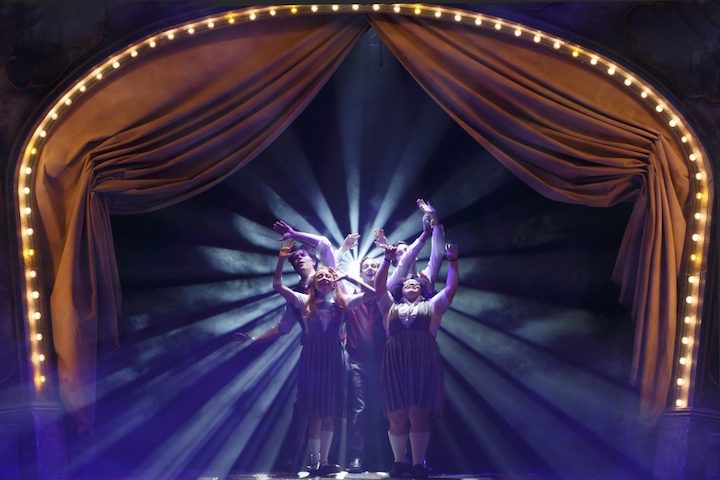 The cast of MCC Theater’s production of ‘Ride the Cyclone.’ (Photo: Joan Marcus)

MCC Theater announced this week a $1 million gift to enhance and support the development and production of new musicals. The Gary Platt Musical Initiative was formed in 2019 by Julie and Marc Platt and their family to honor the memory of their uncle and great-uncle, Gary, whose lifelong love of musical theater instilled in them a passion for this unique storytelling art form, and will begin supporting the production of new musicals during the 2019-20 season.

The gift establishing the Initiative comes as part of the opening of MCC’s first, permanent home, The Robert W. Wilson MCC Theater Space, which allows the company the opportunity to increase the number of annual productions, expand its programming initiatives, and deepen MCC’s commitment to provoking conversations and the exchange of ideas between artists, audiences, and young people.

A preview of MCC Theater’s new musical, The Wrong Man.

“Beyond being my beloved uncle, Gary introduced generations of nieces, nephews, great-nieces and great-nephews to the world of musical theatre,” said Marc Platt, speaking on behalf of wife, Julie, and their family. “He had a remarkable gift for encouraging people to embrace their unique talents and pursue their dreams.  An initiative that encourages new playwrights and songwriters to reach their potential is a legacy he would be so proud of and a beautiful reflection of his life.”

“We are truly grateful to Marc and Julie for launching The Gary Platt Musical Theater Initiative,” said Bernie Telsey, Co-Artistic Director of MCC Theater, speaking on behalf of the company’s artistic leadership. “Gary Platt’s love for musical theater lives on with multiple generations of the Platt family, and we are honored to build upon that legacy through this initiative and the opportunity it gives us to inspire and support new voices who have important things to say through this uniquely powerful storytelling art form.”

“The Gary Platt Initiative for New Musicals is a forward-looking partnership that will propel MCC’s work in developing and producing new musicals in our new home, new Robert W. Wilson MCC Theater Space. We’re grateful to the Platt family for this generous gift. Its impact will be felt at MCC and within the American musical canon for years to come,” said Blake West, Executive Director of MCC Theater.