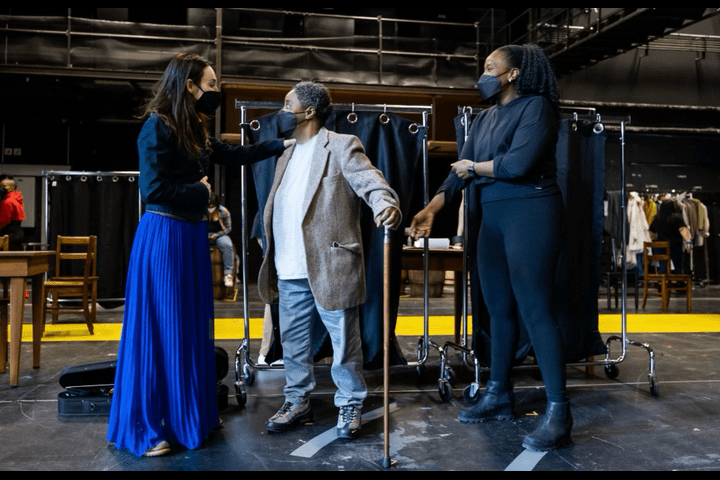 As one Broadway season wraps up, another is poised to begin — and one highly-anticipated musical is already in the works. 1776, with music and lyrics by Sherman Edwards and a book by Peter Stone, is currently enjoying a run in Cambridge at A.R.T. in a new production directed by Jeffrey L. Page and Diane Paulus. In this reimagining of the events leading up to the signing of our Declaration of Independence, the Founding Fathers are cast with a twist: an all female, trans, and nonbinary cast of performers will take on these historical roles, including that of principal Declaration of Independence author Thomas Jefferson. In this flashy musical, Tony Award nominee Elizabeth A. Davis (Once) takes on that pivotal role, and here she speaks with The Broadway Blog about the journey of bringing that figure to life. 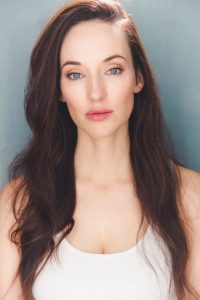 The Broadway Blog: Performances are just beginning for 1776 up in Cambridge! How is it going, and how does it finally feel to share this interpretation of the musical that people have been looking forward to for so long?

Elizabeth A. Davis: We are working hard in rehearsal during the day and previews in the evening. It’s all hands on deck to make sure we bring folks the best possible revival that has been in the making since before the pandemic! We look forward to welcoming audiences into this A.R.T. process as we get in shape for the Broadway transfer. It feels great to finally be rumbling with this dense material!

This is a pretty epic cast. Did you have any “pinch me” moments working with such wonderful collaborators?

Patrena Murray as Benjamin Franklin is to die for. So is Liz Mikel as John Hancock. And you are not ready for Salome Smith as The Courier singing “Mama Look Sharp.” Personally, singing “The Egg” with Crystal Lucas-Perry and Patrena is a blast. The whole cast is dreamy, and I’m certain you will fall in love with them as much as I have!

And our entire creative team is a Tony Award Who’s Who! Jeffrey L. Page and Diane Paulus are leading us with bravery and curiosity. And I’m particularly thankful for our music bedrocks David Chase, AnnMarie Milazzo, and Ryan Cantwell.

Getting ready to play Jefferson, did you do any historical research on your own, or were you more so working off of what the script and music gave you?

I took a research trip to Monticello and read three books in preparation: Thomas Jefferson: The Art of Power by Jon Meacham, Most Blessed of the Patriarchs and The Hemingses of Monticello, both by Jefferson scholar, Pulitzer Prize winner, and Harvard historian, Annette Gordon-Reed. Further, we had the major gift of Ms. Gordon-Reed speak to our cast about Jefferson, his contemporaries, and the dichotomous contradictions of Jefferson’s pure brilliance and deadly blind spots. Our dramaturg, Robert Duffley, has also done an extraordinary amount of research and been an excellent resource for the show and me personally.

Do you have any specific pre-show warm up exercises, or does the cast share any together?

We have started a full company gather on the stage right before the show starts that feels super special. I hope it continues! And personally… I have played the violin in several shows, (Once, Allegro, etc) but I’ve never played in a show where it’s historically written into the narrative; Thomas Jefferson was known to be an extremely proficient violinist. So a portion of my warm-up includes practicing pieces that were used in Jefferson’s 1800 Presidential campaign against John Adams. You will hear one of those pieces in the show.

The show heads to Broadway next; what are you most excited about as you prepare for that phase? Thank you!

I’m looking forward to finally sharing this multi-layered look at an integral American moment, its players, and, what Harvard historian Dr. Vincent Brown calls, “the predicament of history.” I hope audiences leave the show with questions and then seek answers. I’m also excited to wear the gorgeous wig by Mia Neal and stunning costume by Emilio Sosa!