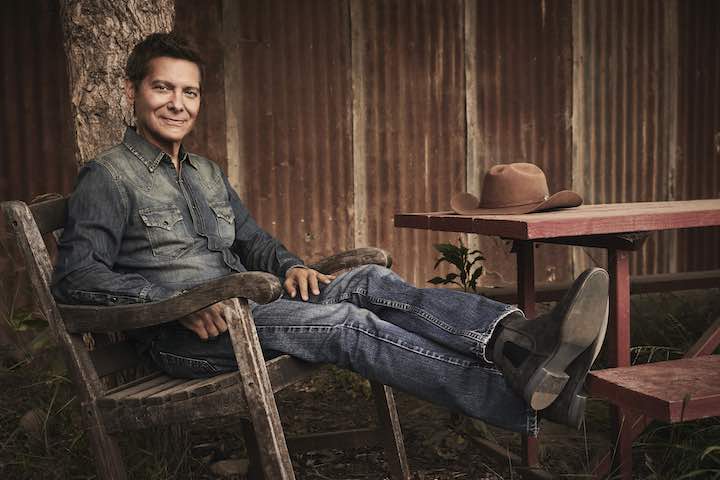 Saddle up, Gershwin is going country! Craft Recordings has announced the release of Gershwin Country, a new album from the GRAMMY- and Emmy-nominated entertainer Michael Feinstein, who reimagines the classic songs of George and Ira Gershwin through the contemporary lens of country music. 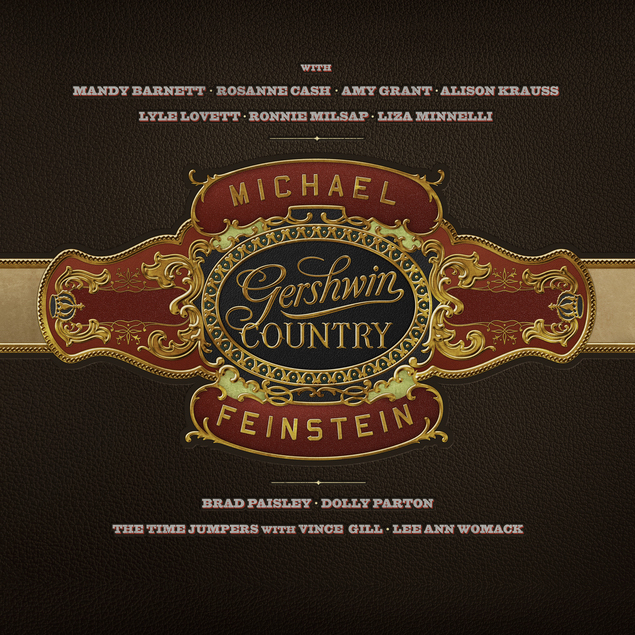 Executive produced by longtime friend and collaborator Liza Minnelli, the album pairs Feinstein with some of the biggest names in country music, including Dolly Parton, Alison Krauss, Brad Paisley and Rosanne Cash. Available for pre-order now on CD and digital, Gershwin Country hits stores March 11—with a portion of all proceeds benefitting MusiCares, a partner of the Recording Academy that provides a support system of health and human services to the music community.

Fans can stream the advance single, an expressive performance of “Someone to Watch Over Me,” featuring 27-time GRAMMY-winner Alison Krauss. From Gershwin’s 1926 musical Oh, Kay!, the tune became a No.2 hit alongside the Broadway show and has since been recorded more than 1,800 times by such artists as Frank Sinatra, Sarah Vaughan, Willie Nelson, Barbara Streisand and Linda Ronstadt.

George Gershwin (1898–1937) not only composed some of the 20th century’s most important orchestral works (Rhapsody in Blue, An American in Paris), he also wrote the groundbreaking English-language opera Porgy & Bess (including the hit “Summertime”), before finding great success in popular music, collaborating with his brother, lyricist Ira Gershwin (1896–1983). Embarking on his career as a teenager on New York’s famed Tin Pan Alley, George parlayed his work into Broadway at the turn of the 1920s.

Within a few years, he began his fruitful creative partnership with Ira. Together, the brothers would write some of the most influential songs of the era—forever changing the landscape of American musical theater. In 1924, the brothers collaborated on the stage musical comedy Lady Be Good (“Fascinating Rhythm” and “Oh, Lady Be Good!”), before following with Oh, Kay!, Funny Face (1927) and Strike Up the Band (1927). Later, with the rise of musical films, the Gershwins brought their talents to Hollywood—writing more than two dozen scores for the stage and screen before George’s untimely death at 38.

However, the brothers’ vast catalog of music continued to live on through the decades—recorded repeatedly by the world’s most respected artists. In Feinstein’s liner notes, he writes, “It is the reinvention of those songs that has given them the wings to fly through the changing times of the century, and travel onward through the years, eternally seducing new generations with their echoes of the Jazz Age expressed through his encoded DNA.”

Gershwin’s influence on Feinstein cannot be understated. “As a person who became besotted with [George] Gershwin long ago, I cannot be objective of his work, nor of his brother Ira’s, for it all goes too deep into my soul,” says the singer and pianist. “From the time I first heard them decades ago, the songs have felt personal, and as I have sung them through the years, they have become multifaceted diamonds revealing new angles of truth and depth with every exploration.”

At 20, Feinstein began a six-year tenure with Ira, serving as his assistant and archivist, among other roles. That pivotal experience informed the musician’s career—inspiring his broadly acclaimed 1987 debut, Pure Gershwin, and encouraging him to become the preeminent educator, archivist, interpreter and Ambassador of the Great American Songbook.

Over the decades, Feinstein continued to explore Gershwin’s music through such albums as Nice Work If You Can Get It: Songs by the Gershwins (1996) and Michael & George: Feinstein Sings Gershwin (1998), as well as through his Los Angeles Times bestseller, The Gershwins and Me (Simon & Schuster, 2012). Yet, no matter how many interpretations that he arranged or performed, Feinstein yearned to find a way to re-introduce these essential songs to contemporary ears. One day, the answer came to him through the voices of country music’s most prominent artists. 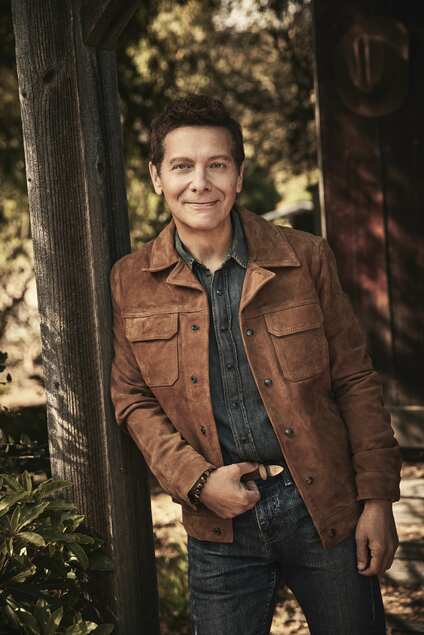 “The best interpreters of lyrics today are country singers,” he explains. “The deeper habitation of a song comes from connecting lyrically to the story and telling it honestly and with simplicity. Country artists are the last bastion of that art.” Gershwin Country, he continues, “was a chance to amplify and expand the palette of what Gershwin songs said, for I felt they could be heard anew from a different perspective and remain organic. And the thought of creating a Gershwin project with the potential to reach those who have never heard the name and would simply take the songs on face value was too irresistible.”

And so, Feinstein sought out the best talents in the genre, including his venerable co-producer, Kyle Lehning, who has helmed projects for Kenny Rogers, Faith Hill and Randy Travis, among many others. Lehning, in turn, assembled some of Nashville’s most esteemed musicians to back the sessions, including Bryan Sutton (acoustic guitar, mandolin), Steve Brewster (drums), Viktor Krauss (bass) and Kerry Marx (electric guitar).

When it came to his duet partners, Feinstein selected a cross-generational line-up of stars—all of whom have long been celebrated for their compelling vocal deliveries. Perhaps the most iconic storyteller on the album is Dolly Parton, who joins Feinstein on “Our Love Is Here to Stay.” Originally written for the 1938 film The Goldwyn Follies, the song was George’s last musical composition before his passing. Ira wrote the lyrics after George’s death in tribute to his brother. It became widely popular in 1951 when Gene Kelly performed the song in An American in Paris.

Brad Paisley, meanwhile, holds his own on a jaunty rendition of “I Got Rhythm.” Written for the 1930 musical Girl Crazy, the song became an instant jazz standard. Paisley and Feinstein’s version—which opens with a bit of witty banter—follows in a long line of famous recordings, including those by Louis Armstrong, Charlie Parker and Ethel Merman, who reimagined it as a disco track in 1979.

Alongside the stunning Alison Krauss collaboration for “Someone to Watch Over Me,” Feinstein draws again from the enduring musical Oh, Kay!, partnering with multi-GRAMMY Award-winning singer/songwriter Lyle Lovett for a soul-stirring version of “Clap Yo’ Hands.”

Other guests include The Time Jumpers with Vince Gill, who offer a harmony-filled version of 1924’s “Fascinating Rhythm.” Ronnie Milsap, meanwhile, lends his distinctive vocals to 1924’s “Oh, Lady Be Good!” and Lee Ann Womack makes 1927’s “Soon” her own. One of the latest inductees to the Grand Ole Opry, Mandy Barnett delivers a moving performance of “How Long Has This Been Going On?” Introduced to audiences in the 1928 musical Rosalie, the song was later popularized by artists like Ella Fitzgerald and Bing Crosby.

Rounding out the album is Amy Grant, who lends her vocals to one of the Gershwins’ most enduring songs, “They Can’t Take That Away From Me.” Originally written for the 1937 Fred Astaire/Ginger Rogers film Shall We Dance, the tune continues to be a favorite and has been recorded in more recent years by such artists as Gloria Estefan, Rod Stewart and Brian Wilson. Another popular tune, “I’ve Got a Crush on You”—which made its earliest appearances in the musicals Treasure Girl (1928) and Strike Up the Band (1930)—is performed with singer-songwriter Rosanne Cash in an upbeat arrangement.

Gershwin Country closes with a poignant duet of “Embraceable You” by Feinstein and Liza Minnelli. The jazz standard is particularly meaningful to the iconic singer and actress, as her father, Vincente Minnelli, considered the song a favorite. The renowned director was close friends with both George and Ira and chose the younger Gershwin brother to be Liza’s godfather. Kicking off early 2022, Feinstein will also honor Liza’s mother, Judy Garland, with a tour devoted to the beloved star on her centennial.

Reflecting on Gershwin Country, Feinstein writes, “Every single [artist] was an inspiration with the caring, dedication, and wisdom they instilled in these songs. Some titles were new to them, and that brought a gift of freshness to the proceedings.” Making the album, he adds, “was one of the happiest experiences of my life. Music is truly the universal language, and we all felt such a part of each other through the process.”