Top Posts
‘Company’ to Hit the Road on North American...
Meet the Full Cast of ‘Shucked,’ Coming to...
Full Cast for ‘Parade’ Announced
Stephen McKinley Henderson Gives the Performance of His...
The McKittrick Hotel Announces the Return of ‘The...
Broadway Stars Honored with Academy Award Nominations
Taylor Trensch, Danny Wolohan, and More Join the...
A Gay Road Trip Comes to The Brick...
Maude Apatow of ‘Euphoria’ is the Next Audrey...
Tony Award Winners to Star in ‘Hercules’ at...
Home Beyond Broadway Foul Ball: ‘Miracle’ at Chicago’s Royal George Theater
Beyond BroadwayReviews 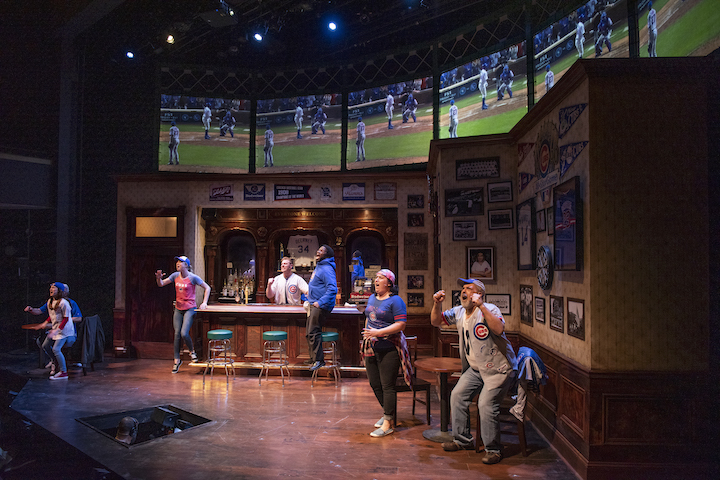 The cast of ‘Miracle.’ at The Royal George Theater. (Photo: Michael Brosilow)

That a show like Miracle, currently making its world premiere at Chicago’s Royal George Theater, is even inside the realm of artistic possibility is, well, kind of miraculous. But sometimes miracles come with a price, and this Chicago Cubs-inspired musical fails to knock it out of the park, let alone get on base.

This isn’t the first time baseball and theater have met on the playing field. Damn Yankees won the 1956 Tony Award for Best Musical, while Richard Greenberg’s Take Me Out (returning to Broadway next spring) snagged Best Play in 2003. The Cubs’ story could also make for an epic theatrical tale.

The Lovable Losers finally ended the sports world’s longest winless streak in 2016 with a long-dreamed-but-never-realized-by-anyone-living World Series trophy. And because nothing about being a Cubs fan is ever easy, the team put its global legion of diehards on an epic, seven-game emotional roller coaster ride that ended in joyous shock, disbelief, and exhausted euphoria. The extra bleary kind that only arrives at 1 a.m., after 108 years of waiting ‘til next year.

The real-life story — from Tinkers to Evers to Chance, to 1945, to the Curse of the Billy Goat, through 1969, 1984 and 2003, and until mercifully, 2016 — is one made for soaring opera: the tears of relief shed by fans old and young, for themselves and for the true believers long departed; the parade that welcomed millions of revelers to downtown Chicago on an unseasonably warm November day that seemed heaven-ordained. There’s so much material and possibility for bringing recent history to vivid narrative life.

Instead, the Royal George offers audiences thirsty to relive the impossible, a pedestrian, disappointing trifle. Miracle, with a book by Jason Brett (co-founder of Chicago’s Apollo Theater), and music and lyrics by Jeff Award-winner Michael Mahler (Buddy: The Buddy Holly Story), makes a few stirring emotional connections. But the production ultimately strikes out by engaging in too much Disneyfication and deus ex machina. The result makes for a bland if well-sung production that perversely siphons away the emotional heft of those fateful events in November 2016.

Quality scenic design by Collette Pollard introduces Miracle audiences to Maggie’s, a watering hole run by second-generation Charlie Delaney (Brandon Dahlquist), a former Major League Baseball minor league pitcher. The tavern is a blue-collar beer and shot joint in a rapidly gentrifying urban, well-heeled hotspot. The script contains hints of interesting subtext about the profiteering corporatization of the Chicago Cubs ownership in the Ricketts’ era. Alas, like many of Miracle’s narrative threads, it is left hanging.

Charlie’s only child Dani (played by the impossibly charming and gifted 13-year-old actress, Amaris Sanchez) has inherited the infected Cubbie blue blood of her father, grandfather Pops (Gene Weygandt) and deceased grandmother. Even Dani’s mother Sofia (Allison Sill), a Florida transplant, knows she committed to more than marital fidelity along with her wedding vows. The Cubs are the unspoken promise you can’t break. 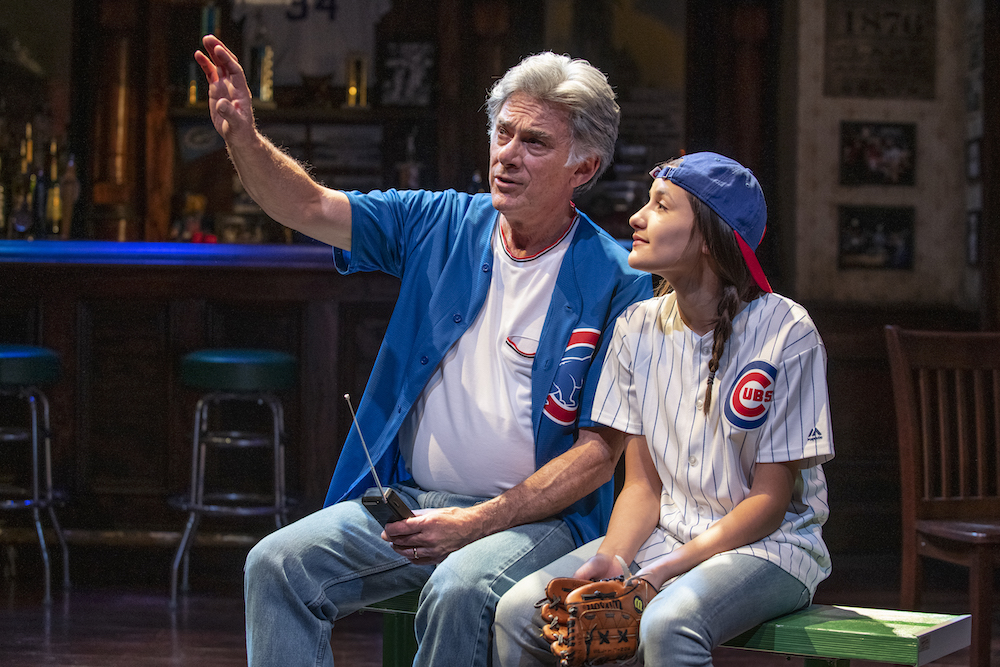 The Delaneys, while occasionally a witty and relatable family, are nonetheless a fictional cipher for the true characters of Cubs reality that any visitor to Wrigley Field can vividly recall. Paradoxically, the script tries too hard to draw the Delaneys’ circle of friends-as-family, invoking stereotype where the dialogue would be better served by an authentic touch of Chicago idiosyncrasy.

There’s Larry (Frederick Harris), Charlie’s schoolyard chum serving the fish-out-of-water, South Side of Chicago Cubs fan trope. Babs (Veronica Garza) and Weslowski (Michael Kingston), bear cartoonish names from the Capone era and a rough, generalized fanaticism for the local guys – business owner and sports teams alike. The source material’s supporting characters, however well-acted and given voice by their performers, are forgettable. Only the rough and stubborn Pops, played by Mr. Weygandt, crosses the emotional divide between boilerplate and genuine. The character’s soliloquies in front of his wife’s tombstone, holding a handheld radio, are well-done tearjerkers.

Miracle offers some unexpected delights that will sustain fans of musicals and the Chicago Cubs through the more tedious sequences. Narration by broadcasting legend and Chicago resident Bill Kurtis is a golden-voiced treat. And technical director Andrew Glasenhardt makes liberal use of actual footage from the Cubs wild ride of a 2016 season to infuse organic dramatic tension.

That said, there are better and more effective ways to capitalize on the redemption of America’s most celebrated sporting also-ran to tell a great musical story. But like a true Cubs fan, I’ll sit patiently waiting for another Miracle.