Top Posts
‘Company’ to Hit the Road on North American...
Meet the Full Cast of ‘Shucked,’ Coming to...
Full Cast for ‘Parade’ Announced
Stephen McKinley Henderson Gives the Performance of His...
The McKittrick Hotel Announces the Return of ‘The...
Broadway Stars Honored with Academy Award Nominations
Taylor Trensch, Danny Wolohan, and More Join the...
A Gay Road Trip Comes to The Brick...
Maude Apatow of ‘Euphoria’ is the Next Audrey...
Tony Award Winners to Star in ‘Hercules’ at...
Home Beyond Broadway ‘Molly Sweeney’ Asks: To See or Not to See?
Beyond BroadwayReviews 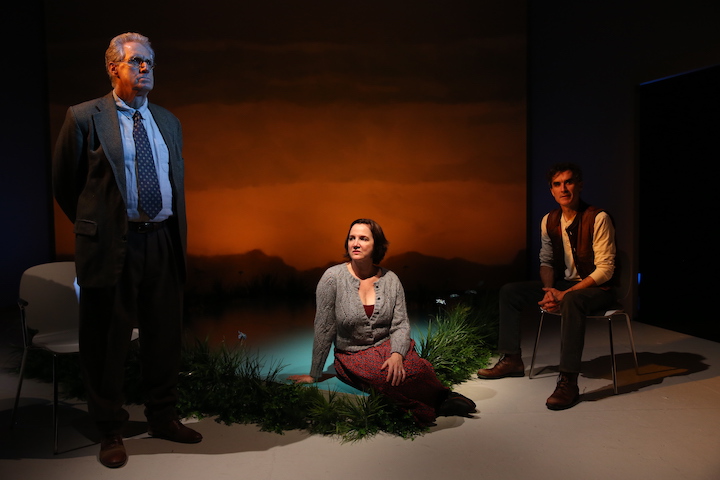 Molly Sweeney, by the great Irish playwright Brian Friel (Dancing at Lughnasa), is a sensitively crafted, verbally rich, but dramatically challenged and overlong play about the clash between physical and moral blindness. It’s being given a solid revival by the Keen Company, under the delicate direction of Jonathan Silverstein.

Molly Sweeney was inspired by an Oliver Sacks case study, “To See and Not See,” published in The New Yorker in 1993, and reprinted in Sacks’s 1995 An Anthropologist on Mars. Originally produced at Dublin’s Gate Theatre in 1994, this unconventional, three-character work had its New York premiere in 1996, starring Jason Robards, Catherine Byrne (from the Dublin cast), and Alfred Molina (in his New York debut).

Sacks’ account concerns the pseudonymous Virgil, a 50-year-old Midwesterner, blind since childhood with cataracts and a condition called retinitis pigmentosa. Able to see light and dark and discern movement before his eyes, his condition convinced an ophthalmologist that Virgil’s sight could be restored. This so excited Virgil’s fiancée, she urged him to do the operation.

It succeeded, and the rarity of a blind person gaining sight was duly celebrated — until it wasn’t. Virgil struggled with the frightening adjustments his new ability required, his very capacity to understand what he was seeing being seriously tested because he lacked the experience to recognize the world around him. 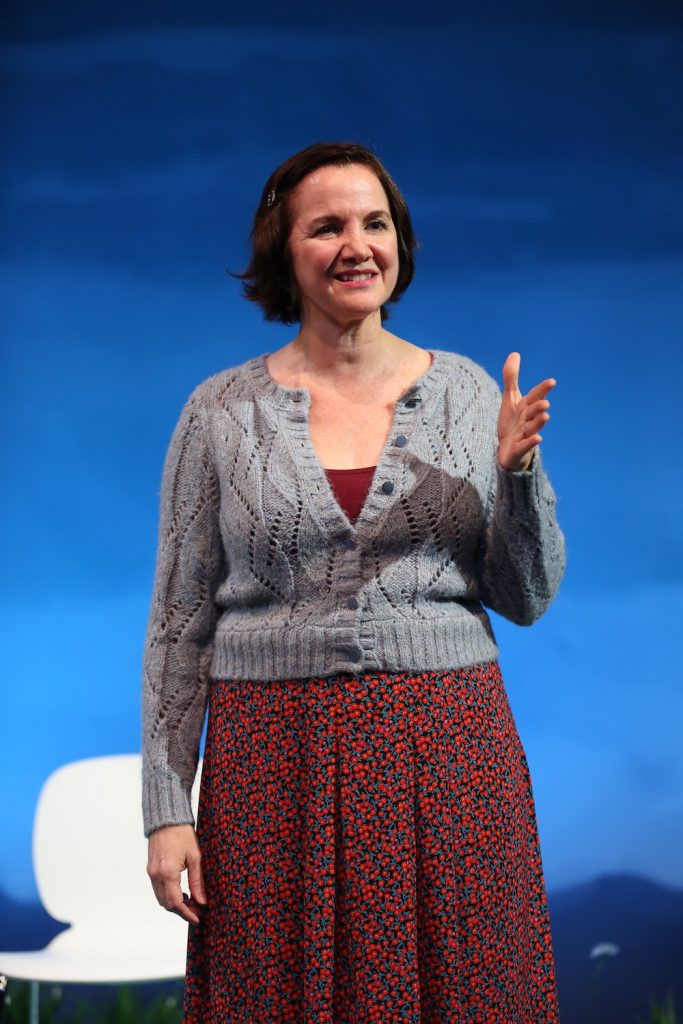 Friel changed Virgil’s story by moving it to Ballybeg, where the blind, 41-year-old Molly (Pamela Sabaugh, herself sight-impaired) is married to Frank Sweeney (Tommy Schrider). Molly is perfectly content to depend on her other senses, especially that of touch, even enjoying the pleasures of swimming and dancing.

Frank, an obsessive autodidact stuffed with both practical and arcane knowledge, including philosophy, has no steady employment. He either experiments with offbeat ventures, like making cheese from Iranian goats (a flop because their inner clocks continue to exist on Iranian time) or going off on good-works adventures, like saving the whales or delivering goods to Ethiopia.

Convinced there’s a chance his recent bride can see again, he persuades Mr. Rice (Paul O’Brien), a once-leading ophthalmologist, to operate. Mr. Rice, whose career has declined since his wife left him, sees the operation as a chance to regain his reputation. Both he and Frank, for all their good intentions, are more concerned with satisfying their own altruistic objectives than the complete well-being of Molly, who goes along mainly because of Frank’s fervor. Not only does Molly’s vision begin to fail, however, but neurological complications lead to a tragic breakdown.

The story’s basis in actuality—greatly altered as it is—provides Friel with a powerful basis for speculation on the issues involved. He dramatizes these, though, not in conventional terms but as monologues distributed among his characters, none of whom ever addresses the others as they move about or sit on Steven Kemp’s simple, three-walled set. Backed by a brightly painted landscape, it contains little more than a patch of grass. Anshuman Bhatia’s lighting significantly enhances emotional shifts.

Although well-performed, the work, more like a radio than a stage play, eventually drags as the wordy passages accumulate over nearly two and a half hours. Without the give and take of inter-character discourse, what might have worked in 90 minutes grows static, especially when Frank and Mr. Rice expostulate on digressive issues. (A similarly literary approach weakens Adam Rapp’s recently opened The Sound Inside.)

Molly Sweeney is an actor’s playground. O’Brien makes the whiskey-breathed Mr. Rice persuasively authoritative, if not notably guilt-ridden; Tommy Schrider infuses the enthusiastic Frank with vibrant loquacity; and Pamela Sabaugh gives the openhearted Molly a likable and lifelike persona for whom we both rejoice and grieve.

Molly Sweeney is reminiscent of Mark Medoff’s Children of a Lesser God, which deals with deafness and the right of impaired individuals to exist on their own terms rather than conform to the wishes of the non-impaired. For anyone who might have wondered why a blind person might not so readily benefit from being given sight, Molly Sweeney can be an eye-opener. 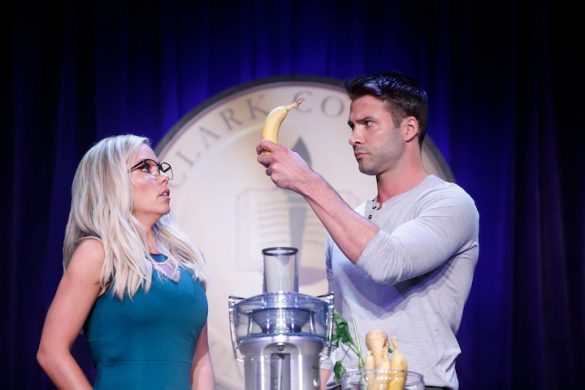