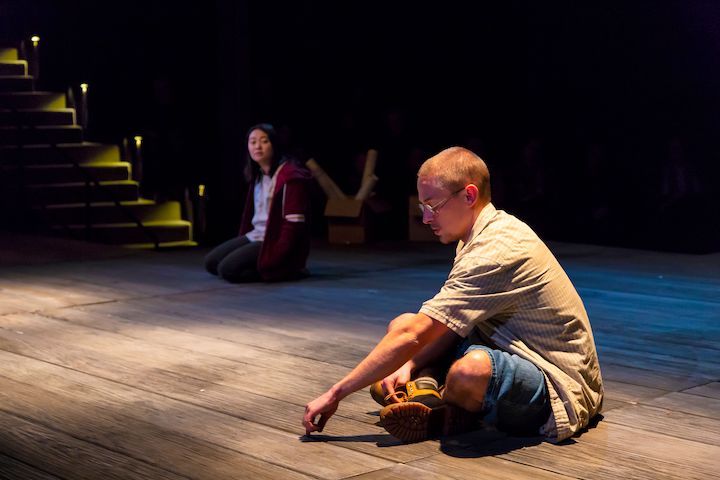 Like smoke from the tragic mine fire that forms the central memory in Samuel D. Hunter’s engaging but frustrating Greater Clements, the past keeps seeping into the lives of its characters, blotting out the future wherever it promises to shine through.

As in Hunter’s earlier work, like The Whale and Pocatello, the playwright sets the action among the emotionally wounded, small-town folk in his home state of Iowa (Clements itself is fictional). The town — in decline since its huge mine was closed, 33 years after a 1973 fire that killed 81 people — is on the brink of vanishing.

Doom hovers heavily over Clements. Its citizens, piqued by the complaints of Californian gentrifiers who’ve been buying land for summer homes and ranches, have bitten off their noses to spite their faces by voting to unincorporate, depriving the town of basic services like garbage pickups and street lights. This background (redolent of other Americans who vote against their own interests) emerges as we meet the characters.

Joe Bunker (Donovan), 27, with “the social intelligence of a 15-year-old,” has mental issues. He’s the son of Maggie (Ivey), who owns the town’s mine tour business and museum. She’s retrieved him from homelessness in Anchorage, where he moved after an act of violence that’s ruined his life. Maggie’s a lonely divorcée whose husband, Caleb, turned out to be gay. With the mine now closed and the business ending, things look bleak. 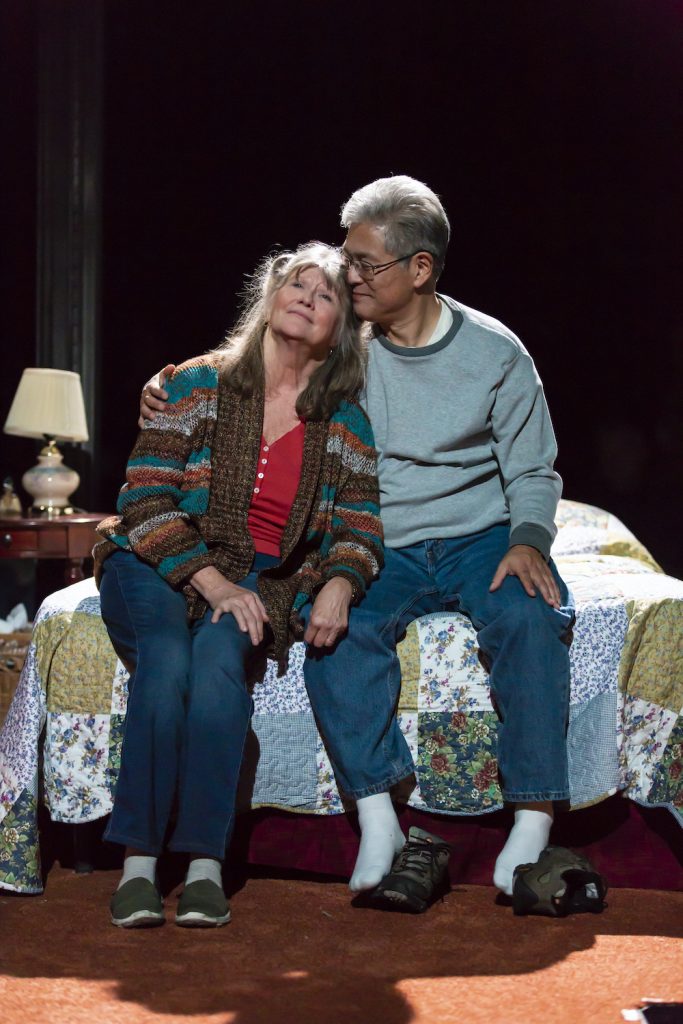 A ray of light shines when Billy (Ken Narasaki), her widowed, compassionate, Japanese-American high school sweetheart, and his bored, 14-year-old granddaughter, Kel (Haley Sakamoto), visit Maggie. Billy has prostate cancer and wants to reunite with Maggie, whom he hoped to marry before their relationship was severed by her father, a vet who fought in the Pacific and bore anti-Japanese sentiments. His troubles include an alcoholic son, Kel’s father, while Kel has such a morbid interest in death she convinces Joe to take her down to the dangerous fire site.

The presence of Japanese Americans in this small, Idaho town is a sidelight that introduces the theme of post-Pearl Harbor internment camps (Billy’s family was sent to the nearby Minidoka War Relocation Center). This, like Maggie’s father’s prejudice, is merely another itching scab from the past that insists on being scratched.

Hunter also introduces Clements’s lone cop, Wayne (Andrew Garman), attracted to Maggie but a possible threat to Joe. There’s also a meddling friend, Olivia (Nina Hellman), whose child was involved in the incident that got Joe in trouble. Finally, entering toward the end, is Mona (Kate MacCluggage), one of those gentrifying Californians, who finds herself with more on her hands than she reckoned for.

Throughout, people, trapped in the past, like miners in a mine, recall it almost as a reflexive way of dealing with the dark present and darker future. Will they, like the town, be unincorporated? In Greater Clements, chewing over personal history is practically a default position. Wayne, for instance, can’t resist building to his punch lines with repetitions of “wait for it!” Much of this comes off more as atmospheric chatter than dramatic necessity.

Hunter’s gab maintains our interest until, in Act III, the slender plotting sputters and artificial devices, including eavesdropping, lead to the tragic conclusion. I’ll not reveal details, other than to mention that they contain distracting improbabilities.

Also distracting is Dane Laffrey’s set, gloomily lit by Yi Zhao. In its attempt to solve the need for multiple locales on a thrust stage, it employs an elevator with sightline-obstructing beams, as well as a questionable ground plan. One sorry result forces the actors to exit downstage so they can rush through the theatre’s underworld to enter seconds later at the audience’s rear as if coming down the steep steps into an onstage room.

Ivey’s Maggie is vividly feisty, loving, fearful, rueful and protective. She’s well-balanced by Donovan’s quirky, childish, and intensely insecure Joe. Their performances, and those of the others, along with Hunter’s depiction of people searching for connection, compensate to a degree for the play’s shortcomings. Greater Clements, though, is not one of his greater works.