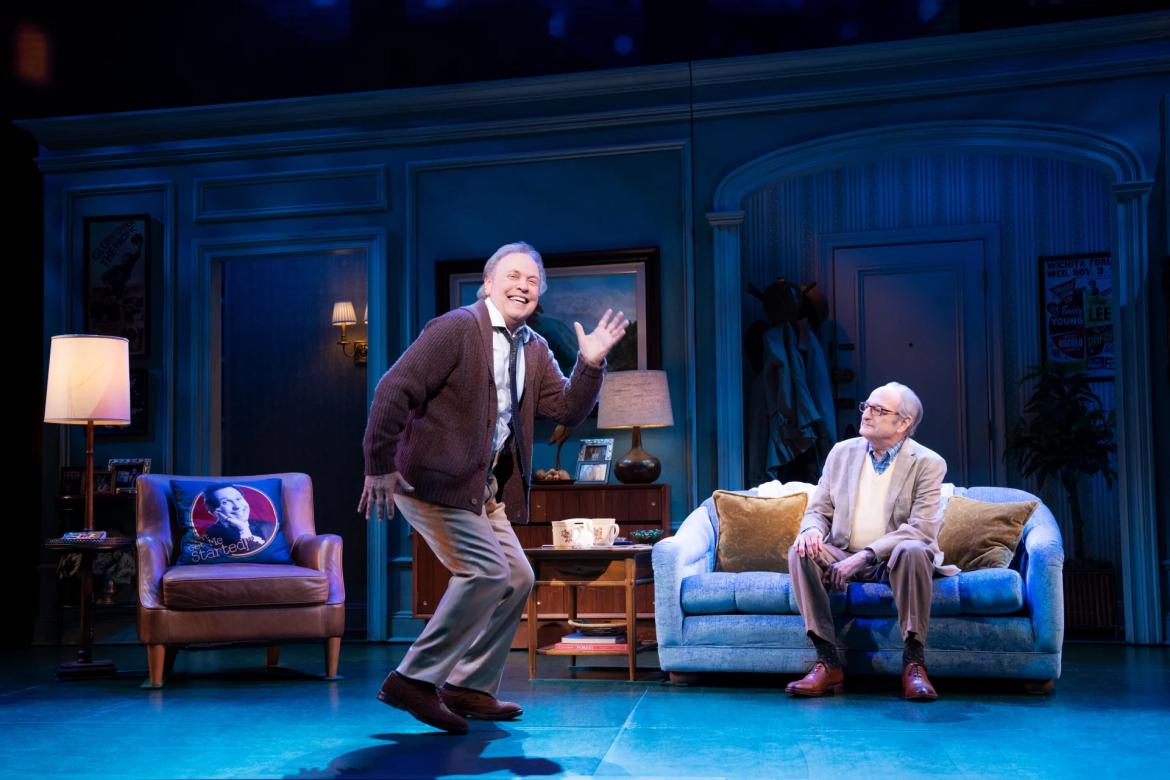 Mr. Saturday Night began performances at the Nederlander Theatre on March 29th, prior to an official opening on April 27th. The production was nominated for five Tony Awards, including Best Musical, Best Original Score for composer Jason Robert Brown, and Best Leading Actor in a musical for Crystal. The show received mixed reviews and has sometimes struggled at the box office.

“Bringing Mr. Saturday Night to the Broadway stage and experiencing the laughter and tears this show generates has truly been one of the high points of my career,” said Crystal in a statement. “It has been a joyous experience to make my musical comedy debut at the age of 74, and I thank everyone involved: my co-writers Lowell Ganz and Babaloo Mandel; director John Rando; our composer and lyricist, Jason Robert Brown and Amanda Green, and our music director David O; my vocal coach David Stroud; our choreographer Ellenore Scott; Scott Pask and our entire design team; our musicians and crew; the best producing partner you could ask for, Jimmy Nederlander; and the fantastic cast, each of whom I have great affection for and who made me so proud to act with every show.

“The character Buddy Young Jr. has been part of my life for many decades and I’m honored that I was able to share him with the audiences at the Nederlander Theatre.”

Mr. Saturday Night is the story of Buddy Young Jr., an outrageous and outspoken comedian who found fame, if not fortune, in the early days of television. Now, some 40 years after his TV career flamed out, Buddy seeks one more shot at the spotlight, and while he’s at it, one last shot at fixing the family he fractured along the way. Upon closing, the musical will have played 28 previews and 116 performances.