Top Posts
‘Company’ to Hit the Road on North American...
Meet the Full Cast of ‘Shucked,’ Coming to...
Full Cast for ‘Parade’ Announced
Stephen McKinley Henderson Gives the Performance of His...
The McKittrick Hotel Announces the Return of ‘The...
Broadway Stars Honored with Academy Award Nominations
Taylor Trensch, Danny Wolohan, and More Join the...
A Gay Road Trip Comes to The Brick...
Maude Apatow of ‘Euphoria’ is the Next Audrey...
Tony Award Winners to Star in ‘Hercules’ at...
Home Buzz ‘Mrs. Doubtfire’ Will End Broadway Run May 29
Buzz 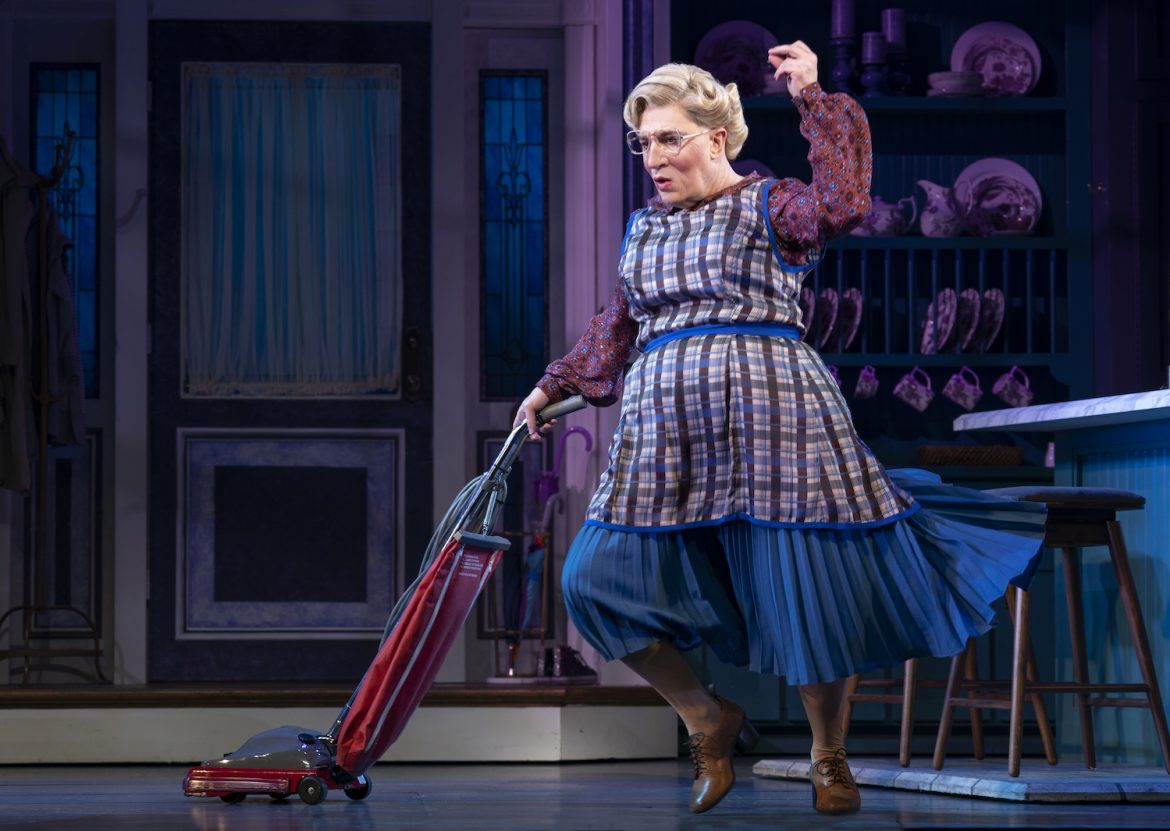 Mrs. Doubtfire will close on Broadway later this month. The new musical ends its third Broadway engagement at the Stephen Sondheim Theatre on May 29.

Mrs. Doubtfire first began Broadway previews on March 9, 2020 before shutting down three days later due to the Covid-19 pandemic. Performances resumed on October 21, 2021, then stopped again on January 9, 2022 due to low ticket sales and the impact of the Omicron variant. A third engagement began April 14, and will now conclude the show’s Broadway life.  Rob McClure, who plays the title role, received the show’s lone Tony Award nomination for Best Performance by an Actor in a Leading Role in a Musical.

“Even though New York City is getting stronger every day and ticket sales are slowly improving, theatre-going tourists and family audiences have not returned as soon as we anticipated,” said producer Kevin McCollum. “Unfortunately, it isn’t possible to run the show without those sales, especially when capitalizing with Broadway economics on three separate occasions.”

“I would like to express my profound and unending admiration for our extraordinary Broadway cast, crew, orchestra, creative team, and entire company who brought the show to the stage. They have risen to every challenge thrown at them over the last two years with a remarkable amount of resilience, good humor, passion, and love for one another.”

The show’s Broadway closing does not mark the end of its life. A production in Manchester, England is scheduled to begin in September, and a national tour will launch in October 2023.

Meanwhile, another Broadway show headed towards its own closing got an unexpected lease of life: for colored girls… has added an additional two weeks to its run, and will now continue through June 5. The extension follows an uptick in audience demand after the closing announcement, stemming in part from a “pay it forward” Twitter campaign spearheaded by theater journalist Ayanna Prescod.