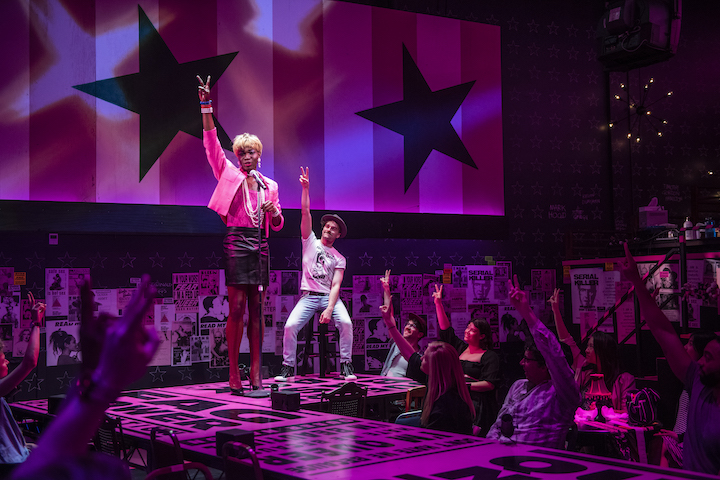 It’s 2019 and history is being made. This year, we commemorate the 50th anniversary of the Stonewall Riots in New York City, and the idea of a world without AIDS has progressed farther than an idealistic dream. Against this backdrop, Steppenwolf Theatre Company’s Ms. Blakk for President arrives to help audiences take stock of LGTBQ community progress. Set in 1992, the world premiere production recalls an America with outdated social mores that feel older than just 27 years. At the same time, this high-energy stampede through recent history clarifies that we have much more work to do.

Co-written by Steppenwolf ensemble members Tina Landau (SpongeBob SquarePants: The Broadway Musical) and Tarell Alvin McCraney (an Oscar winner for “Moonlight”), Ms. Blakk for President brings us the true story of Terence Alan Smith, aka Ms. Joan Jett Blakk. As the proverbial curtain rises, she officially launches her campaign to become America’s first drag queen President. Though the run is somewhat tongue-in-cheek, with a slogan of “Lick Bush in ’92,” Ms. Blakk is no joke. The passionate advocate first tested her political campaign mettle with a 1990 run for Mayor in Chicago. The effort garnered enough attention for a magazine cover photo with City Hall Boss Richard M. Daley. 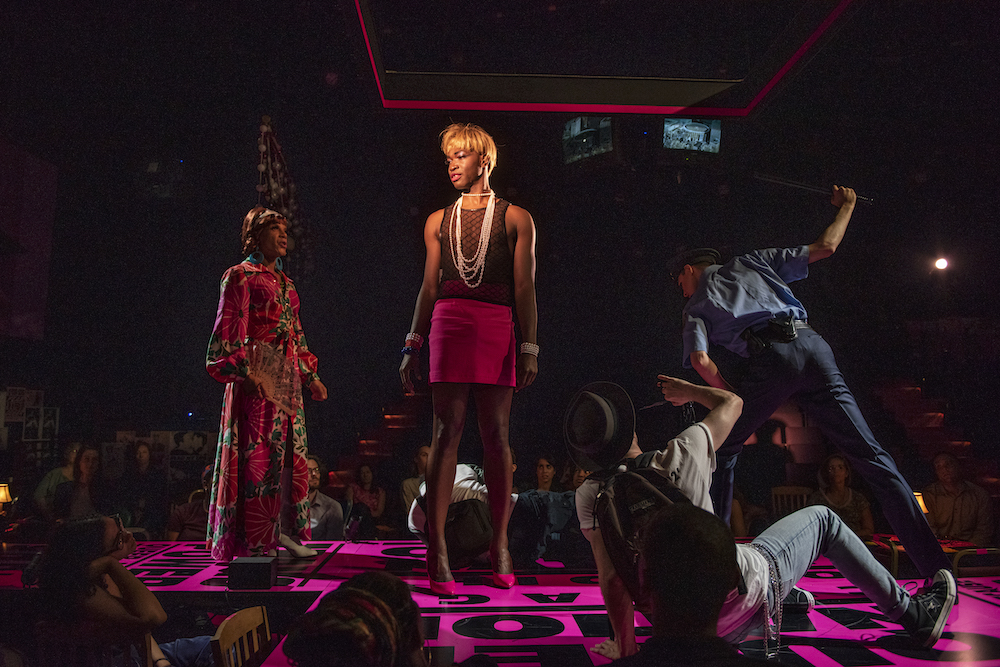 The cast of ‘Ms. Blakk for President.’ (Photo: Michael Brosilow)

Younger audience members who’ve come of age in the era of “RuPaul’s Drag Race” may not immediately recognize Ms. Blakk’s public political crusades as the daring acts of civil disobedience that they were in 1992. To help provide context, the production makes liberal use of historical video footage displayed on old-fashioned tube TVs hung from the Steppenwolf’s Downstairs Theatre ceiling. We are still two years away from President Bill Clinton’s abominable “Don’t Ask, Don’t Tell” military service policy, and four years out from the Defense of Marriage Act (DOMA). The AIDS crisis is in full swing and people are dying.

As the candidate representing Queer Nation just four years after Ronald Reagan left the White House, Ms. Blakk and her support team have one real ambition: to get on the floor of the Democratic National Convention, hosted that year in New York City. In a pre-Internet media landscape, global television cameras trained on a man in a dress had the potential to draw significant attention to a modest agenda. In full makeup, tall and dignified, Ms. Blakk goes to New York with a message. The right to life and liberty guaranteed by the American Constitution applies to LGBTQ citizens, too. Those promises have been betrayed by hate, violence and a listless approach to combatting an AIDS epidemic that has legions of America’s finest young men lying in hospital beds. 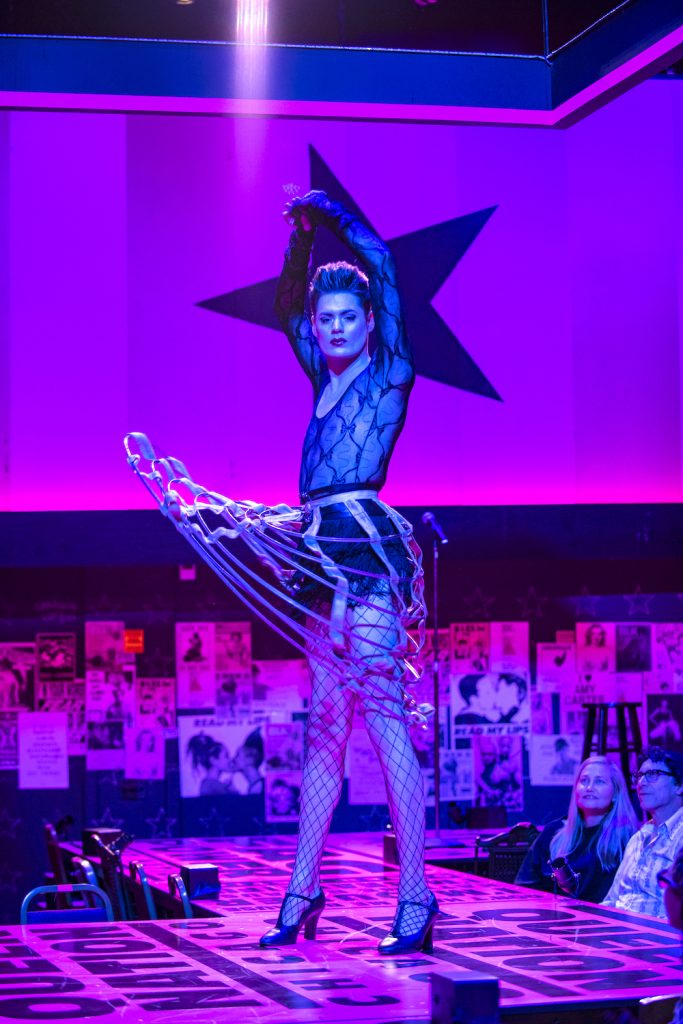 For 100 glittery, multi-media minutes (no intermission) the Steppenwolf Downstairs Theatre is transformed into a catwalk, a nightclub, a convention floor and a safe space for quiet reflection. The versatile, intimate work done by director Tina Landau along with her technical and creative teams cannot be praised highly enough.

The cast of just four performers creates a whole universe of beauty and talent. This seems impossible given the constant swirl of action and color, but it is true. Third walls are broken. Time and sequencing are ephemeral playthings. And I’m ready to buy actor Sawyer Smith’s first album. His late production performance of Queen’s, “The Show Must Go On,” is a heart stopper.

Toward the end of the powerful, colorful and exciting production, Ms. Blakk’s campaign manager Mark (Patrick Andrews) tells her, “This was never supposed to be about you.” In life as in fiction, Terence Alan Smith and his drag alter ego were motivated by a higher and more common good. But this story is most definitely about Ms. Joan Jett Blakk — and it deserves to be widely seen.