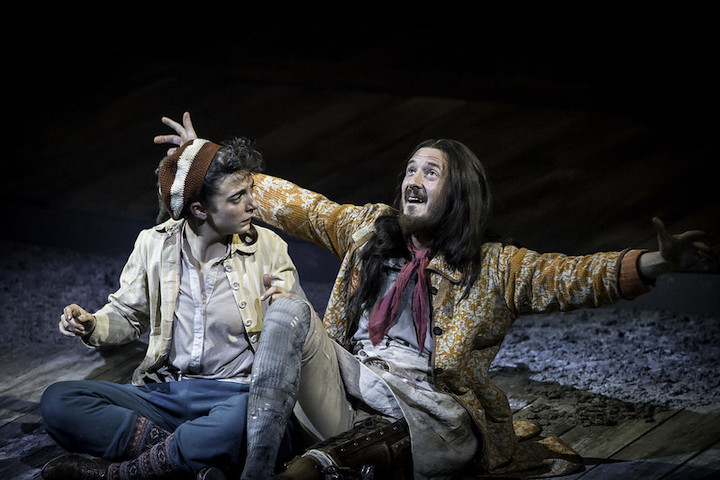 Alongside the streamed productions, National Theatre at Home will also feature accompanying interactive content such as Q&As with cast and creative teams and post-stream talks. Working closely with YouTube, other productions streamed as part of National Theatre at Home include Sally Cookson’s stage adaptation of Charlotte Brontë’s Jane Eyre on April 9, Bryony Lavery’s adaptation of Robert Louis Stevenson’s Treasure Island on April 16, and Twelfth Night on April 23 featuring Tamsin Greig as Malvolia in Shakespeare’s classic comedy, with further titles to be announced.

“Our ambition at the National Theatre is to create work which is challenging, entertaining and inspiring and we’re committed to continuing that through these difficult times. I’m thrilled that we’re able to fulfill this ambition in a different way through our collaboration with YouTube,” said Executive Director and Joint Chief Executive Lisa Burger. “I am exceptionally proud of the team at the National Theatre for working so hard to create National Theatre at Home and also to the rights holders who have been so supportive of this new initiative allowing us to bring theatre to households right across the world.”

“We have delved into the National Theatre Live archive and curated a program that’s varied from comedy to new dramas to classics so there is something for everyone to enjoy from their own homes,” Burger continued. “We will be streaming each production at the same time each week in order to recreate, where possible, the communal viewing experience and we hope this will be an opportunity for people to share their enjoyment together online.”