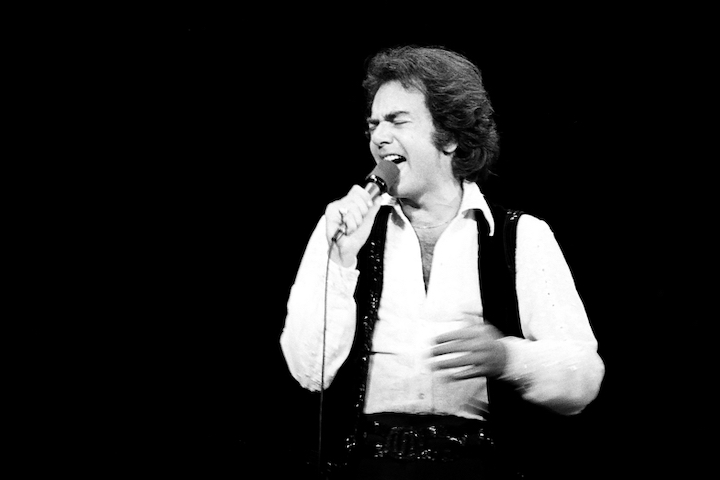 Sweet Caroline, a Neil Diamond musical, is in the works! A Beautiful Noise, a new production about the Grammy Award-winning legend’s life, will have a premiere in Boston next summer before eyeing a Broadway run.

Tony Award-winning producer Ken Davenport (the recent Once on This Island revival) and original member of the Four Seasons Bob Gaudio (who is also depicted in the jukebox musical Jersey Boys) serve as the producers on this show. Gaudio has produced six complete albums for Diamond. Earlier this week, the two announced that A Beautiful Noise will have its world premiere at Boston’s Emerson Colonial Theatre next summer in a limited four-week engagement. Performances for the Diamond musical will begin Tuesday, June 21, 2022, and play through Sunday, July 17, 2022, before the show’s hopeful Broadway run. Tickets and further information will be announced at a later date.

The musical, which will feature Diamond’s songs and a book written by Anthony McCarten (screenwriter of Bohemian Rhapsody and two-time writing Oscar nominee for The Theory of Everything and The Two Popes), direction by Tony Award winner Michael Mayer (Spring Awakening), and choreography by three-time Tony Award nominee Steven Hoggett (Once, Rocky, and The Curious Incident of the Dog in the Night-Time).

Diamond has sold more than 100 million records worldwide, making him one of the best-selling musicians of all time. Some of his memorable hits include “Sweet Caroline,” “Love on the Rocks,” “Cherry Cherry,” and “Song Sung Blue,” amongst others.

“I’ve had the joy of coming to Boston on countless occasions, but one of the most special was my 2013 trip to Fenway where I had the honor of being part of a moment of relief, unity, strength, and love,” Diamond said in a statement. 2013 was the year of the Boston Marathon bombing, and that may be the incident Diamond is referencing as it marked a special time of gathering and unity amongst Bostonians. “Next summer, when A Beautiful Noise has its first performance at the Emerson Colonial Theatre, and we’re all able to safely be in the same space together, experiencing the thrill of live theater, I imagine those same emotions will wash over me and the entire audience. Relief… Unity… Strength… Love…  I can’t wait to share that experience.”