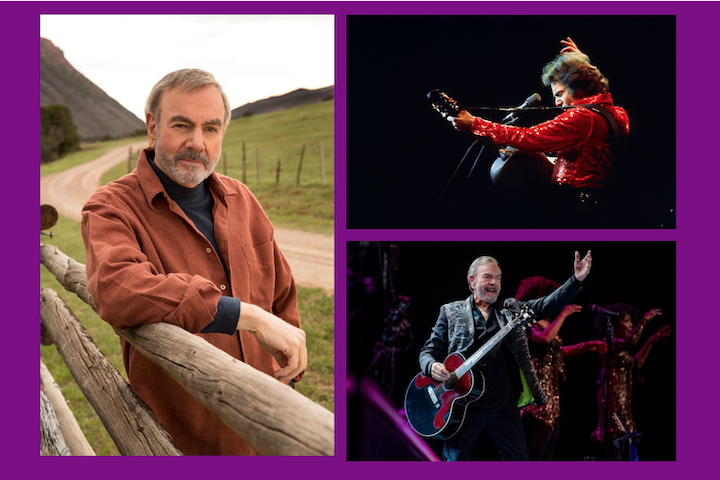 Producers Ken Davenport and Bob Gaudio announced this week that a new biographical musical telling the incredible life story of legendary singer-songwriter Neil Diamond, as yet untitled, is currently in development for Broadway.  Boasting a score of Diamond’s greatest hits and a book by three-time Academy Award-nominated dramatist Anthony McCarten(Bohemian Rhapsody, Darkest Hour, The Theory of Everything), the musical will be directed by Tony Award winner Michael Mayer (Head Over Heels).

About this new project, Mr. Diamond said, “I’ve always loved Broadway.  The inspiration for many of my early songs came from shows like West Side Story, My Fair Lady and Fiddler on the Roof, so it seems only fitting to bring my songs to The Great White Way.  I’m honored and excited to be working with this great team.”

In a statement, Mr. McCarten said, “On the mantle-piece in my childhood home in New Zealand, there were always two pictures: one was of the Pope, the other of Neil Diamond. The epic musical catalog of this Rock and Roll Hall of Famer flowed endlessly off our family record player.  As a child, you took it into yourself, and to this day I can recite the lyrics of his hits deep into their second or third verses. Imagine my excitement, then, when the opportunity arose to work with Neil on a musical based on his life and music. A very, very easy and so sweet ‘Yes!’”

Mr. Gaudio added, “Having been intimately associated with one very special biographical musical, I am clearly a fan of the form.  And as a fellow member of the Rock and Roll Hall of Fame, I remain in awe of Neil Diamond’s contribution to American popular culture, music, and of his incredible life story.”

With his first break into songwriting in the 1960s and his meteoric rise in the 1970s, and plenty of crushing disappointments and heart-stopping triumphs along the way, Neil Diamond has maintained an almost unthinkable level of superstardom for five straight decades.  How did a poor, Jewish kid from Brooklyn become one of the most universally adored showmen of all time?  There’s only one way to tell it: a musical set to his era- and genre-defining smash hits that entranced the world.