Top Posts
‘Company’ to Hit the Road on North American...
Meet the Full Cast of ‘Shucked,’ Coming to...
Full Cast for ‘Parade’ Announced
Stephen McKinley Henderson Gives the Performance of His...
The McKittrick Hotel Announces the Return of ‘The...
Broadway Stars Honored with Academy Award Nominations
Taylor Trensch, Danny Wolohan, and More Join the...
A Gay Road Trip Comes to The Brick...
Maude Apatow of ‘Euphoria’ is the Next Audrey...
Tony Award Winners to Star in ‘Hercules’ at...
Home Buzz New Musical ‘Lempicka’ Releases a Single
Buzz 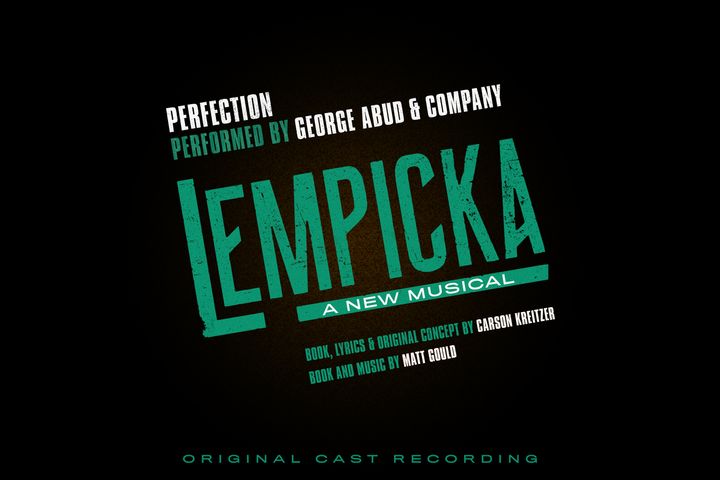 The new single from the forthcoming Original Cast Recording of Lempicka, “Perfection,” was produced by Matt Stine, and recorded and mixed by Isaiah Abolin. The track was recently recorded at Berklee at PowerStation and mastered by Oscar Zambrano for Zampol Productions.

When it had its world premiere at Williamstown Theatre Festival (Mandy Greenfield, Artistic Director) in 2018, it became the must-see event of the summer. The New York Times asked, “Is Lempicka the new Evita? A politically tumultuous tale of blond ambition with epic sweep has arrived,” and The New York Times called the show, “Incandescent! An exciting new work which gives musical theater fans who’ve been wondering why they don’t write dominating parts for women anymore have reason to cheer. Matt Gould’s stirring, richly polyphonic music with lyrics by Carson Kreitzer layers voices against each other like lovers between the sheets and Rachel Chavkin is a miracle worker.”

Amidst the violence of the Russian Revolution, a young painter named Tamara de Lempicka and her aristocrat husband are forced to abandon their luxurious lifestyle and flee to the dubious safety of Paris. Relying on her raw talent and relentless ambition, Tamara claws her way from penniless refugee to in-demand portraitist, earning a place among Parisian high society. Her world is upended once again when she meets Rafaela, a free spirit from the city slums, who introduces Tamara to a new world of decadence and passion. Torn between her new muse and her husband, fighting to leave her mark on an ever-changing world, Tamara must discover the depths of her own strength to survive.

Spanning decades of political and personal turmoil and told through a thrilling, pop-infused score, Lempicka boldly explores the contradictions of a world in crisis, a woman ahead of her era, and an artist whose time has finally come.