Top Posts
‘Company’ to Hit the Road on North American...
Meet the Full Cast of ‘Shucked,’ Coming to...
Full Cast for ‘Parade’ Announced
Stephen McKinley Henderson Gives the Performance of His...
The McKittrick Hotel Announces the Return of ‘The...
Broadway Stars Honored with Academy Award Nominations
Taylor Trensch, Danny Wolohan, and More Join the...
A Gay Road Trip Comes to The Brick...
Maude Apatow of ‘Euphoria’ is the Next Audrey...
Tony Award Winners to Star in ‘Hercules’ at...
Home Beyond Broadway New Musical ‘The Time Traveller’s Wife’ Headed to the UK
Beyond BroadwayBuzz 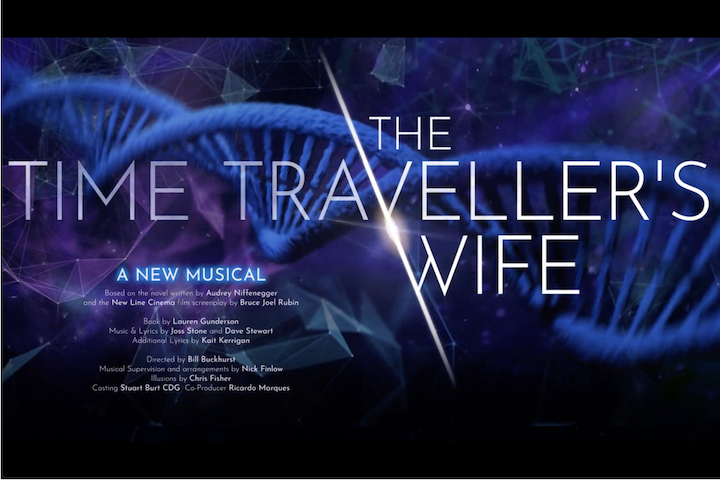 A new musical is headed to the UK in late 2021 or early 2022. Audrey Niffenegger’s The Time Traveller’s Wife, an international bestseller and the author’s debut novel from 2003, will be adapted to the stage. No casting or dates have been announced thus far, nor has a theatre, so whether the show will go straight to the West End or have a tryout run beforehand is still to be announced.

The musical adaptation features a book by America’s most produced playwright Lauren Gunderson, original music and lyrics by Joss Stone and Dave Stewart, and additional lyrics by Kait Kerrigan. Bill Buckhurst will helm the new production as director. Buckhurst has a number of credits in both the States and U.K.: in the U.S., he directed the much-celebrated Sweeney Todd Off-Broadway revival at the Barrow Street Theater, and across the pond (and beyond) he led a 197-nation tour of Hamlet.

A gorgeous and sweeping novel, The Time Traveller’s Wife is a love story about Henry, a man with a genetic disorder that causes him to time travel unpredictably, and Clare, his wife, an artist, who has to cope with his frequent absences and dangerous experiences of reappearing in odd places.

Produced by New Line Cinema, a film adaptation of the novel was released in 2009 by Warner Bros. Pictures and starred Rachel McAdams and Eric Bana. Hopefully, when the musical hits the stage, the leading actors will be just as starry!