Top Posts
‘Company’ to Hit the Road on North American...
Meet the Full Cast of ‘Shucked,’ Coming to...
Full Cast for ‘Parade’ Announced
Stephen McKinley Henderson Gives the Performance of His...
The McKittrick Hotel Announces the Return of ‘The...
Broadway Stars Honored with Academy Award Nominations
Taylor Trensch, Danny Wolohan, and More Join the...
A Gay Road Trip Comes to The Brick...
Maude Apatow of ‘Euphoria’ is the Next Audrey...
Tony Award Winners to Star in ‘Hercules’ at...
Home Buzz Three to See: January
BuzzHot Ticket A new decade means a cornucopia of new shows opening in New York City this winter. New plays, musicals and revivals are yours for the taking. NYC Broadway Week (January 21 – February 9) offers you the chance to snag 2-for-1 tickets to some of your favorite shows.

Here are our top three picks for the month:

Emojiland
Have you gotten used to speaking in emojis? You’re not the only one. But what would happen if emojis were — gasp — real? A smiley face must cope with depression and a princess who doesn’t want to meet a prince are some of the high-stakes dramas facing this kooky cast of characters in a new musical featuring book, music and lyrics by Keith Harrison and Laura Schein.

The A-list cast features Leslie Margherita (Dames at Sea) as Princess, Josh Lamon (The Prom) as Prince, and Ann Harada (Rodgers & Hammerstein’s Cinderella, Avenue Q as Pile of Poo. This could all go terribly wrong or be a hilarious respite from the winter blues. 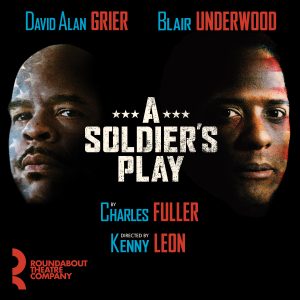 A Soldier’s Play
It won the Pulitzer Prize for Drama, but technically, this is the first time that Charles Fuller’s masterful work will appear on Broadway. (It premiered Off-Broadway in 1981.)

It’s 1944 and a sergeant is murdered on a Louisiana army base. The crime and its investigation reveal the underbelly of racism in America. This production, directed by Kenny Leon, co-stars three-time Tony nominee David Alan Grier and two-time Golden Globe nominee Blair Underwood. The Confession of Lily Dare
Charles Busch returns to his creative home at Primary Stages for his latest work, which “tells the story of one woman’s tumultuous passage from convent girl to glittering cabaret chanteuse to infamous madame of a string of brothels—all while hiding her undying devotion to the child she was forced to abandon.” How’s that for drama?