Top Posts
‘Company’ to Hit the Road on North American...
Meet the Full Cast of ‘Shucked,’ Coming to...
Full Cast for ‘Parade’ Announced
Stephen McKinley Henderson Gives the Performance of His...
The McKittrick Hotel Announces the Return of ‘The...
Broadway Stars Honored with Academy Award Nominations
Taylor Trensch, Danny Wolohan, and More Join the...
A Gay Road Trip Comes to The Brick...
Maude Apatow of ‘Euphoria’ is the Next Audrey...
Tony Award Winners to Star in ‘Hercules’ at...
Home Buzz Nick Cordero Tribute to Stream September 6
Buzz 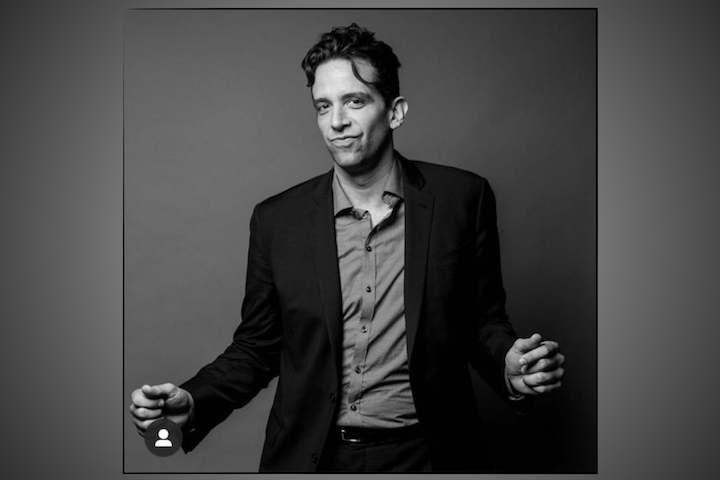 This special tribute and celebration of Nick’s life and career on stage will feature appearances by former castmates from productions including A Bronx Tale, Bullets Over Broadway, The Toxic Avenger, Rock of Ages and Waitress. As Nick’s family and friends come together to celebrate his life, the tribute event will include photographs, videos, memories and commentary from those he grew up with, worked with, and shared his talent with, as well as special performances by those with whom he shared the stage.

Cordero was best known for his Broadway performances in A Bronx Tale, Bullets Over Broadway, Waitress, and Rock of Ages. Born on September 17, 1978, in Hamilton, Ontario, Cordero’s professional acting career began with Tony n’ Tina’s Wedding in Toronto, which he followed with a few years performing on cruise ships.

After moving to New York in 2007, he starred in The Toxic Avenger, first in New Jersey and then Off-Broadway. In 2012, Cordero joined the Broadway cast of Rock of Ages, before landing his breakout role in 2014’s Bullets Over Broadway playing Cheech, a gangster with a fondness for theater and talent for tap, in the musical adaptation of Woody Allen’s 1994 film. The role earned him the Outer Critics Circle Award for Outstanding Featured Actor in a Musical and a Theater World Award, as well as a Tony Award nomination for Best Performance by an Actor in a Featured Role in a Musical and a Drama Desk Award nomination for Outstanding Featured Actor in a Musical.

In March 2016, Cordero joined the Broadway production of Waitress, playing the role of Earl. He was also a member of the original company of the musical A Bronx Tale, which earned him a 2017 Drama Desk Award nomination for Outstanding Featured Actor in a Musical. His most recent performance was in the immersive production of Rock of Ages at the Bourbon Room in Hollywood, California. Nick’s television credits include “Queer as Folk,” “Lilyhammer,” “Blue Bloods,” and “Law & Order: SVU.” His film credits include Don Juan, A Stand Up Guy, Going in Style, Inside Game, and Mob Town. On September 3, 2017, Cordero married Amanda Kloots. The two met while in Bullets Over Broadway together. They welcomed their son, Elvis, in 2019.

The celebratory memorial tribute will be free of charge, with donations benefiting the Save The Music Foundation.