Top Posts
‘Company’ to Hit the Road on North American...
Meet the Full Cast of ‘Shucked,’ Coming to...
Full Cast for ‘Parade’ Announced
Stephen McKinley Henderson Gives the Performance of His...
The McKittrick Hotel Announces the Return of ‘The...
Broadway Stars Honored with Academy Award Nominations
Taylor Trensch, Danny Wolohan, and More Join the...
A Gay Road Trip Comes to The Brick...
Maude Apatow of ‘Euphoria’ is the Next Audrey...
Tony Award Winners to Star in ‘Hercules’ at...
Home Show Folk Mourning the Death of Broadway Actor Nick Cordero
Show Folk 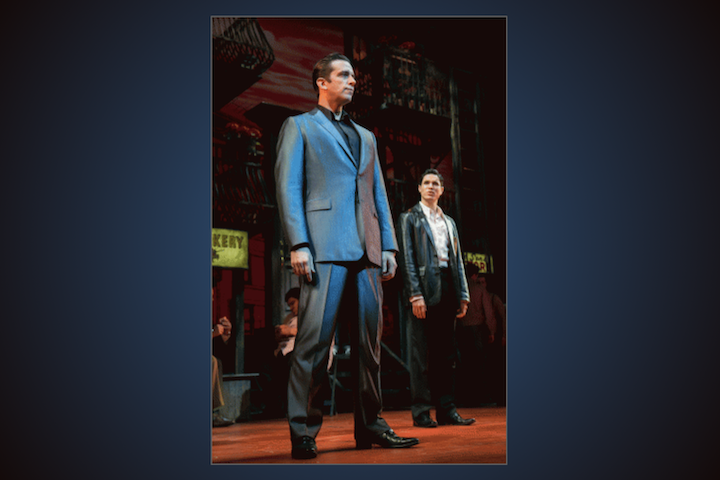 Broadway actor Nick Cordero became a symbol of the nation’s fight against coronavirus. After more than three months in the hospital, a leg amputation and multiple infections that depleted the new father’s body to the point beyond recovery, the 41-year old succumbed to the disease at Cedars-Sinai Medical Center in Los Angeles.

Cordero’s wife Amanda Kloots rallied family, friends and the nation at large on her husband’s behalf, often taking to Instagram to provide updates on Cordero’s progress.

“God has another angel in heaven now,” wrote Kloots in her Instagram post. “My darling husband passed away this morning. He was surrounded in love by his family, singing and praying as he gently left this earth.”

God has another angel in heaven now. My darling husband passed away this morning. He was surrounded in love by his family, singing and praying as he gently left this earth. ⠀ I am in disbelief and hurting everywhere. My heart is broken as I cannot imagine our lives without him. Nick was such a bright light. He was everyone’s friend, loved to listen, help and especially talk. He was an incredible actor and musician. He loved his family and loved being a father and husband. Elvis and I will miss him in everything we do, everyday. ⠀ To Nicks extraordinary doctor, Dr. David Ng, you were my positive doctor! There are not many doctors like you. Kind, smart, compassionate, assertive and always eager to listen to my crazy ideas or call yet another doctor for me for a second opinion. You’re a diamond in the rough. ⠀ ⠀ I cannot begin to thank everyone enough for the outpour of love , support and help we’ve received these last 95 days. You have no idea how much you lifted my spirits at 3pm everyday as the world sang Nicks song, Live Your Life. We sang it to him today, holding his hands. As I sang the last line to him, “they’ll give you hell but don’t you light them kill your light not without a fight. Live your life,” I smiled because he definitely put up a fight. I will love you forever and always my sweet man. ❤️ Cordero made his Broadway debut as a replacement in Rock of Ages, but it was his terrific portrayal of Cheech the bodyguard in the musical adaptation of Bullets Over Broadway that caught critics’ eyes (as well as Kloots, who was in the ensemble). Cordero earned a Tony Award nomination for his performance and went on to originate roles in Waitress and A Bronx Tale.

Kloots and her family had been staying in Bullets Over Broadway co-star Zach Braff’s LA guest house throughout Cordero’s hospitalization. Braff posted on Twitter, “I can honestly tell you I have never met a kinder human being.”

Nick Cordero passed at 11:40am today with his mother and wife by his side. I can honesty tell you I have never met a kinder human being. Don’t believe that Covid only claims the elderly and infirm.
I am so grateful for the time we had. “We’ll catch up some other time.” pic.twitter.com/Oq2a8QsIyH

The Canadian-born Cordero loved theater as a child and caught an early break when cast in the Canadian company of the interactive, improv-based Tony ‘n Tina’s Wedding. He went on to work on cruise ships, then moved to New York City, where he landed the title role in the campy musical adaptation of The Toxic Avenger.

The theater community, and eventually the entire nation, rallied behind Cordero as his circumstances became more public. In some ways, he became a symbol of the greater battle against COVID-19. People saw their son, their brother and their friend in his fight to survive.

I will miss you. You were a wonderful man. A wonderful husband. The happiest dad I knew. A good friend to me. My love & prayers go out to your family #NickCordero

RIP #NickCordero. You were a joy to harmonize with. I am so sad that this was your end. Your country owed you better. #Covid19

Words can’t express the heartbreak clearly enough. He was one of the best. Everyone who knew him felt this way. This is such a profound loss. Rest In Peace, friend. We will miss you terribly. #NickCordero

A GoFundMe page has been established to assist with medical bills.