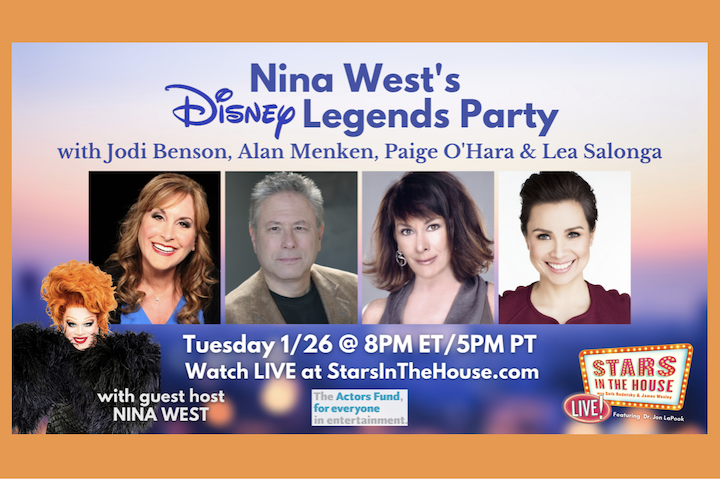 Our favorite drag superstar Nina West is bringing her stilettos to step into the shoes of Stars in the House co-creators and hosts Seth Rudetsky and James Wesley. West will take over the show on Tuesday, January 26 (8 p.m. ET) for a special Disney-themed event.