Top Posts
‘Company’ to Hit the Road on North American...
Meet the Full Cast of ‘Shucked,’ Coming to...
Full Cast for ‘Parade’ Announced
Stephen McKinley Henderson Gives the Performance of His...
The McKittrick Hotel Announces the Return of ‘The...
Broadway Stars Honored with Academy Award Nominations
Taylor Trensch, Danny Wolohan, and More Join the...
A Gay Road Trip Comes to The Brick...
Maude Apatow of ‘Euphoria’ is the Next Audrey...
Tony Award Winners to Star in ‘Hercules’ at...
Home Beyond Broadway NYC’s Longest-Running Play, ‘Perfect Crime,’ Turns 35
Beyond BroadwayBuzz 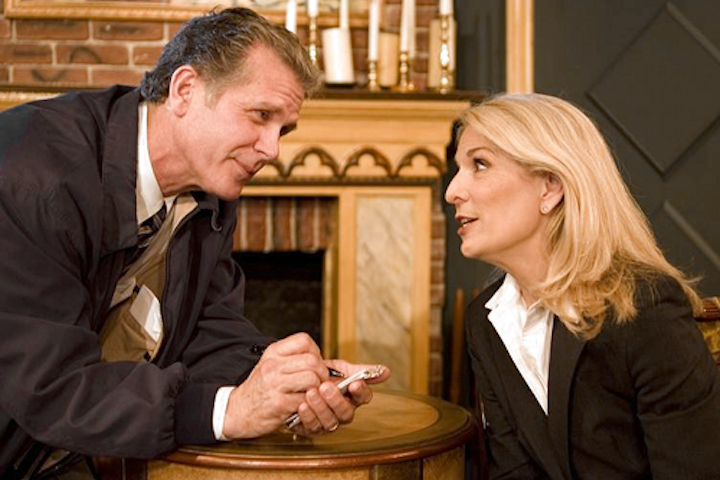 Theater fans old and new are returning to the scene of the crime this spring as New York City’s longest-running play, Perfect Crime, celebrates its 35th anniversary on Monday, April 18.

For the celebratory performance (performance #13,902), the entire audience will be invited to a party at The Theater Center (home to the show) to celebrate the anniversary with food, drink and open bar. Complimentary champagne will flow for audience members before the show and during intermission.

The production, written by the late Warren Manzi and produced by Armand Michael Hyatt, has the distinction of being the only show (on or Off-Broadway) that has run in New York City during the 80s, 90s, 2000s, 2010s, and now the 20s. The ‘urban legend’ has managed to withstand the test of time-evolving with the changing styles, technology, culture, audiences, and various crisis’ around it.

Perfect Crime began its run in a very different New York City: the internet was in its infancy, cell phones were a rarity, and a subway ride only cost a dollar! (And you could use a token to pay!)

The show’s leading lady, Catherine Russell, has been in the production since its first performance and has never taken a sick day or a vacation day in the past 35 years — a feat that has landed her in the Guinness Book of World Records. Russell’s incredible streak has been featured on Entertainment Tonight, The Today Show, Good Morning America and in the New York Times, the Wall Street Journal, the New York Daily News and numerous other media outlets including The Associated Press and People, which dubbed her “The Cal Ripken of Broadway.”

The perfect show for CSI and Law & Order fans, Perfect Crime tells the story of brilliant but money-hungry psychiatrist and suspected cold-blooded killer Margaret Brent, her wealthy husband, deranged patient, and the handsome detective who’s falling in love with her while trying to solve the crime.