Top Posts
‘Company’ to Hit the Road on North American...
Meet the Full Cast of ‘Shucked,’ Coming to...
Full Cast for ‘Parade’ Announced
Stephen McKinley Henderson Gives the Performance of His...
The McKittrick Hotel Announces the Return of ‘The...
Broadway Stars Honored with Academy Award Nominations
Taylor Trensch, Danny Wolohan, and More Join the...
A Gay Road Trip Comes to The Brick...
Maude Apatow of ‘Euphoria’ is the Next Audrey...
Tony Award Winners to Star in ‘Hercules’ at...
Home Beyond Broadway Off-Broadway Review: ‘Tammany Hall’
Beyond BroadwayReviews 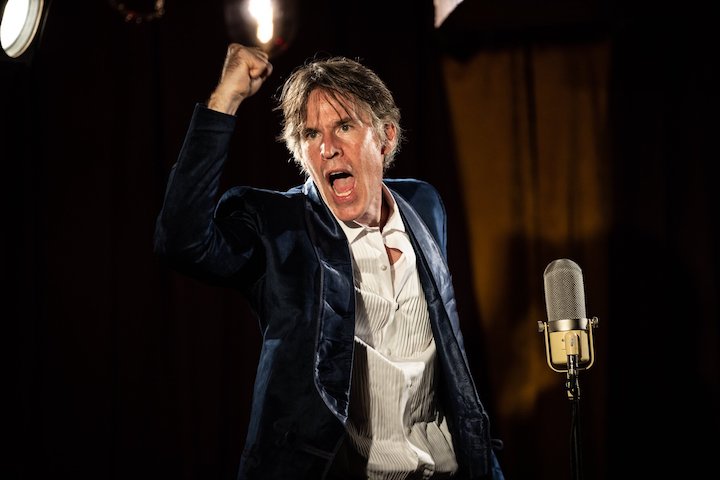 Remember when politicians were noble and led with honor?  When they’d never pander to constituents or hold an open palm for dodgy donations from sketchy cronies? Neither do Darren Lee Cole or Alexander Wright, co-creators and directors of Tammany Hall, a slick theatrical piece about New York City’s election night on November 5, 1929.

Audiences usually accustomed to seeing shows at Soho Playhouse will be pleasantly surprised by the drastic transformation that has occurred, thanks to Dan Daly’s clever set design. Only true insiders may know that 15 rooms in this theater were once a popular hotspot for the real people depicted in this story. At 15 Vandam Street, the Huron Club began as a legitimate haunt for members of the Democratic Party, but as their thirst for power increased, so did their indiscretions through a group known as Tammany Hall. Nearly a century later, that historic election and the events surrounding it make for an engaging night of entertainment. 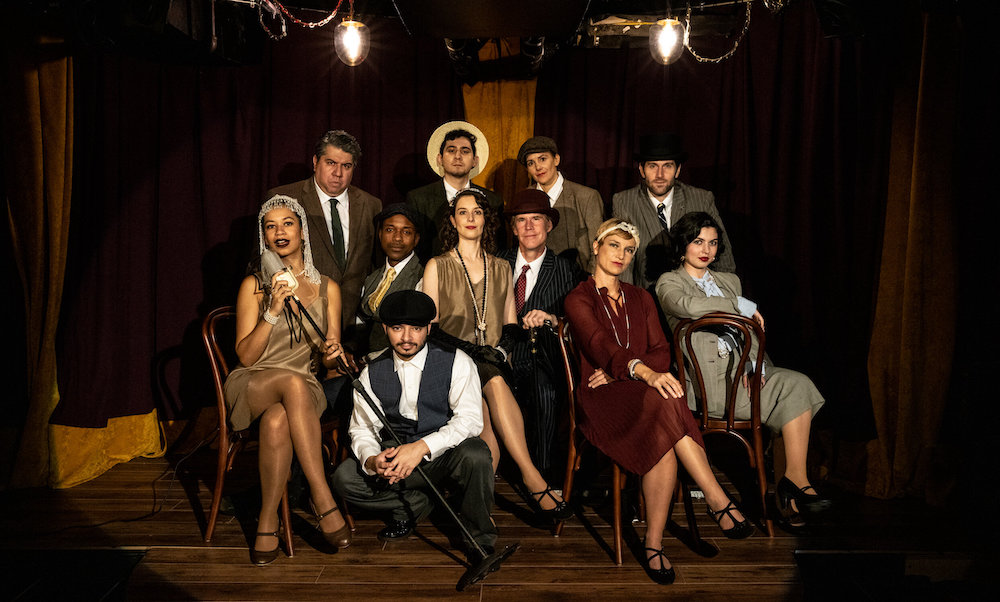 Upon arrival, audiences are divided into different areas. My group was immediately escorted up the stairs, but not before some housekeeping from “Battery Dan” Finn (Andrew Broaddus), who instructed silence during the production. Otherwise, “we’re gonna have to throw ya out.” It’s wise to heed the advice from this guy — and nearly everyone else you’ll meet throughout the night. George Washinton Olvany (Isaac J. Conner), another Tammany heavyweight, loomed behind him, determining whether he could count on these new recruits to support Beau James Walker (Martin Dockery), the incumbent New York City mayor running against Fiorello La Guardia (Christopher Romero Wilson). Walker and LaGuardia take to an actual boxing ring for a lively debate about the city’s future. Afterward, we were led to another room, which served as Olvany’s office, to learn why we should throw our support to Walker.

Later, audience members reunite in the theater space to watch some musical selections from Violet, a new musical starring Betty Compton (Marie Annello), and her fellow show folk:  Kiki (Chloe Kekovic), Smarty (Sami Petrucci) and Ritzy (Charly Wenzel). The subplot doesn’t add much depth to the story but is a pleasant diversion from the night’s politics. However, we do learn that the married Walker is financing this venture, thanks solely to his affair with Compton.

The night ended downstairs in the speakeasy, where corruption finally catches up to Walker and his crew. Without giving away the ending, there’s a reason why New York doesn’t have an airport named for Walker, an insight shared by my theater guest.

Along with associate director Megan Drury, Wright and Cole have assembled a finely-tuned cast, many of whom resemble their real-life figures. This type of material could easily become farcical and unrealistic, but instead, it maintains a high level of truth and integrity, unlike the actual Tammany Hall, which dissolved in the late 1960s.

Some research before attending will help add to the experience, but even without it, this event is the winning ticket.

Ryan Leeds is a freelance theater, food, and nightlife journalist who lives in Manhattan. He is the Chief Theater Critic for Manhattan Digest and a frequent contributor to Dramatics Magazine and The Broadway Blog. Follow him on Twitter, Facebook, or Instagram.