Top Posts
‘Company’ to Hit the Road on North American...
Meet the Full Cast of ‘Shucked,’ Coming to...
Full Cast for ‘Parade’ Announced
Stephen McKinley Henderson Gives the Performance of His...
The McKittrick Hotel Announces the Return of ‘The...
Broadway Stars Honored with Academy Award Nominations
Taylor Trensch, Danny Wolohan, and More Join the...
A Gay Road Trip Comes to The Brick...
Maude Apatow of ‘Euphoria’ is the Next Audrey...
Tony Award Winners to Star in ‘Hercules’ at...
Home Buzz Off-Broadway Review: ‘The Visitor’
Buzz 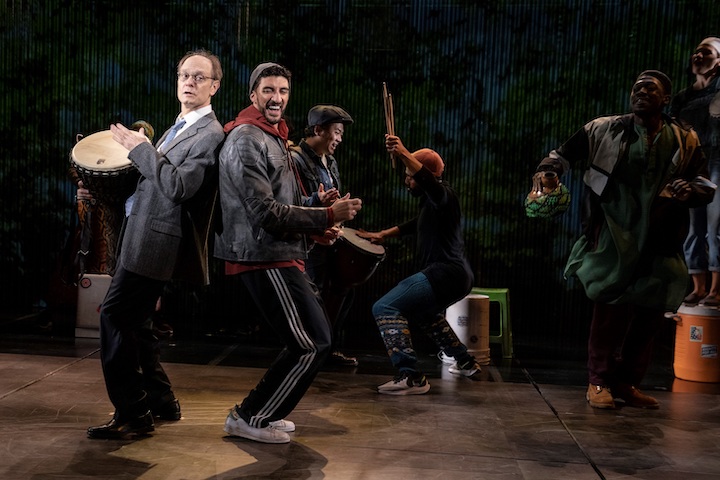 The Visitor, which opened last night at The Public Theater, is the latest work to question what stories theatermakers choose to tell and how they tell them.

Based on the film of the same name and featuring a score by Tom Kitt and Brian Yorkey (Next to Normal), and book by Kwame Kwei-Armah (former artistic director of Baltimore Center Stage) and Brian Yorkey, the production was in its final week of rehearsal before the onset of COVID, which delayed its opening by more than a year.

Since that time, one of its leading actors, Ari’el Stachel, left the production, stating, “I got to the point where I couldn’t separate the experiences I was having in the world with what I was doing on stage,” according to Deadline, who also reported a delay in preview performances to “allow the creative team time to address areas of concern raised by company members over depictions of race and representation.” Ahmad Maksoud has since stepped into the role of Tarek, a Syrian Dreamer arrested for jumping a subway turnstile who then faces deportation.

The percussive musical shifts much of its gaze, though, not on Tarek’s journey or that of his mother Mouna (Jacqueline Antaramian) ) or Senegalese girlfriend Zainab (Alysha Deslorieux), but of the aging white professor Walter (David Hyde Pierce), who befriends the couple when he stumbles upon them illegally subletting his New York City apartment while taking a respite from his Ivy League professorship.

It is mostly through Walter’s lens that we get a sense of Tarek’s experience as an undocumented Syrian-American, with both Tarek and his mother broadly portrayed. “This man deserved the best of what this country has to give and no just law would mean that such a man should disappear,” sings Walter as an epiphany and also as a call to action: “They say a single voice cannot be heard above the roar so we’ll raise a million voices and as one we’ll say—no more.” 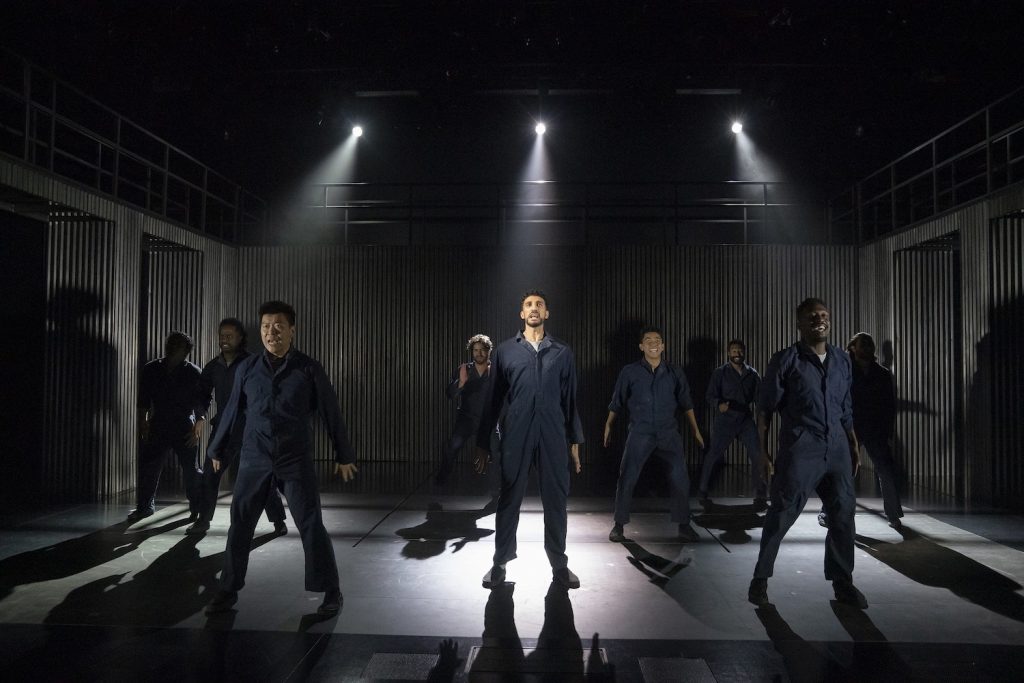 It’s a shallow cry when one considers the fate of the 700,000 real-life immigrants who illegally came to the U.S. as children. Other stage works have responded to the subject: Sanctuary City currently playing at the Lucille Lortel and Roundabout’s recent production of 72 Miles to Go….

Theater critic Vinson Cunningham recently commented in The New Yorker that “to write about a problem like immigration is, on some level, to risk drowning out individuals—real people, conditioned by time and stuck in place— and losing their precious individual contingencies in the loud rush of stronger, impersonal currents.”

Such is The Visitor’s slight downfall. The work still holds onto the heart that playwright Kwei-Armah first connected to watching the 2007 film on which the musical is based. But theater as an artform demands something different. Despite Lorin Latarro’s dynamic choreography and director Daniel Sullivan’s fluid staging, Tarek’s experience feels compartmentalized by the white professor who intends to be his savior but ultimately fails.

These are difficult conversations to have among creators and those hired to bring such stories to life. As the paradigm shifts to make room for more voices in the room, questions will be asked, criticisms made and change will eventually happen. The Visitor heads into the eye of the storm regarding its topicality, but the centrifugal force of the subject matter is never completely harnessed to turn dreamer into reality.

The Visitor
The Public Theater
225 Lafayette Street, NYC
Through December 5

Matthew Wexler is the Broadway Blog’s editor. Read more of his work at wexlerwrites.com.